A Florida teacher is under fire amid accusations she hosts a white nationalist podcast: report

Trump wants to arm teachers, but one was just outed as the possible host of a podcast promoting white nationalism 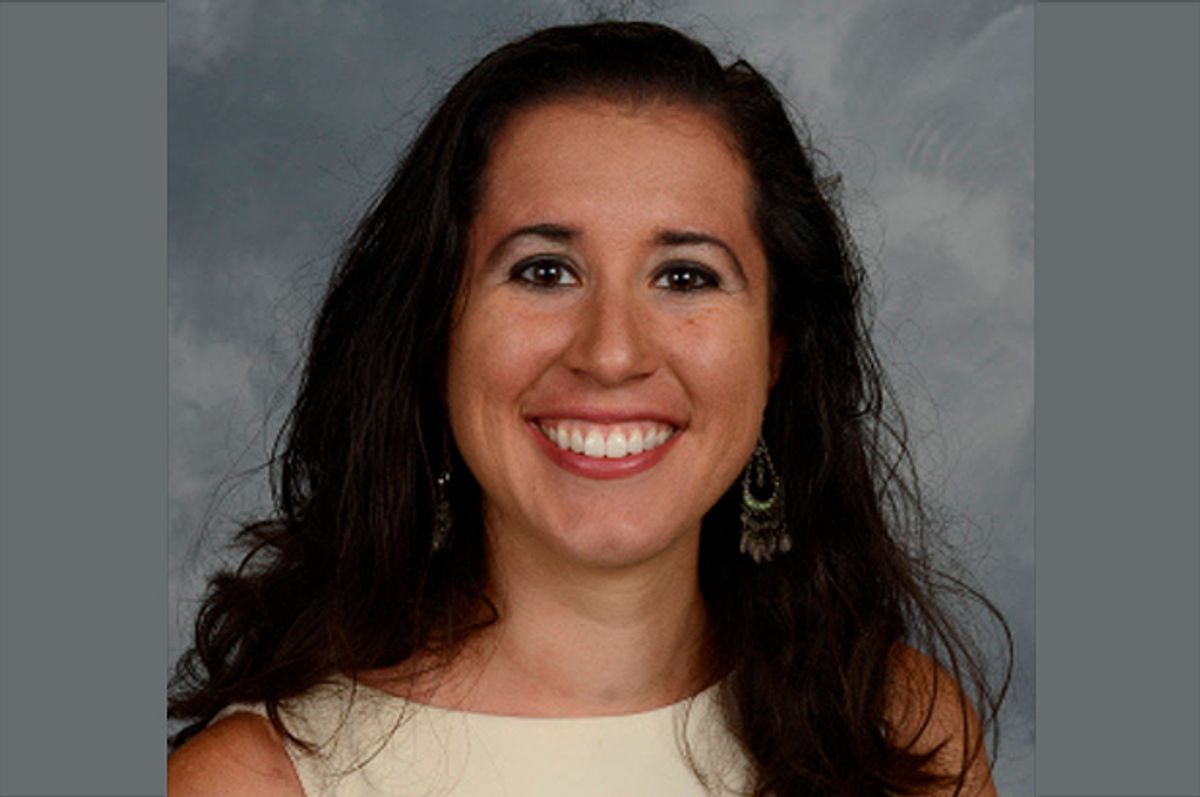 As President Donald Trump has floated the idea of arming school teachers and faculty in response to a nationwide push for action on guns, a Florida middle school teacher was reportedly outed for hosting a podcast in which she disguised her name and promoted white nationalism.

The podcast titled, "Unapologetic," was created and suspected to be secretly hosted by Dayanna Volitich, a 25-year-old social studies teacher at Crystal River Middle School, a new report from the Huffington Post revealed.

The report showed that Volitich was suspected of having hosted the show under the pseudonym "Tiana Dalichov." It also detailed that she frequently gloated about how she has hid her true beliefs from school administrators and infused her ideology into her teachings.

"I’ve had a couple instances where parents were concerned," she said under the pseudonym during a Feb. 26 episode, the Huffington Post reported. "One, at the beginning of the year, emailed the principal over my head. 'I’m worried that your teacher, she’s injecting political bias.'"

Volitich said she was approached by the school's principal, who asked, "Should I be worried?" Volitich recounted that she told her she had nothing to be concerned about.

"She believed me and backed off," Volitich said in an episode, under the pseudonym.

On the same episode, a guest bashed the idea of having diversity in schools and said, "a kid from Nigeria and a kid who came from Sweden are supposed to learn exactly the same." The guest added that they were expected to have the "same IQ" and that "science" has proven some races are more intelligent than others. Volitich "enthusiastically agreed" with her guest, the Huffington Post noted.

Her guest went on to make the case for more teachers going undercover in order to infiltrate public schools.

"They don’t have to be vocal about their views, but get in there!" the guest said, according to the Post. "Be more covert and just start taking over those places."

Under pseudonym, Volitich agreed, "Right, I am absolutely one of them."

The Citrus County School District's executive director of educational services would not confirm that Volitich was the host of the podcast, but would look into the report and check if her alleged statements violated ethics policies, the Post noted.

The news comes amidst a nationwide push for stronger gun control after the Marjory Stoneman Douglas High School shooting in Parkland, Florida, left 17 people dead. The movement has been led by students who survived the tragedy, as many have called for serious action and want politicians to distance themselves from the National Rifle Association.

Trump's position on guns has widely varied after he alarmed conservatives with strict gun control proposals last week, only to meet with the NRA the following day. However, one position the president has been adamant about is giving teachers and faculty the right to bear arms inside schools. The proposal has received massive pushback from teachers themselves, as well as plenty of others.