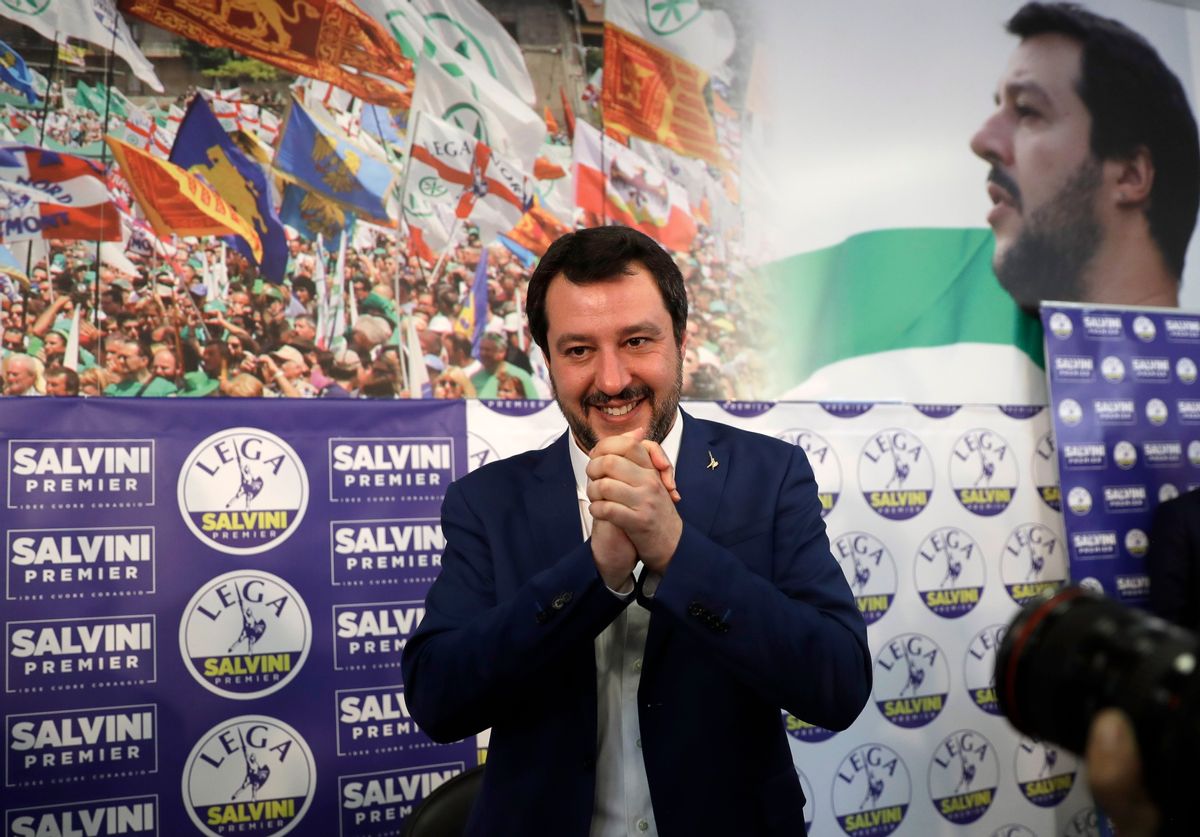 A series of sweeping victories for Italy's most conservative parties in Sunday's elections have raised new concerns about the growing popularity of anti-EU and anti-immigration political movements in Europe.

The Euroskeptic Five Star Movement and a far-right, anti-immigrant party known as the League were the biggest winners in the Sunday elections, according to The Washington Post. The Five Star Movement was the top winner between the two, picking up roughly 32 percent of the vote, and the organization's unmistakable anti-establishment message places it squarely within the same populist sweep that has been identified with President Donald Trump's election in the United States and the Brexit referendum in the United Kingdom.

By contrast, the grand coalition known as Moïsi — which combined the center-right movement that supported former Prime Minister Silvio Berlusconi with the liberal Democratic Party of former Prime Minister Matteo Renzi — fared quite poorly. Berlusconi's party only received 14 percent of the vote, according to The New York Times. The League, by contrast, received 18 percent of the vote.

One of the big issues driving the election results in Italy — as happened in the U.S. and Britain — was immigration. As predominantly Muslim migrants and refugees arrived in southern Italy across the Mediterranean from North Africa, Italian politicians struggled with balancing the discontent of Italian citizens who disliked the new immigrants and were worried about crime with humanitarian concerns about the plight of the migrants themselves. The League and its leader, Matteo Salvini, capitalized on Italian xenophobia by supporting mass deportations and an Italy-first approach to policymaking. It was a remarkable pivot for Salvini, whose own career and party had previously been focused on northern Italy seceding from the rest of the country.

Because the newly formed parliament won't meet until March 23, and negotiations between the various factions that won will almost certainly take a lot of time, it is unlikely that the world will know anytime soon what Italy's ultimate governing coalition will look like or who its next prime minister will be. One thing is clear, however. The recent successes of centrists like Emmanuel Macron in France and Angela Merkel in Germany were not the Waterloo for European right-wing populism that many liberals had hoped they would be.