The box office made history this weekend 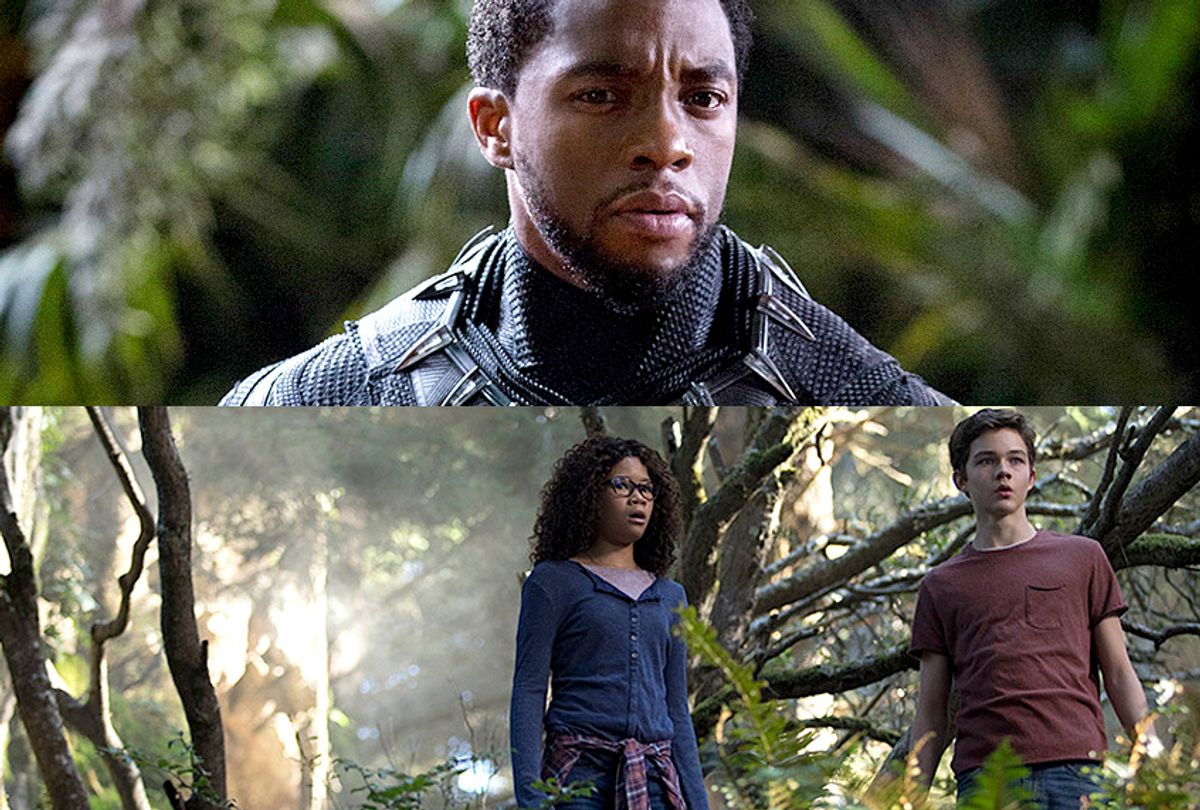 You know what we could all use at the end of a long, bleak winter? How about box office-smashing blockbuster, one that's actually terrific? You know what, make it two. And then have them helmed by and starring people of color. And women. "Black Panther" and "A Wrinkle in Time" — you earned this.

The period between December Oscar bait and Memorial Day weekend blockbuster season kickoff has long been considered the Hollywood dead zone — the notorious "dump months" when studios slough off the schlockiest movies they expect critics to hate and audience to avoid. Think "Mall Cop."

That all changed a year ago, when Jordan Peele's scary, smart "Get Out" bowed in late February, and immediately rewrote the rules. It's grossed over $250 million worldwide, was the most profitable film of the year, earned an Academy Award for Peele's screenwriting and oh, by the way, immediately entered the pantheon of iconic horror. And of the mere five black filmmakers ever nominated for a Best Director Oscar, two of them were in the past two years. ("Moonlight's" Barry Jenkins and Jordan Peele). The last time a winter thriller had that combination of prestige and impact, it was "The Silence of the Lambs." In 1991.

But this moment of dual success has been even longer in coming. Director Ryan Coogler's "Black Panther" has been all but unstoppable since its late January opening, and this past weekend it soared past the one billon dollar mark in grosses. Domestically, it's already the seventh highest grossing film of all time and biggest single superhero release of all time (surpassing "The Dark Knight"). A month ago, Deadline called the film's juggernaut "insane" — and its reign seems likely to stay unbroken for some time to come.

Don't cry yet, however, for what all of this means for the film coming in at second place.

By Monday, Forbes and Fox News had already weighed in with their takes on the "disappointment" of Ava DuVernay's highly anticipated "A Wrinkle in Time." The first film with a $100 million-plus budget to be directed by an African American woman opened to a string of solid reviews — the New York Times called it "gentle, thrilling and didactic, but missing the extra dimension of terror and wonder that would have transcended the genre") — and cracked a respectable $33.3 million its opening weekend.

But compared with "Black Panther's" off-the-charts success, that's the kind of response that can unfortunately read as underwhelming. Writing in Forbes, Scott Mendelson pondered that "Much of the conversation around the film's performance will concern the film as a proverbial test-case for a big-budget fantasy flick starring women of varying races." OUCH. Sure, Matt Damon and Will Ferrell can star in two of the biggest flops of 2017 and nobody takes it as evidence that the middle-aged white man caper just doesn't play. Put a biracial little girl in the center role of a film, however, and the fate of cinematic representation seems to rest on her small shoulders.

Yet pull back from the concern trolling, and the significance that this success represents remains. For the first time in cinematic history, the two highest grossing films at the box office were directed by African-American filmmakers — one of whom is also female. “I think about it like a wall crumbling,” Jeff Bock, senior analyst at Exhibitor Relations, told The New York Times earlier this year. “In terms of 'Black Panther,' no studio can say again, 'Oh, black movies don’t travel, overseas interest will be minimal.'" And that means richer, more exciting stories for audiences everywhere. Even in March.