Clinton had harsh words for voters in the key areas she lost, writing off any legitimate grievances as racism 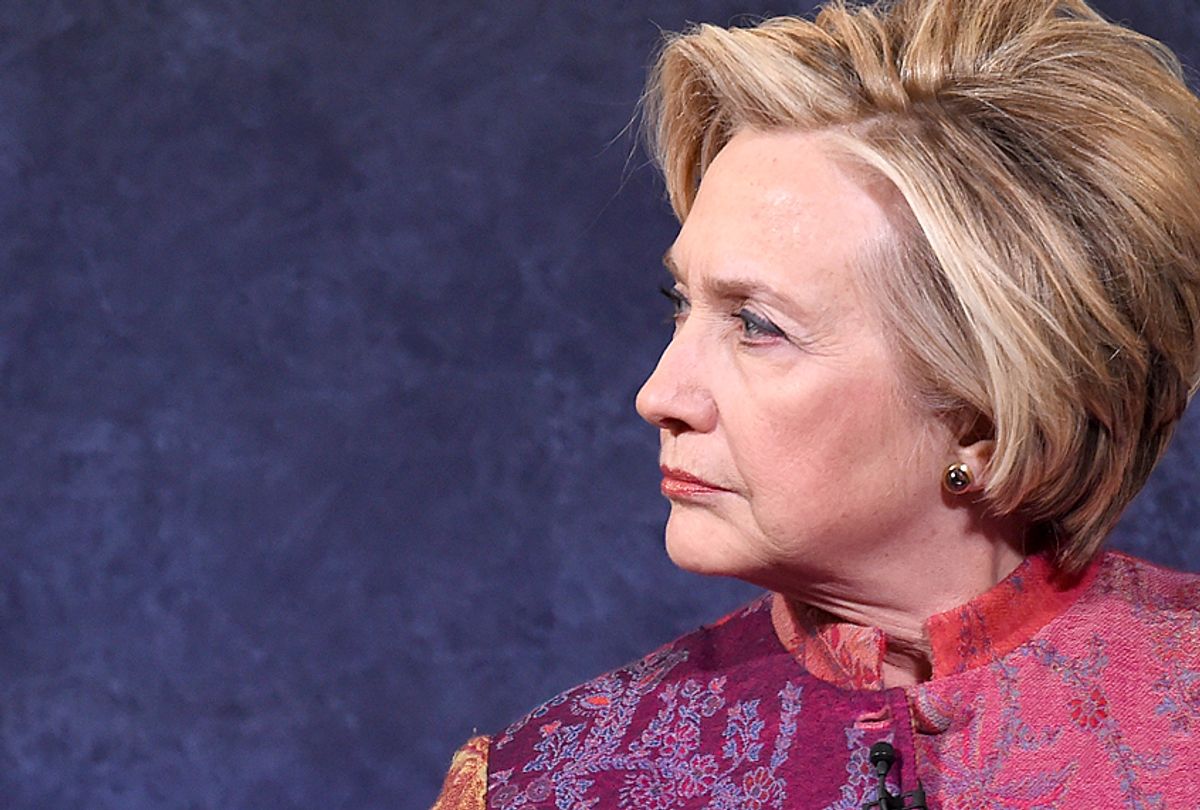 Hillary Clinton has a new reason why she lost the 2016 presidential election — and it's insulting a good part of the U.S.

The failed 2016 Democratic candidate delivered remarks in India last weekend that echoed the infamous "deplorables" comment she made months before the election — remarks she later said she regretted. But Clinton clearly didn't seem to regret those earlier comments enough, as she again suggested some harsh generalities about those who tipped the election in President Donald Trump's favor.

"If you look at the map of the United States, there's all that red in the middle where Trump won," Clinton said, according to The Washington Post. "I win the coast. I win, you know, Illinois and Minnesota — places like that."

Clinton then spoke more broadly about Trump's campaign and how it was built on an abstract fantasy of an American redux:

And his whole campaign — 'Make America Great Again' — was looking backward. You know, you didn't like black people getting rights; you don't like women, you know, getting jobs; you don't want to, you know, see that Indian-American succeeding more than you are — you know, whatever your problem is, I'm gonna solve it.

There are numerous variables that led to Trump's victory, and Clinton is correct in her claim that racism was indeed a driving factor that planted Trump in the White House — just look at Trump's repeated display of racism since taking office and the lack of backlash with his base over it. However, race wasn't the only factor that led to her loss — and that's something she has admitted in the past.

She also took aim at white women voters and said they were faced with "ongoing pressure to vote the way that your husband, your boss, your son, whoever, believes you should."

Clinton's remarks were once again able to unite the right in its unified hatred of the Democratic nominee and onetime first lady. The Weekly Standard said that the remarks were proof that Clinton "regard[s] the average voter with contempt."

Without having to relitigate an entire election cycle that has been endlessly exhausted, Clinton's remarks still show she has missed another major factor of the 2016 election, which was a rejection of the status quo. While Trump has proven time and time again that his campaign that championed working class voters was nothing more than a mirage, Clinton has failed to see why she couldn't secure a victory in the places she needed to win, such as Michigan or Wisconsin, where she didn't bother to campaign.