Activists: Government plan to kill wild horses is all a profit scheme 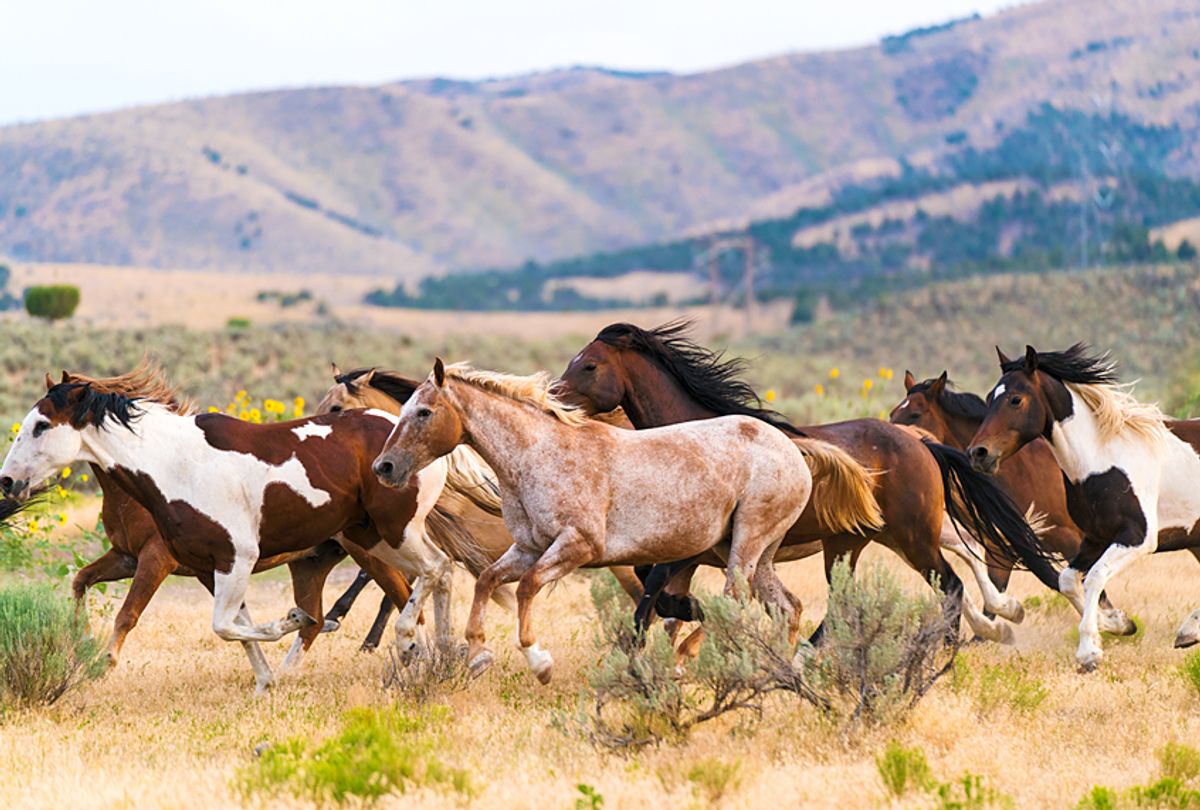 Interior Secretary Ryan Zinke has raised red flags for a number of reasons during his short tenure. He seems to care less about protecting America's national monuments than allowing them to be exploited by special interest groups and has been caught up in one corruption scandal after another. You would think that it'd be difficult for a man like that to do anything else that could make people who don't bleed money-green to despise him.

It all stems back to the Wild Free Roaming Horses and Burros Act of 1971 a bill that offered protections to the horses and burros that roam the United States — and, of course, was immediately opposed by special interests in Big Agriculture who were determined to erode its protections. The interests' first major success in doing so occurred in 2004 after Sen. Conrad Burns, R-Mont., attached a provision to an omnibus bill that removed most of the legal protections established in 1971 and privatized the animals themselves.

That's where Zinke comes into play. In 2009, the Montana State House introduce a bill to build a horse slaughterhouse in the state at a time the country had been two years without one.

"Zinke wanted to bring slaughter back so ranchers and others in the horse business could dispose of their unwanted, unhealthy or inconvenient horses quickly and for a profit," Susan Wagner of Equine Advocates and Debbie Coffey of Wild Horse Freedom Federation told Salon by email. "The [Montana] bill did not pass but fast forward to today, and now all these animals are facing extinction. The Interior Department’s budget being slashed by more than $1 billion also doesn’t help."

And now, with Zinke at the helm of President Donald Trump's interior department, advocates worry that Republicans will try again, attempting to remove all remaining protections. They, according to Wagner and Coffey, want to go "back to the 1950’s when wild horses and burros were brought to the brink of extinction, all in the name of special interests."

The most common response to the concerns of those who care about preserving America's wildlife — whether it's wild horses and burros or any other creature — is that we shouldn't place the interests of animals over those of people and their businesses. As Wagner and Coffey pointed out, however, the interests of wild horses and burros are very much aligned with those of homo sapiens.

'They belong home on the range," Wagner and Coffey told Salon. "Scientific studies have also shown that horses actually benefit the environment in numerous ways; vegetation seems to thrive in some areas inhabited by horses, which may be one reason the Great Plains were once a 'sea of grass.' Generally, range conditions in steep hilly areas favored by horses are much better than lower areas frequented by cattle.  In addition, the uniqueness of a horse’s digestive system, which does not thoroughly degrade the vegetation it eats, helps provide important nutrients in the soil that helps it absorb and retain water which many diverse plants and animals depend on. To destroy them so that oil, gas, livestock, hunting and mining interests can deplete the land without any horses or burros standing in the way is bad for the environment and frankly, un-American."

Here's the thing about this issue: It's one of those occasions in which, though it may not be politically expedient to side with the angels, anyone with a beating heart will lament it in the future if they didn't. When the story of America's wild horses and burros is told, will you want to be remembered as one of the people who did nothing? Or actually sided with the morally compromised government bureaucrat that allowed them to be rounded up and slaughtered?

Or would you like to be remembered as one of those rarities, perhaps even more rare than the wild horses and burros themselves — a good human being?