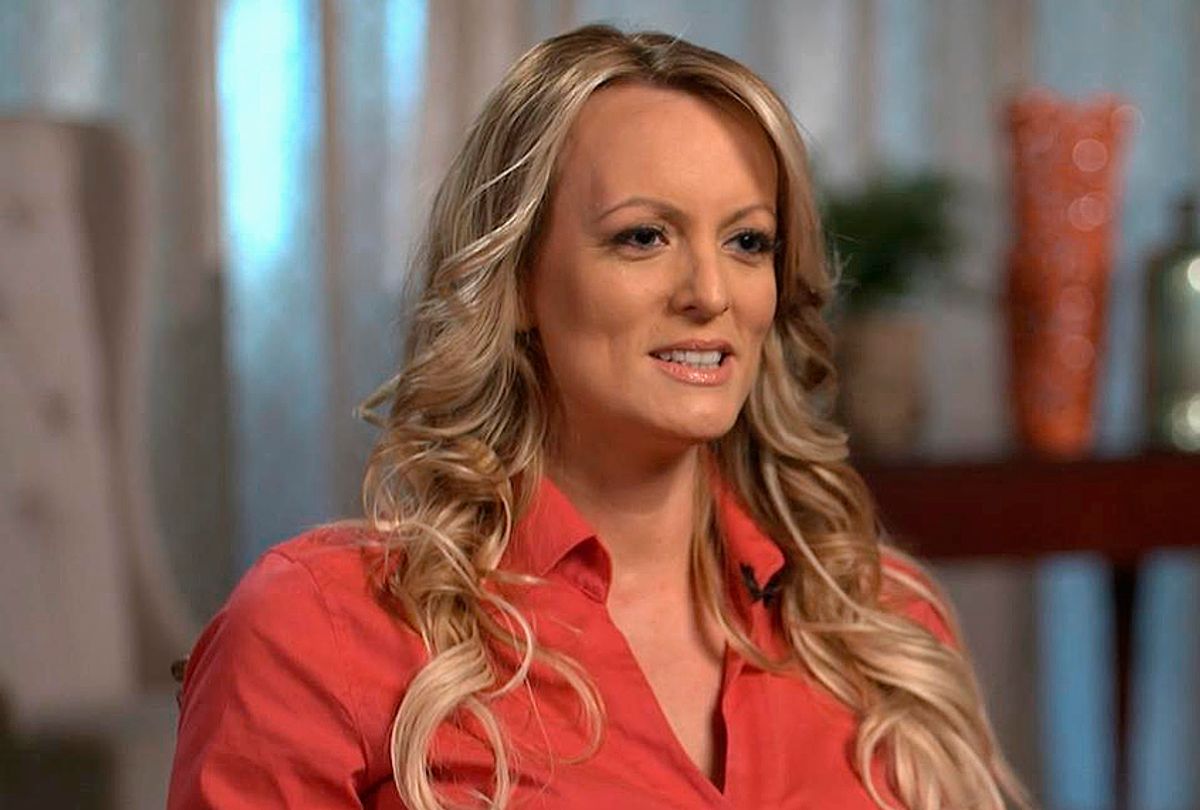 Trump addresses the Stormy Daniels scandal for the first time

President Donald Trump denied he knew about the $130,000 payment made to adult film star Stormy Daniels in exchange for her silence on Thursday. The statement was Trump's first public acknowledgment of the scandal that has plagued him for months.

"No," Trump told reporters aboard air force one when asked about his knowledge of the payment, according to CNN. The payment was made by Trump's private attorney, Michael Cohen, in the closing days of the 2016 presidential election.

Things continue to look bad for the EPA's Scott Pruitt

There are some who believe that Trump expressing support for an administration official is a kiss of death.

And things look even worse in the White House, because Pruitt's grand media tour was done without their consent.

White House officials are also uneasy with the administrator’s recent publicity push with conservative media outlets, including his appearance on Fox News.

Pruitt and EPA officials were warned against his sitting down with Fox and other outlets. The same message was later relayed by Chief of Staff John F. Kelly in a phone call, with Kelly expressing dissatisfaction with Pruitt’s previous interviews, according to a senior White House official. But the administrator continued his media tour.

Mitch McConnell says this was his "most consequential" decision

“I believe that’s the most important thing we’re doing,” McConnell told members of the Kentucky Today editorial board in an interview on Tuesday. “You’ve heard me say before that I thought the decision I made not to fill the Supreme Court vacancy when Justice Scalia died was the most consequential decision I’ve made in my entire public career. The things that will last the longest time, those are my top priorities.”

“It’s noteworthy that when we did comprehensive tax reform 30 years ago, we left it alone for four years before the political winds shifted and we started playing with it again,” he said. “Believe me, the next time the political winds shift, and the other guys are in the ascendancy (he snapped his fingers indicating a rewrite). But they won’t change these judges for a generation.”

“I said ‘we’ve got a chance to transform the country in a very significant way for the next generation if we can get our act together,’” McConnell said.

Read more about the GOP's plan to remake the judiciary here and here.

President Donald Trump's transgender ban decision has no legs to stand on. Per Politico:

There is “no medically valid reason” to exclude transgender people from serving in the military, the nation’s largest medical organization told Defense Secretary Jim Mattis on Wednesday in a letter.

The American Medical Association said the Pentagon's recent evaluation of the requirements to accommodate transgender personnel “mischaracterized and rejected the wide body of peer-reviewed research on the effectiveness of transgender medical care."

California Sen. Kamala Harris (D), who in 2016 became the first Indian-American elected to the U.S. Senate, responded to rumors of her plans to run for president during a Thursday appearance on The Ellen DeGeneres Show.

When asked by DeGeneres about a possible 2020 presidential bid, Harris said she's holding off on making any sort of announcement until she tackles more "immediate needs."

"Right now, we are in the early months of 2018, and at this very moment in time there are people across America who have priorities around their healthcare, have priorities around: Can they get to the end of the month to pay their bills and student loans? Can they afford to pay for gas or housing?" Harris explained. "Critical issues."

The Democratic senator also highlighted the political challenges of Americans across the country, from gun violence to President Trump's "arbitrary" repeal of DACA, the Obama-era program that offered protection to young undocumented immigrants brought to the U.S. as children.

The blue wave of 2018 may be spreading to Tennessee, where the top Democrat in the race to replace retiring Sen. Bob Corker, former Gov. Phil Bredesen, is leading the top Republican, Rep. Marsha Blackburn, by more than 10 points. Per The Tennessean:

The poll, released Thursday, found 45 percent of 600 registered Tennessee voters said they would choose Bredesen, a Democrat and former Nashville mayor, if the election were immediately held.

Blackburn, a Brentwood Republican, netted 35 percent, with another 17 percent of respondents saying they were not sure.

A new dawn for "Indiana Jones"?

The popular series may be getting a new leading lady for the leading role.

“We’d have to change the name from Jones to Joan. And there would be nothing wrong with that," series director Steven Spielberg told The Sun.

The series has starred Harrison Ford. A new film, coming out in 2020, will be Ford's last one, and there's been speculation over who would be next. Spielberg has said that he's been very aware of the gender pay gap, and is making sure that he pays his male and female actors the same.

“I have been very lucky to be influenced by women, several of whom I have just loved madly — my mom and my wife,” he said.

Via people, which is quoting an upcoming book on the White House, "The Trump White House: Changing the rules of the game":

President Donald Trump once mocked Jared Kushner to aides, saying his son-in-law and senior adviser looked like “a little boy” as he addressed reporters during a television appearance, according to a new book. . .

He “made it clear to them that he would not mind if they gave up their White House roles,” says the author, who interviewed the president, members of his family and many current and former White House officials for his book.

Still minorities! The president wrapped a whole bunch of feelings into one tweet Thursday morning, yelling, "stop drugs!" after saying he's responsible for a fall in the number of border crossings.

But the question of the Caravan was covered by the New York Times, which found a Breitbart reporter of all people — who admitted that the caravan was no big deal:

In an interview, Mr. Darby said it was regrettable that the relatively routine occurrence of migrant caravans — which organizers rely on as a safety-in-numbers precaution against the violence that can happen along the trek — was being politicized. “The caravan isn’t something that’s a unique event,” he said. “And I think people are looking at it wrong. If you’re upset at the situation, it’s easier to be mad at the migrant than it is to be mad at the political leaders on both sides who won’t change the laws.”

But the president was also mad at the Washington Post. Though he has shrouded his anger in the idea that Amazon was somehow acting irresponsibly on the economic stage, that was shattered Thursday, when Trump called the Post "Amazon's chief lobbyist" for a headline that wasn't laudatory enough.

Something to make the president feel better

Here's a Fox News analyst telling the president that things will be OK.

Taking America back to 2008

In the years before the economic collapse of 2008, the top-selling cars in the country were sport utility vehicles and other, larger and less efficient cars. The over-reliance on these cars was one reason why American automakers found themselves in trouble.

Well, everything old is new again. Because, with fuel regulations likely to be cut by the Trump administration, car manufacturers want to go back to their big moneymakers. Per the Wall Street Journal:

Sedans, coupes and other car categories accounted for 37% of U.S. sales last year, down from 51% in 2012. With the Trump administration planning to roll back fuel-economy standards for auto makers’ fleets, the shift to SUVs and trucks is only likely to continue.

The Trump administration seems to be fueling a trend that's been going on for a few years. The Journal noted that a number of factories have shifted in recent years to producing the sport utility vehicles and crossovers, and away from making smaller compact cars.