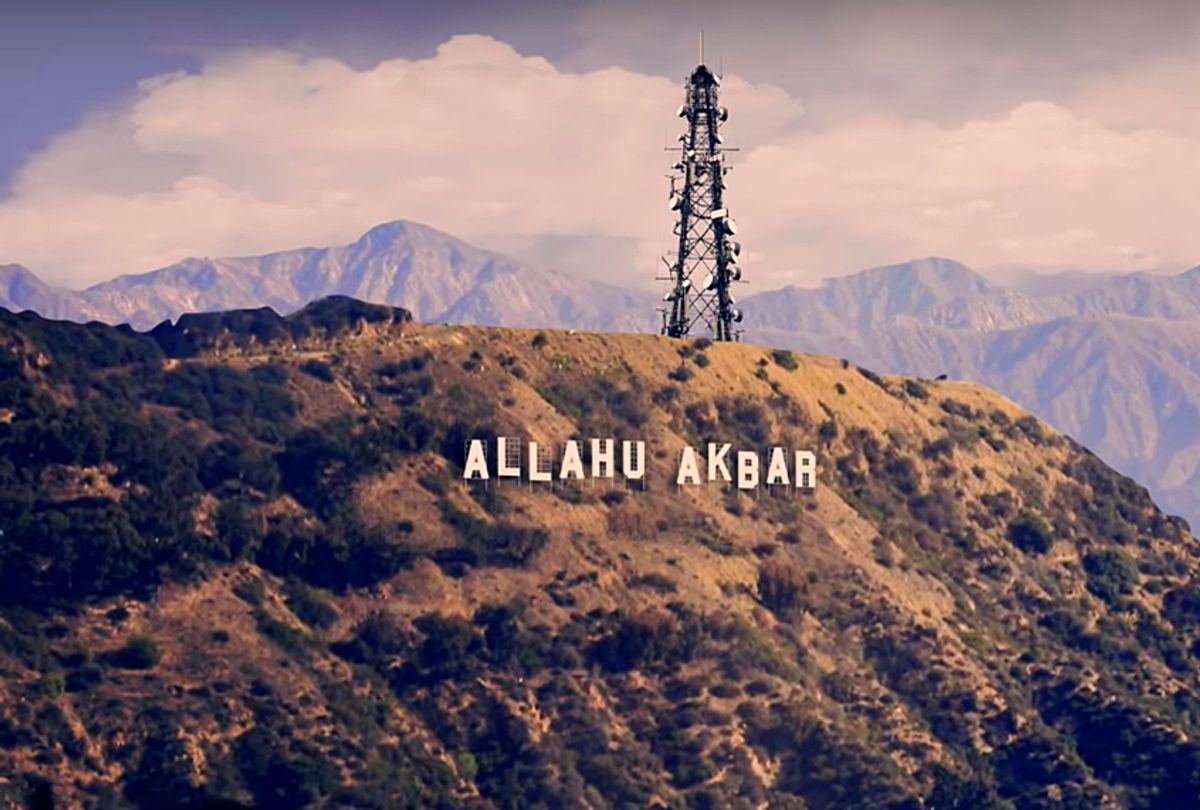 One of President Donald Trump's main financial backers has been linked to bigoted ads that played on voters' prejudices against Muslims during the 2016 presidential election.

The ads in question were created by Secure America Now, a 501(c)(4) social welfare organization that has received significant contributions from hedge fund co-CEO Robert Mercer, according to OpenSecrets. Tax documented obtained by OpenSecrets also revealed that most of the group's money came from only three donors, with Mercer himself giving the largest individual contribution — $2 million.

The ads in question were not seen by most voters, with Secure America Now working with Facebook and Google to make sure that they were targeted at voters in swing states who data suggested would be most likely to be swayed by them. The commercials themselves contained potent anti-Muslim messages. The first proclaimed France to be the "Islamic State of France," a place in which "under Sharia law, you can enjoy everything the Islamic State of France has to offer, as long as you follow the rules." It contained images of iconic French landmarks being modified in distinctly Islamic ways, such as the Eiffel Tower supporting a star and crescent and the Mona Lisa being covered in a burka.

The second ad, which discussed the "Islamic State of Germany," showed an alcohol-free Oktoberfest, "arranged marriages of future jihadi soldiers" and included the line, "You can even sell your daughter or sister to be married."

The third ad, which talked about the "Islamic States of America," implied that the consequences of allowing Syrian refugees into the country would be Hollywood's famous sign reading "Allahu Akbar," the Statue of Liberty being veiled in a burka and holding a star and crescent and Ground Zero in New York City being hailed as a place where citizens can "celebrate our Islamic victories."

The opening line of that video left no doubt as to the policies being targeted by its creators, with a solemn female voice intoning, "Weak leaders who have unsecured borders and Syrian refugee immigration enabled our jihadi fighters to infiltrate and overtake America."

A different scene showed male and female schoolchildren segregated from each other. They recited a modified version of the Pledge of Allegiance: "I pledge allegiance to the flag of the Islamic States of America. And to our caliphate for which it stands, one nation under God indivisible with liberty and justice for men only."

Mercer's involvement in funding the ads is yet another occasion in which the eccentric billionaire has emerged as one of the chief bankrollers of Trump's political career. Described as a libertarian who despises the Republican Party establishment and fueled by a passionate hatred of Hillary Clinton, Mercer emerged as one of Trump's major financial backers after his initial candidate of choice (Sen. Ted Cruz of Texas) dropped out of the race, according to The New Yorker. Although Mercer has a history of keeping quiet and trying to stay out of the limelight, he has slipped into racist comments in the past. As The New Yorker reported:

Mercer strongly supported the nomination of Jeff Sessions to be Trump’s Attorney General. Many civil-rights groups opposed the nomination, pointing out that Sessions has in the past expressed racist views. Mercer, for his part, has argued that the Civil Rights Act, in 1964, was a major mistake. According to the onetime Renaissance employee, Mercer has asserted repeatedly that African-Americans were better off economically before the civil-rights movement. (Few scholars agree.) He has also said that the problem of racism in America is exaggerated. The source said that, not long ago, he heard Mercer proclaim that there are no white racists in America today, only black racists. (Mercer, meanwhile, has supported a super pac, Black Americans for a Better Future, whose goal is to “get more Blacks involved in the Republican Party.”)

Mercer was also reported to have had very disparaging views of poor people, with a senior employee at Renaissance Technologies (the hedge fund that Mercer helped co-found) describing the billionaire's view of the poor accordingly:

"Bob believes that human beings have no inherent value other than how much money they make. A cat has value, he’s said, because it provides pleasure to humans. But if someone is on welfare they have negative value. If he earns a thousand times more than a schoolteacher, then he’s a thousand times more valuable. He thinks society is upside down—that government helps the weak people get strong, and makes the strong people weak by taking their money away, through taxes."

Another controversial aspect of this story — one not directly tied to Mercer himself — is the fact that Secure America Now was able to work so closely with two of America's largest technology firms, Facebook and Google, in order to more efficiently deploy its anti-Muslim messaging. As Bloomberg reported in October:

Unlike Russian efforts to secretly influence the 2016 election via social media, this American-led campaign was aided by direct collaboration with employees of Facebook and Google. They helped target the ads to more efficiently reach the intended audiences, according to internal reports from the ad agency that ran the campaign, as well as five people involved with the efforts.

The news that Facebook and Google actively helped Secure America Now further complicates the controversy that tech companies have faced in the aftermath of the election. Facebook has been under attack after it was revealed that Cambridge Analytica, a pro-Trump analytics firm co-founded by Mercer, had harvested data from the site during the 2016 presidential election. The company's other co-founder, Steve Bannon, became a political power player during his tenure of the conservative website Breitbart, a site that Mercer backed. The billionaire's daughter, Rebekah Mercer, also has ties to Julian Assange, the WikiLeaks founder who is believed to have connections to Russia and to have leaked damaging emails about Hillary Clinton in order to help Trump get elected.