Missing Barack and Michelle Obama? They're officially coming to Netflix

The couple will produce diverse content including scripted and unscripted TV series, documentaries and movies 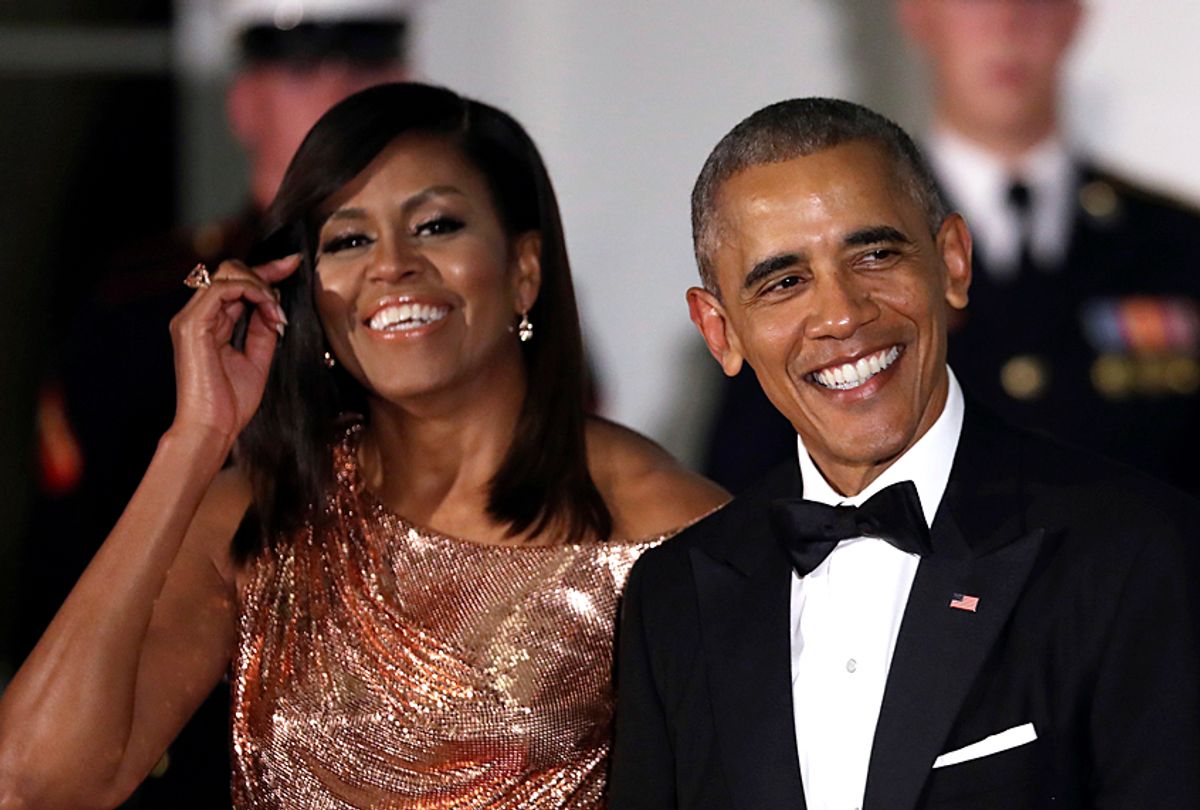 It's official: Barack and Michelle Obama have inked a deal with Netflix.

Two months ago, The New York Times said the former first couple were in negotiations to produce exclusive original content for the streaming giant. Netflix announced Monday that the Obamas have signed a multi-year agreement that includes TV series and movies.

"One of the simple joys of our time in public service was getting to meet so many fascinating people from all walks of life, and to help them share their experiences with a wider audience," former President Obama said in a statement. "That’s why Michelle and I are so excited to partner with Netflix — we hope to cultivate and curate the talented, inspiring, creative voices who are able to promote greater empathy and understanding between peoples, and help them share their stories with the entire world."

The former first lady added, "Barack and I have always believed in the power of storytelling to inspire us, to make us think differently about the world around us, and to help us open our minds and hearts to others. Netflix’s unparalleled service is a natural fit for the kinds of stories we want to share, and we look forward to starting this exciting new partnership."

According to the Hollywood Reporter, the couple will produce content in different forms, among them scripted series, unscripted series, docu-series, documentaries and features, with their Higher Ground Productions. Obama has already appeared on the streaming platform once, as the first guest of David Letterman's Netflix series "My Next Guest Needs No Introduction."

But the Netflix deal is significant for the Obamas, who have been fairly quiet since they left the White House. Although both have multi-million dollar individual book deals with Penguin Random House, the streaming deal highlights a strength of Obama's — one that he's always demonstrated — of being in touch with young people and innovative in the way he connects across generations.

During his presidential campaigns and time in office, Obama capitalized on social media to corral voters and to promote policy. He released brilliantly curated contemporary playlists and mobilized and interacted with diverse artists, athletes and celebrities. The Obamas coming aboard with Netflix is yet another example of this astute cultural awareness, as Netflix is where so many people — especially those under 45 — engage with content across genre lines, from documentaries to original scripted series.

The deal is also significant for Netflix, as the streaming platform is working to expand its news and informational programming. Last month, the company announced a new series with Buzzfeed, "Follow This," featuring journalists from the publication reporting on a range of topics in the form of a weekly short-form documentary.

According to the Times report on the negotiations, the plan is for the Obamas to produce inspirational content, not use the deal to respond to President Donald Trump, who has spent much of his presidency rescinding Obama-era policies and bashing the former president. Nor are they apparently interested in reacting to Trump's conservative base, which has often used racist imagery and language to berate Obama.

With the Obamas' massive social media following — Barack Obama has 103 million Twitter followers and Michelle 10.7 million — and Netflix's 125 million global users, it's safe to say whatever content the Obamas produce, it will likely be widely viewed.

"Barack and Michelle Obama are among the world’s most respected and highly recognized public figures and are uniquely positioned to discover and highlight stories of people who make a difference in their communities and strive to change the world for the better," Netflix Chief Content Officer Ted Sarandos said in a statement. "We are incredibly proud they have chosen to make Netflix the home for their formidable storytelling abilities."