Trump's social media accounts are filled with advocacy for families, yet ignore the separations of migrant children 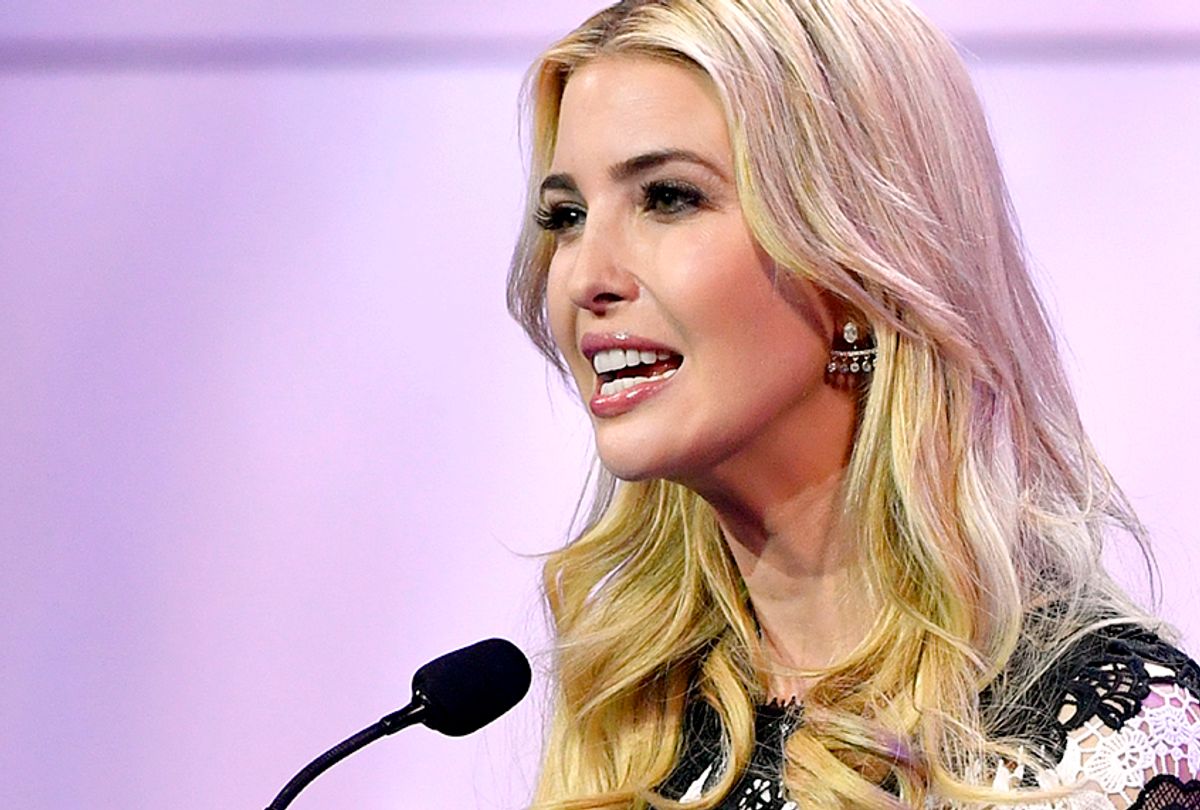 Ivanka Trump, the self-proclaimed women and families advocate and White House senior adviser, has remained publicly silent about the Department of Justice policy that is ripping apart migrant children from their parents at the U.S. border.

She has reportedly broached the subject with her father, President Donald Trump, in private and has tried to seek legislation to rectify the highly controversial policy. However, her social media accounts, which are filled with advocacy about issues affecting families, are noticeably bare regarding the separation of immigrant children from their parents.

Ivanka Trump met with the president Tuesday to discuss the images of migrant children that have been circulating widely the news and social media, according to CNN.

"She offered the president her support," White House spokesman Hogan Gidley told CNN. "And, she said she would talk to any member of Congress to help find a legislative solution to the issue."

Ivanka Trump also called House Majority Leader Kevin McCarthy of California and Senator Susan Collins of Maine, a moderate Republican, after the meeting. The first daughter developed relationships with the two GOP lawmakers during her efforts on the child tax credit.

President Trump told House Republicans that he had a conversation with his daughter about family separation during a closed-door meeting on Tuesday evening.

"He mentioned Ivanka talked to him about that," Rep. Chris Collins (R-NY) told reporters afterwards. "His daughter had seen the images and said for a lot of reasons we should be dealing with this. And that is what this bill does."

Rep. Carlos Curbelo (R-Fla.) also confirmed that the president told them that Ivanka Trump had approached him about the topic. He "mentioned that his daughter Ivanka had encouraged him to end this, and he said he does recognize that it needs to end. And the images are painful, and he’s looking for a legislative solution."
"He discussed the optics and the policy itself, and I think he’s not comfortable with either," Curbelo added.
Though, when asked if the president took ownership for the fact that he has the power to end this policy, or even planned to, Curbelo replied "no."
Ivanka Trump's public silence and avoidance of the humanitarian crisis has opened her up to continued criticism. And the White House official has come under fire for what she has not said as much as what she has found the time and empathy to post on her social media accounts.
"Ivanka Trump did . . . make time to tweet a photo of her as a young child in her father's arms – an image that stands as a stark foil to the photographs of crying children who have been separated from their parents at the border," my colleague Joseph Neese wrote for Salon. "On Instagram, Ivanka Trump also shared a photo of husband Jared Kushner and herself, together with all three of her children, smiling in the safety of the White House."
Ivanka Trump faced similar backlash last month for tweeting a photo of herself snuggling with her son as the policy of forcibly separating immigrant families first entered the national news.
"In the last few days, she’s tweeted about numerous issues affecting children and families, like the lack of accessible childcare and paid family leave, without any mention of the heartbreaking images of children being taken away from their parents and kept in cage-like detention facilities," HuffPost reported.

Tuesday, Meghan McCain, co-host of "The View," questioned, "Where is Ivanka in all of this?"

About 2,000 children were separated from their parents between April 19 and May 31, according to the Department of Homeland Security. And the photos have been horrifying, although the Trump administration has found new ways to defend them each day.

Uncharacteristically, first lady Melania Trump released a lukewarm statement about how heartbreaking it is for children to be separated from their parents, though her words seemed to mirror Trump's view that it is the Democratic Party's fault for not allocating funds to his border wall.

From Laura Bush to Ted Cruz, even hardline conservatives are condemning this immigration policy. Ivanka Trump, if you are a supporter of women and families, it is time to speak up. In fact, it is long overdue.

The Trump administration and alternative facts.