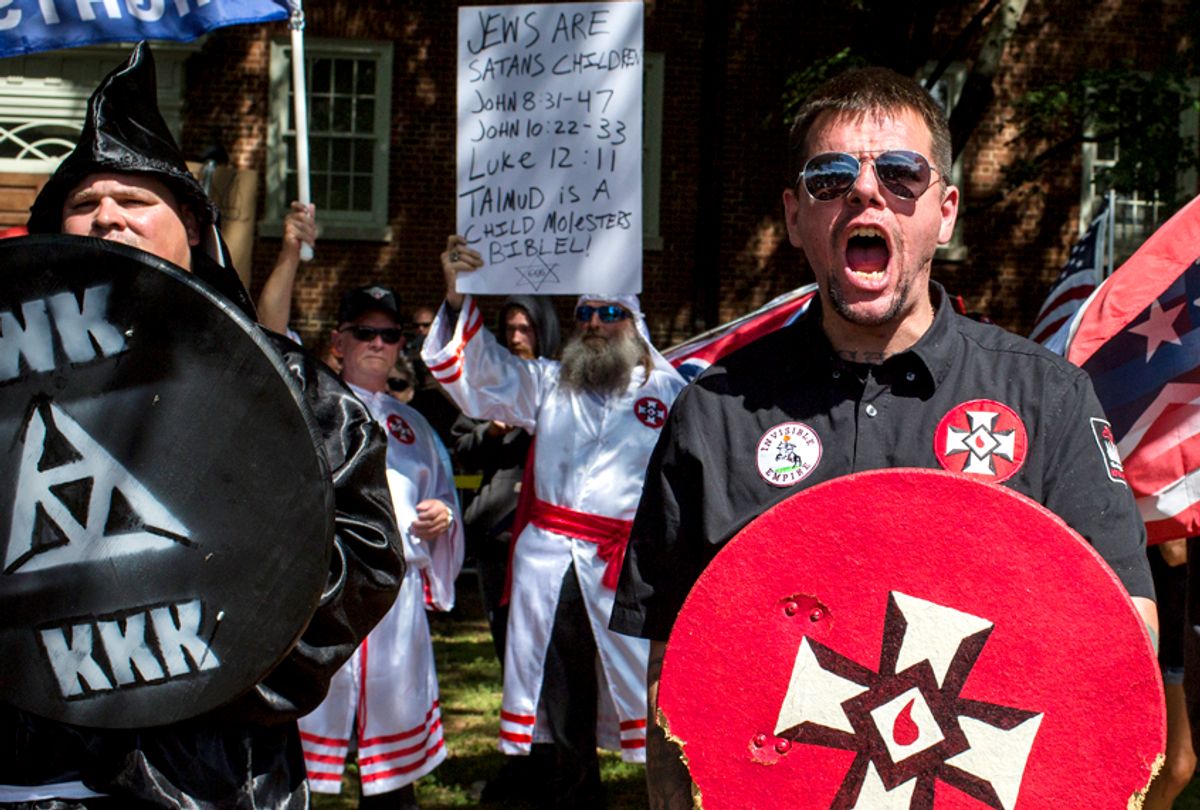 The organizer behind the deadly "Unite the Right" gathering of white supremacists in Charlottesville, Virginia in 2017 has applied for a permit to hold a follow-up rally in front of the White House the summer.

The dates reportedly requested by Jason Kessler – August 11 and 12 – coincide with the one-year anniversary of the tragic events in Charlottesville that left one woman dead and a nation reeling.

According to his application, Kessler hopes to hold the event in Lafayette Square – the seven acres of land once known as "the President's Park" that sit directly north of 1600 Pennsylvania Avenue. It further "states that the purpose of the event is for 'protesting civil rights abuse in Charlottesville,'" CNN reports. He expects some 400 people to participate.

While Kessler has received approval from the National Park Service, has not yet been issued a permit, according to the Washington Post. "A Park Service spokesman said the agency is gathering information from the organizers on details of the event, and that information will be used to create the permit," the outlet reports.

Hundreds of white supremacists traveled from 35 states to Charlottesville last year to protest the potential removal of a Confederate monument. The demonstrators marched with tiki torches as they belted anti-Semitic, homophobic and racist slogans. The rally turned physically violent when James Alex Fields, Jr., a self-identified Nazi, drove his car into a group of counter-protesters, killing Heather Heyer and injuring many others.

President Donald Trump infamously blamed both sides for the violence in his refusal to condemn the white supremacists. Trump told the nation that there were some "very fine people" among the group who had gathered in Charlottesville, and former Grand Wizard of the Ku Klux Klan David Duke applauded his response.

Kessler apparently hoped to return to the bloody site in Charlottesville for an anniversary rally. However, the city denied his request, according to the Post.

The white nationalist organizer then sued the city, in a case that remains ongoing, claiming his First Amendment rights had been denied. Kessler told the Post he is confident that he will win in court. If he does, he plans to hold rallies in both Charlottesville and Washington on the August anniversary.

"I am not surprised at him holding a rally away from Charlottesville, where he is not welcome," Susan Bro, the mother of Heyer, told the Post. "It will be interesting to see how the citizens of D.C. and others respond to his rally."

A week after Heyer's death and the rally in Charlottesville, Kessler sent out a vile tweet saying that Heyer "was a fat, disgusting Communist" and her death was "payback time." Kessler later renounced it and blamed the combination of alcohol, Ambien and Xanax – in what has become a common scapegoat for racism these days.

In an email to the Post, Kessler said that his choice of the nation's capital was intentional, because he wants elected officials, Trump among them, to know about "the civil rights abuse by the Charlottesville government that led to the violence at last year’s rally."

Kessler added that his so-called "white civil rights" rally is needed, because "white people are being denied the ability to organize in political organizations the way other groups do, free of harassment, to face the issues important to us."

Richard Spencer, another organizer of the 2017 rally, said he would not be participating in the Washington anniversary gathering.

"The language of white civil rights is cover for white-supremacist ideology," Seth Wispelwey told the Post. Wispelwey is a United Church of Christ minister in Charlottesville, who helped organize a faith-based group in the city in response the white supremacist rally.

"We also know that if we care about our country’s future we can’t let this fascist plan go forward," Wispelwey added. "I would urge people of conscience to show solidarity with the people of D.C. against this racial terror."

Trump has kept the alt-right alive

The alt-right and their relationship to the presidet.