On this episode of "Cult Faves," an examination of the role "Atlas Shrugged" played in NXIVM's philosophy 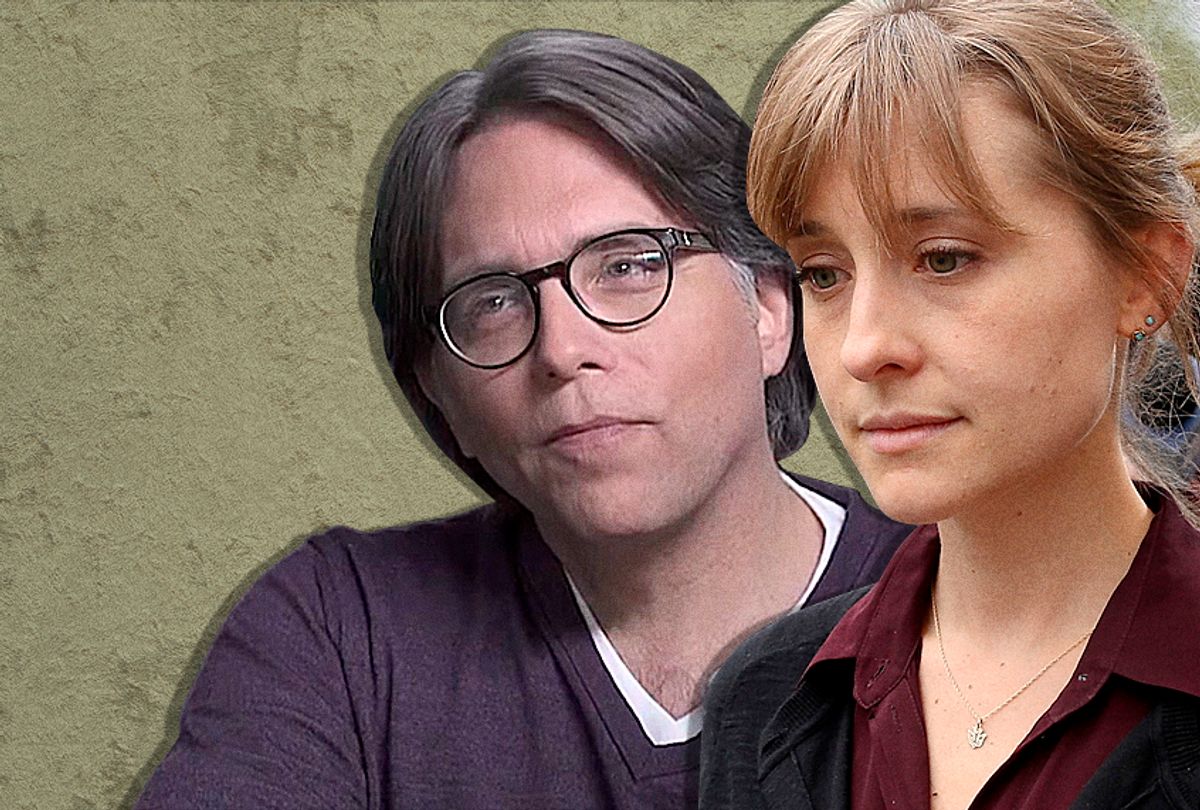 If you have even a passing interest in cults and cult-like organizations — or for that matter, celebrity scandals — you’ve probably heard about how the leader of the oddly-named NXIVM Keith Raniere and high-level follower and former “Smallville” actress Allison Mack have been charged with sex trafficking, conspiracy to commit sex trafficking, and forced labor. It’s not every day, after all, that someone who used to play opposite a teenage Superman is alleged to have recruited women to be sex slaves and to have branded them, all in service to what the New York Times describes as "a sex cult," with other celebrity and socialite names in the mix.

On our podcast “Cult Faves,” my co-host Cher Martinetti and I couldn’t wait to dive into the disturbing ocean of material about NXIVM to see if we could make some sense of it. (In case you’re wondering, the alphabet soup name is pronounced NEX-ee-um, like the heartburn medication; at least that’s the most commonly held belief. You’re welcome.)

Keith Raniere fits the profile of a cult leader in several ways. The first is that he claims to be an exceptional human. Among the accomplishments he’s reportedly claimed at one time or another are: speaking in full sentences by age one, having one of the highest IQs in the world, and, oh right, the ability to set off radar detectors by his sheer existence if he drives. The second is he has a shady past. In 1990, he founded something called Consumers’ Buyline Inc., which sold memberships in a discount buying club. Twenty-three states and two federal agencies investigated and decided it was a pyramid scheme. In the mid-’90s, Raniere signed a consent order that didn’t admit wrongdoing, but did force him to agree he’d never initiate another con game of that exact variety.

So he decided to become a full-time guru. Inspired by other new religious movements and their tactics of recruiting celebrities, along with his own admiration for the works of Ayn Rand and her objectivist philosophy as outlined in "Atlas Shrugged," he built the NXIVM model using Executive Success Program courses.

As Martinetti says on our recent episode, “They started seeking out actresses as part of their expansion in Toronto. This became part of their recruiting strategy, ‘Oh, let’s get young, pretty actresses.’ And here’s the thing with recruiting celebrities into any kind of spiritual movement — and this is something that I’ve always hypothesized about, but working in the entertainment industry and just being a creative person, we tend to be neurotic. Creative people are very anxious. There is a rawness and vulnerability to creatives. And this is not to knock actors or actresses, because you have to understand part of that process is you’re not just a creative person, you’re someone who’s being judged very openly and harshly not just on your talent but on your aesthetics.”

As NXIVM’s membership, financial profile and Raniere’s power within the organization grew, things got progressively weirder — especially for the women involved. According to criminal indictments and reports from former members, a sub-organization — a kind of cult-within-a-cult — was founded called Dominus Obsequious Sororium, or DOS, which roughly translates to “lord over the obedient female companions.” Former members say that women high up in NXIVM, allegedly including Mack, began to give a sales pitch to other women that they could join DOS, this ultimate inner circle for female empowerment, as the slave to a master, and eventually would recruit their own slaves. Women were required to give collateral that could be used as blackmail, then given tasks and punishments by their masters, which might include (in some cases) sleeping with Raniere (who also reportedly had a rotating harem he demanded monogamy from). Some of these women inside DOS were also branded by a female doctor as part of their induction ceremony, a move Mack has claimed credit for coming up with.

“As women historically, society has pitted us against each other,” says Martinetti.

By all accounts, the women who were recruited into DOS were presented with an idealized version of the sisterhood they’d be joining. And so, at its heart, on the podcast we decided that NXIVM strikes us as the story of a selfish, egotistical man who manipulated those around him into bankrolling his lifestyle and into carrying out this bizarre perversion of the desire for close female friendships, of the real thing so many of us want — to be part of a sisterhood of women that lifts each other up.

Listen to our full discussion about NXIVM and its many outrageously disturbing facets:

Learn more about "Cult Faves" and subscribe to the podcast on iTunes, Stitcher, Google Play and more.

Gwenda Bond is the author of many books, including the Lois Lane and Cirque American series. She lives in Lexington, Kentucky. Find her online at www.gwendabond.com or @gwenda on Twitter.