"Deadwood" fans, rejoice: the movie is alive at HBO!...But so is "Confederate"

HBO is finally delivering David Milch's promised film. But it's not ready to write off another controversial plan 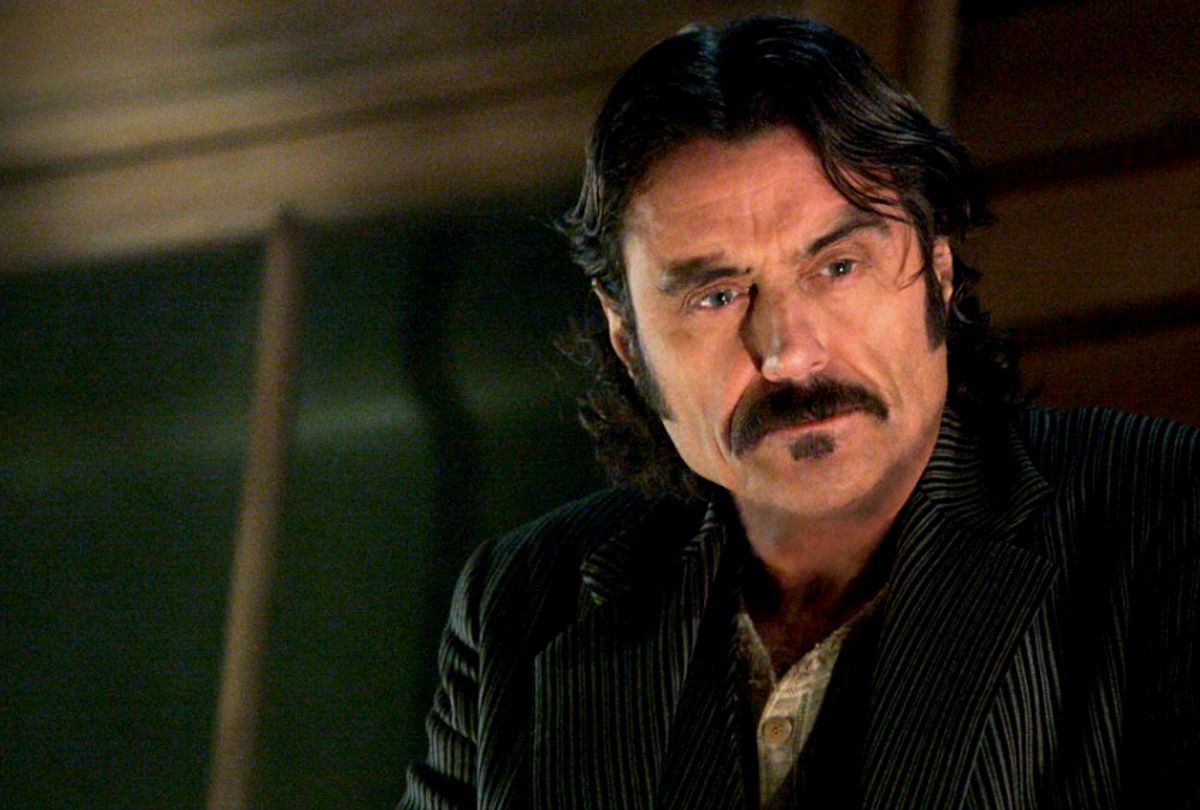 Ask, and ask, and keep asking for the better part of a dozen years, and eventually ye shall receive that long-promised “Deadwood” film.

Production is scheduled to begin in October and the network is aiming for a spring 2019 debut. Daniel Minahan, who helmed several episodes (including the unforgettable “Mister Wu”), is set to direct.

Better still, according to Bloys, the original cast is returning, including Robin Weigert (“Dietland”) whose portrayal of Calamity Jane proved to be her breakout role.

“It has been a logistics nightmare getting all the cast members’ schedules lined up, but we are there and it is greenlighted,” he told the assembled TV reporters and critics.

Milch wrote Swearengen’s dialogue with such verve and masterful vulgarity that it even inspired one of this fine publication’s former TV critics, Heather Havrilesky, to weave entire columns in its divinely abrasive patois. I'm not going to attempt to top her work, and there’s no need  — this news is exciting enough on its own.

The “Deadwood” movie is the fulfillment of a dream long presumed dead and inquired after mostly in jest in recent years. At the close of its third and final season, which ended without delivering definitive closure to the tale, HBO promised to tie a bow on it with two feature length films. That was back in 2006. Virtually every year since reporters have inquired after the status of these two-hour wrap-ups and been given answers that deflated most hopes that they would ever materialize.

Milch himself slowly started dimming the lights along the way before more or less tossing graveyard dirt on the project in 2012.

As recently as March 2018, Olyphant told Andy Cohen on Bravo’s “Watch What Happens Live!” that although he knew a "Deadwood" movie was closer to being a reality than it’s ever been, “that being said, there’s no fucking way it’s ever going to happen. But I will do my part.”

Olyphant did not take into account the fact that no TV title can ever truly die so long as the medium lives, particularly in this reboot-happy age of ours.

Not long after the “Deadwood” announcement came a question about the status of “Confederate,” a ill-advised idea from “Game of Thrones” creators and showrunners David Benioff and D.B. Weiss that HBO announced a year ago. Bloys replied that there has been “no change.” That is not the same as dead.

“Confederate” should be history. In case you may have forgotten, the title was characterized as a genre tale set in an alternate timeline. HBO's press release describes its setting as a world “where the southern states have successfully seceded from the Union, giving rise to a nation in which slavery remains legal and has evolved into a modern institution."

The plot would chronicle the events leading to the Third American Civil War.

Benioff and Weiss are teaming with husband and wife writing team Nichelle Tramble Spellman and Malcolm Spellman, who are African American, but HBO may have been surprised to discover that having the Spellmans on board did not help. People freaked out over “Confederate,” although the Spellmans made some efforts in the press to do damage control.

The announcement came before the white supremacist rally in Charlottesville, Virginia, where Heather Heyer was run down by an extremist who drove his car into a crowd of counter-protesters. Plenty of highly publicized racially-charged incidents occurred afterward surrounding the removal of Confederate statues, proving that no alternate timeline was needed to illustrate the ramifications of America’s failure to deal with slavery. All a person needs to do is walk through the world with their eyes open, or basically be alive in 2018.

But Bloys glossed over the alarming fact that HBO still considers “Confederate” to be a viable concept. He pointed out that Weiss and Benioff have the final season of “Game of Thrones” to finish as well as the new “Star Wars” movie to wrestle into shape. Nichelle Spellman, meanwhile, has a project underway with Apple (Don’t worry about it, folks. Take a load off! Look over there!).

“When they figure out their schedules they’ll come back to us,” Bloys said. “But nothing has been written and so no change in status there.”

Stalled projects have a way of coming back around at HBO, especially when those works are attached to auteur producers. And in the past, HBO has given its most successful creators more or less free rein over the development and execution of a series, which may be tremendous for guys in charge (and I do men guys) and cast but does few favors to the final product. Milch, for all of his reputed genius, is an example of how this can go awry.

We wouldn't have needed to pine for a proper ending to “Deadwood” if HBO hadn’t caved to his whimsical decision to abruptly drop it in favor of making 2007’s alleged “surf noir” “John From Cincinnati.”

Critics may have gotten some inkling that something wasn’t on the up and up when, at a past press tour, Milch dropped some spoken word salad on us about string theory to describe what he had in mind for it. When it finally premiered, guess what? It was inscrutable mess, a one-season wonder.

Unlike Weiss’ and Benioff’s  inflammatory, dubious concept that HBO still might produce, that effort of Milch’s did not trade in the ongoing psychic and spiritual pain of black people. It's sole crime was to be confusing. Besides, even after that, he still got to co-create the racetrack drama “Luck” afterward, which was quite good. It also died after one season due to its inconvenient association with killing a number of racehorses during the production.

Bringing back “Deadwood” for a movie wrap-up is wonderful and, in some respects, the least Milch can do for the many, many people who still have a great deal of faith in him and love for the show.

Another factor weighing heavily on the minds of HBO’s executives is, of course,  the impending demise of “Game of Thrones.” Bloys ballparked the debut of its eighth and final season to be sometime in the first half of 2019 — perhaps as early as April, if Maisie Williams, akak Arya Stark, is to be believed.

HBO’s last dash through Westeros will no doubt attract gigantic ratings, but once that show is over the channel will again lack for an era-defining series. “Westworld” has its fans but doesn’t enjoy the wide popularity of “Game of Thrones,” or “The Sopranos” or the premium channel’s other game-changing scripted hits. “Deadwood” wasn’t a ratings blowout in its heyday, although some measure of retrospective appreciation for television’s platinum age is likely to have grown its audience since it went off the air.

As Bloys pointed out, the channel has been in this position before. “We’ve been doing this for a long time. I think we will be okay," he told reporters. "And there’s no next ‘Sopranos,’ there’s no next ‘Game of Thrones,’ there’s the next great show.”

And who knows? Depending on how popular that “Deadwood” movie ends up being (and whether the cast is up for it) that next great show might be another season of a previously great series from its past.

“Never say never,” Milch once said about the return of his slumbering Western. Turns out he was right. But with regard to a network on the search for its next big thing, that’s not entirely comforting given what else we know is napping inside the saloon.

“Blindspotting”: A complex look at gentrification