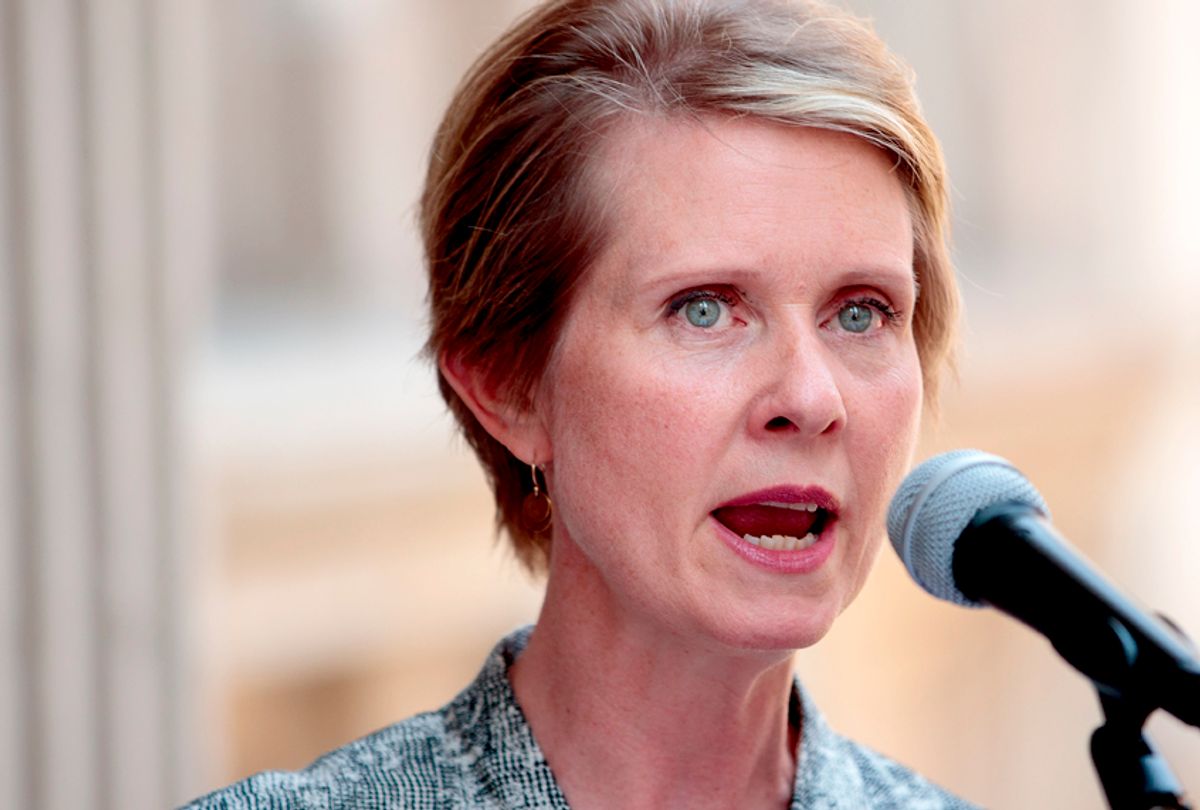 The Democratic Socialists of America chapter located in the city of New York (NYC-DSA) has officially thrown its weight behind actress Cynthia Nixon in the Empire State's upcoming race for governor.

Sunday's endorsement came after Nixon announced she was running as a democratic socialist during a July 10 rally in Washington Square Park that protested the nomination of President Donald Trump's Supreme Court nominee Brett Kavanaugh.

“Some more establishment, corporate Democrats get very scared by this term,” the former "Sex and the City" star said to Politico at the time. "But, if democratic socialism means that you believe health care, housing, education and the things we need to thrive should be a basic right – not a privilege – then count me in."

The label "democratic socialist” has captivated political discourse in the aftermath of the insurgent victory by newcomer Alexandria Ocasio-Cortez over incumbent Rep. Joe Crowley, the Democratic Party's third-highest ranking member in the House of Representatives. The 28-year-old recently campaigned in Kansas with Sen. Bernie Sanders, I-Vt. , who is regarded as the movement's biggest star.

Nixon is "the best chance we have to win universal rent control, Medicare for all and many other priorities for working people in New York,” Abdullah Younus, co-chair of the NYC-DSA, said.

While Cuomo leads Nixon in the latest polls, the actress now stands to benefit at the grassroots level from the NYC-DSA's door-to-door canvassing operation. Nixon expressed gratitude for the group's support, which helped propel Ocasio-Cortez to victory, saying: “I’m proud to receive this endorsement and look forward to working with DSA’s members to knock on doors and organize to defeat Andrew Cuomo and his Wall Street-backed agenda on Sept.13.”

But not every one of the DSA's 4,000 dues-paying members was eager to back the actress. Members of the North Brooklyn branch of NYC-DSA wrote an open letter opposing Nixon's endorsement. While a list of logistical and structural reasons began their letter, the authors also claimed that she could "impede" the chapter's efforts to build "a socialist movement led by the working class":

While Cynthia Nixon requested our endorsement before Alexandria Ocasio-Cortez’s victory, she announced that she was a democratic socialist in an interview released mere minutes before a forum with NYC-DSA members. She has since equivocated on that statement. We will not gain members or normalize socialism with a candidate who is not committed to democratic socialism.

. . . Nixon is a multi-millionaire who has donated less than 5 percent of her income to charity. She has filled her campaign with personnel associated with Mayor Bill de Blasio, including her campaign manager, who helped write the mayor’s “affordable” housing plan  —  a Trojan horse for gentrification and mass displacement of poor, predominantly black families.

Nixon was also endorsed Monday by the national grassroots organization, Indivisible. The group, which has some 400 registered chapters in New York, could further provide a last-minute jolt to Nixon's campaign in the final stretch toward Sept. 13.

And Nixon has an uphill battle. Cuomo currently leads the actress 59 percent to 23 percent in the race, according to the latest Quinnipiac University poll released earlier this month. The incumbent also has a larger campaign chest than Nixon, with $30 million in comparison to her $650,000, per The New York Times.