Samantha Bee calls for #MenToo: "Sexual assault of men is a real problem and not a joke" 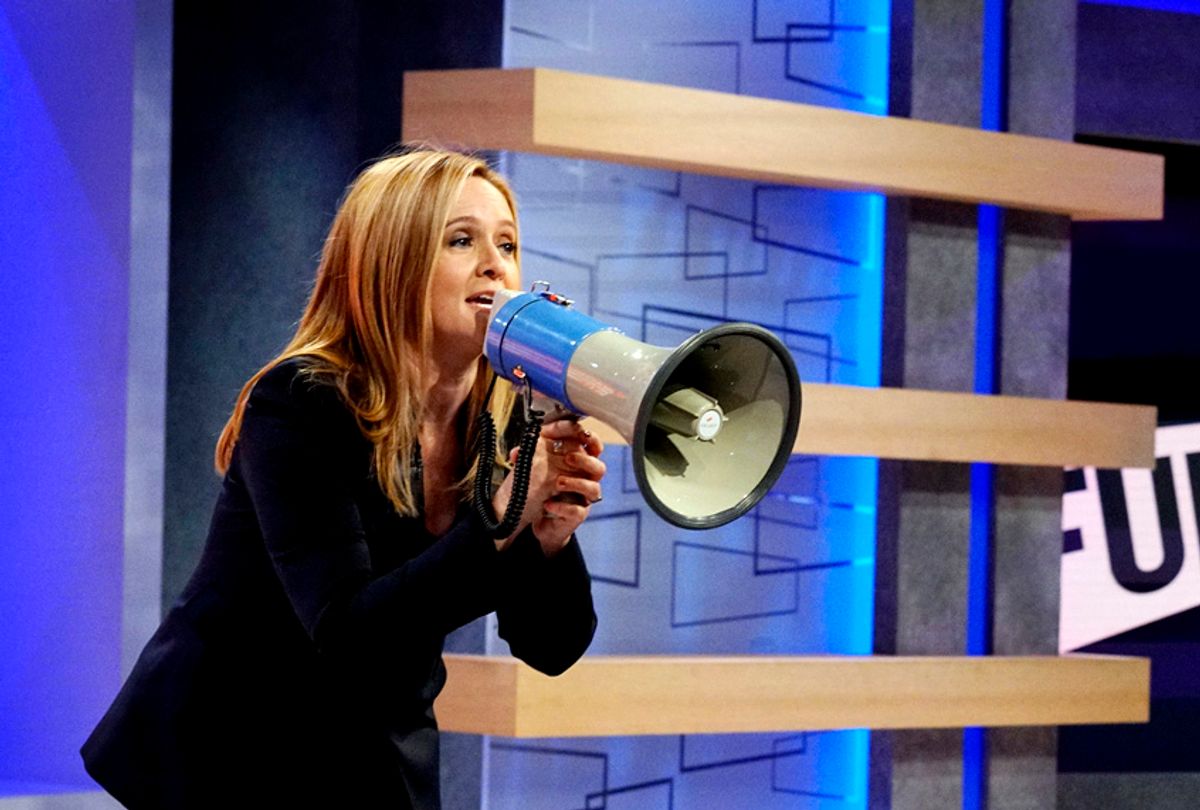 Samantha Bee had an important message for viewers on TBS' "Full Frontal" Wednesday: Sexual abuse happens to men, too. Thanks to some men standing on the front lines like Terry Crews and Anthony Rapp, both of whom have come forward accusing powerful men of sexual assault, it's not totally off the news cycle radar. (Though Crews was attacked by some on social media for not responding to his assaulter with violence.)

But it's not just acts of sexual violence that enforce rape culture, it's also jokes about prison rape and Catholic church molestation, not to mention the celebratory tone around stories about women teachers or other older women preying on teenage boys.

"We tend to talk about lady stuff a lot on this show, mainly because I am a woman and other late night shows already cover beer pong, or whatever, I don't know. I can't watch them, their voices are so deep," Bee joked. "But there is one issue that affects men that I do want to discuss tonight: male sexual abuse. When we talk about men and sexual assault, it's usually about whether some slime ball was falsely accused or not."

False accusations are extremely rare, Bee added. What's not so rare is men being victims of sexual abuse. "About one out of 33 men in the U.S. have been victims of attempted or completed rape," the late night host continued, "meaning men are vastly more likely to be sexually assaulted then to be falsely accused of rape. Sexual assault of men is a real problem and not a joke, despite the way we tend to talk about it."

"Full Frontal" then aired a montage of various comedians using sexual assault of men as punchlines. In a follow-up montage, Bee also demonstrated how the mocking or making light of sexual violence against men and boys has been promoted by the police, by politicians, in TV shows and movies, and even on cable news (hi, Fox News and Tucker Carlson.)

The TBS host admitted, "I need to do better on this, too. We talk about #MeToo like it's only a women's movement, but many of the predators in the #MeToo era preyed on men."

Bee suggested an additional hashtag: #MenToo. "When we laugh at their victims, we make it easier for them to keep Kevin Spacey-ing all over the place," she said. "So, to all the Jesse Watters' out there [he also joked about it on Fox], who don't see anything wrong with a hilarious rape joke, please, enjoy this message from the actually hilarious Terry Crews."

Crews and Bee then starred in a PSA promoting a myriad of things that are actually funny, opposed to male sexual assault. Step one — for people who like to tell jokes about prison rape, or boys getting molested, or high schoolers who get assaulted by teachers — "stop telling those f**king jokes," Crews said.

"They're not funny; they've never been funny," Bee added. But Crews had some other suggestions of jokes that never go out of style. So the actor and Bee demonstrated some ideas, like spit takes, or jokes about off-brand merchandise or a pie to the face (and unbeknownst to Bee, it was filled with Bees.)

What was the original intention behind the phrase “me too,” which sparked the viral hashtag #MeToo?