The actress opens up to Variety as she heads to D.C. with Broadway stars to protest outside the White House 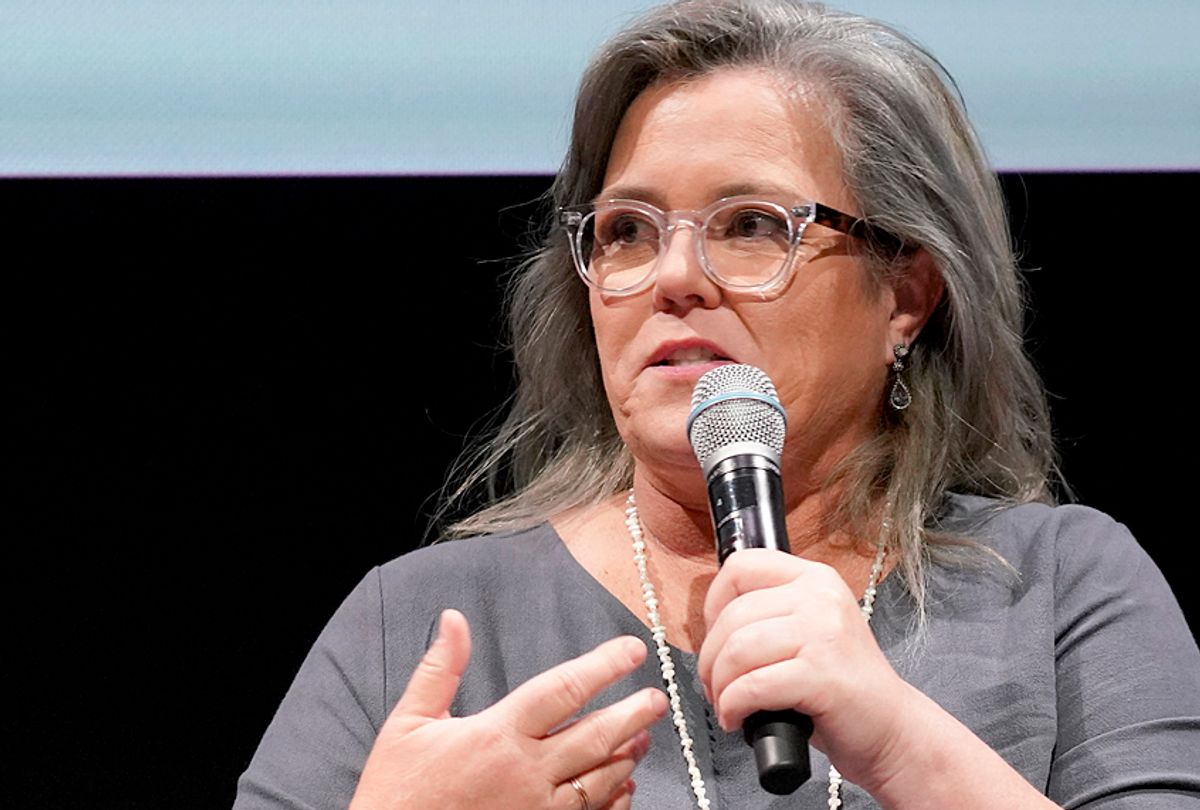 Rosie O'Donnell is heading to Washington Monday, along with a slew of current and former cast members from Broadway's biggest musicals, to protest President Donald Trump in new form.

O'Donnell, who has a background in Broadway, as well as the other performers, plans to sing "The People’s Song" from "Les Miserables," Burt Bacharach’s "What the World Needs Now Is Love," "A Brand New Day" from "The Wiz" and "Climb Ev’ry Mountain" from "The Sound of Music" right outside the White House, according to the Associated Press. It's part of  nascent nightly protest "that encourages participants to be so loud that they hope the president will have trouble sleeping," Variety reported.

As the comedian, actress and television personality heads to D.C., O'Donnell spoke to Variety about her friend Roseanne Barr, LeBron James and her disdain for the president, which extends back for more than a decade.

"I never in a million years would have imagined that so many people would fall for him," she said of Trump. "If you’re from New York, we understand all what he was about because we watched him try to create this façade in real time in front of our eyes as his planes were being repossessed from the runways of LaGuardia. And now it’s so tragically sad what he’s doing to a part of the country that doesn’t have neither the time or the resources or desire to look deeper. He’s taking the people who are easily fooled and fooling them over and over again to the point where we are now in this horrible predicament."

O'Donnell added that she is hopeful for the upcoming midterm elections, believing that people will turn out in record numbers. And she said that if Democrats take back the House and Senate, "then we’re going to get rid of him [Trump] as soon as possible — a day after we win. And I think people will be rejoicing all over the place, all over the world."

However, when it comes to the next president, the comedian questioned if the country will be able to recover from the havoc Trump has caused. "He’s a vicious dictator and he admires vicious dictators," she told Variety. "He’s now going after LeBron James. It’s insanity, coming off of this man opening this school to save people from the community he grew up in and providing them with opportunities they would have never had before — that’s the man you try to bully? He’s so beyond a racist. He’s just a hateful person without a soul."

It's an accusation that O'Donnell makes from experience. "They try to diminish and deride anyone they feel is vulnerable," she said. "He did that with me. He felt like I was vulnerable because I’m a gay, overweight, loud New York woman who has absolutely no use for him or what he stands for and is not afraid to say it."

For context, in 2011, when O'Donnell announced her engagement to then-girlfriend Michelle Rounds, Trump wrote on Twitter: "I feel sorry for Rosie 's new partner in love whose parents are devastated at the thought of their daughter being with @Rosie--a true loser."

Over the years, Trump has publicly called O'Donnell fat, referred to her as "crude, obnoxious and dumb," and when questioned about his disparaging remarks to women during the 2016 campaign, specifically that he has described some women as "fat pigs," "dogs," "slobs" and "disgusting animals," he replied, "only Rosie O'Donnell."

O'Donnell also spoke of her friend, Roseanne Barr, who was fired from ABC after she wrote a racist tweet against Barack Obama aide Valerie Jarrett.

"We’re friendly. We talk on the phone," she said. "I reached out to her when she first sent that tweet and I encouraged her to delete it and to really look inside herself to find out where that was coming from."

O'Donnell said that Barr offered her the same explanation as she did to the rest of the world: that she didn't know Jarrett was African-American and that it was meant to be a political jab about the Iran deal versus a racial one. "Roseanne and I have vastly different political views although many years ago we did not," O'Donnell added. "We were very aligned."

The actress shared that since the ABC fallout, she has been confused for Barr in public. "I have been in Boston and people have mistaken me for her," O'Donnell told Variety. "It’s been really intense. I’ve had black and brown people come over to me and say, 'You’re not so funny now? You going to say it in front of me, Roseanne?' And I’m like, 'Actually I’m Rosie O’Donnell. I’m the one who loves Tom Cruise and hates Donald Trump.'"

Does a role need to be played by the gender assigned to the character on the page?