All eyes on Ohio: Will Democrats regain a House seat controlled by the GOP for more than 30 years? 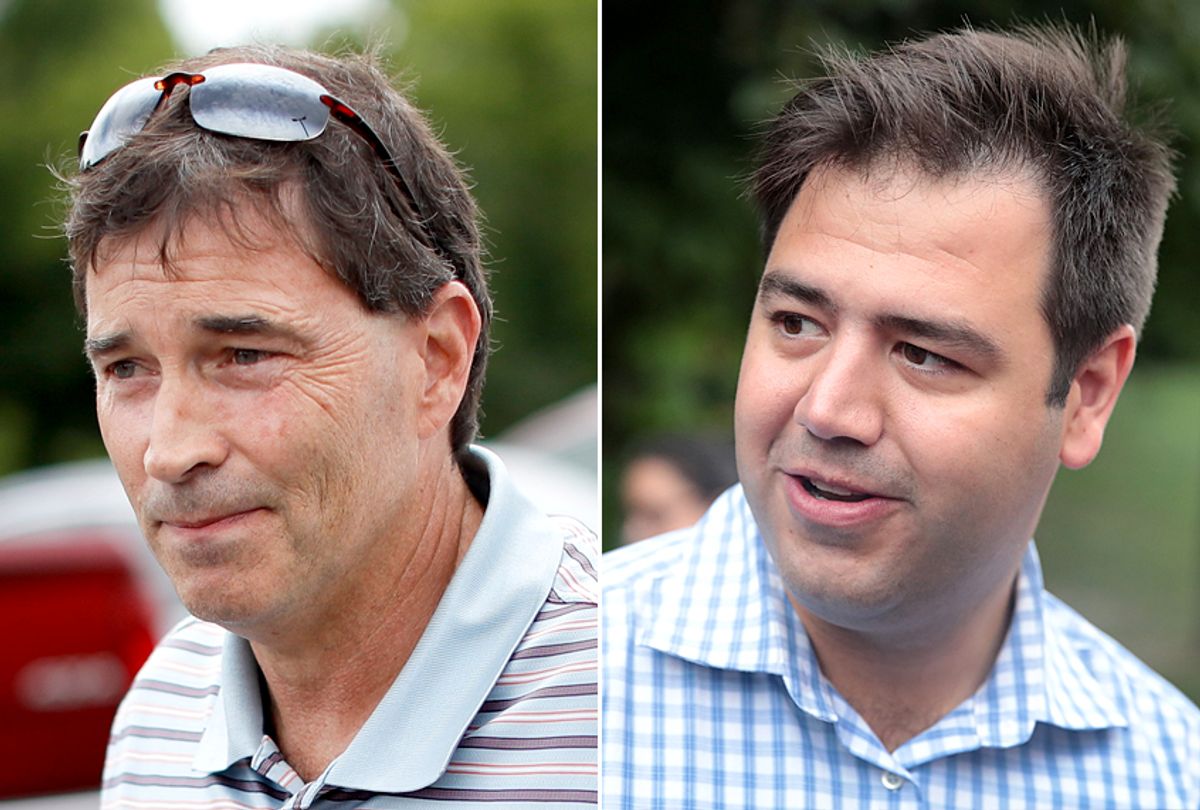 As Americans across the country head to the polls Tuesday to cast their votes in primaries that will determine which candidates will appear on the ballot in November's midterm races, one special election in Ohio could provide an early forecast for which political party will control the House of Representatives come January.

The House seat representing Ohio's 12th congressional district has been held by the Republican Party for more than 30 years. However, the race to replace former GOP Rep. Pat Tiberi, a key member of the Ways and Means Committee who resigned from his post in January to work in the business sector, has become unusually competitive.

The current RealClearPolitics average shows Democratic candidate Danny O'Connor in a tie with Republican candidate Troy Balderson, who has earned the endorsement of both President Donald Trump and Vice President Mike Pence. A dueling pair of recent polls from Emerson College and Monmouth University show each candidate with an advantage of just one percentage point, well within the margin of error of each survey. This means the election will be decided by turnout, which is historically lower in a non-presidential year.

Is what was once a certain historical narrative about to change? As recently as June, Balderson had lead O'Connor by nine percentage points in the Manmouth poll. As Ohio's own Republican Gov. John Kasich put it, the race should be "a slam dunk" for the GOP.

Kasich, who ran against President Donald Trump in the 2016 GOP presidential primary, has been a vocal critic of the current administration. His own presidential ambitions are an open question, as he has refused to rule out a run against the sitting president for the Republican nomination in 2020. Perhaps unsurprisingly, in an interview with ABC News' George Stephanopoulos, Kasich pointed his finger directly at the "chaos" surrounding the White House.

"[It] has unnerved a lot of people. So suburban women in particular here are the ones that are really turned off," the governor said in the lead up to Tuesday's special election. "And you add to that the . . . millenials. You — you have it very close. It’s really kind of shocking, because this should be just a slam dunk — and it’s not."

The president's weekly job approval rating continue to stagnate, on Sunday a poll released by Gallup reported that a majority of Americans, or fifty-four percent, currently disapprove of Trump's performance — a positive increase of just one percent from the week prior. Only forty-one percent of Americans approve of the job that the president is doing.

Tuesday on MSNBC, the "Morning Joe" panel highlighted how Trump's performance in the Gallup poll was largely bolstered by white voters with no college degree, who approve the president by an overwhelming 58 percent to 39 percent margin.

Host Joe Scarborough, the former Republican congressman from Florida who prominently exited the party after Trump's election, highlighted the potentially losing position the president has boxed the GOP into by appealing only to the party's base.

"All I can say for Donald Trump and Republicans who are hoping — like this special election in Ohio tonight — the Republicans that are hoping that he'll somehow get them over the finish line, even in strongly Republican districts like this Ohio 12 — they just better hope that their small slice of the electorate comes out," Scarborough said Tuesday. "Because, I mean, Donald Trump is sacrificing just about every other group in America for this one group of white, non-college educated voters that — again — there just aren't enough to get him over the top or his candidates over the top in a lot of elections."

Accordingly, two important data points in Monday's edition of "The Fix" should be highlighted. Ohio's 12th congressional district is "full of higher-educated, mostly white suburban voters who lean Republican" who are voting in a race that has become a "referendum on Trump." In the Washington Post, Amber Phillips elaborated:

Presidents always cast a large shadow in the first congressional election of their tenure. But Trump so completely dominates the political conversation — he even goes out of his way at rallies such as the one he held Saturday in Ohio to make it about himself — that it's fair to say this race is a referendum on Trump.

. . . We've already had glimpses of Trump's unpopularity a year and a half into his tenure. Democrat Conor Lamb won a district Trump won by 20 points in 2016. Democrats have flipped more than 40 state legislative seats, including some deep in Trump country in Oklahoma and Kentucky. This race will complete the picture, said Stu Rothenberg, a nonpartisan political analyst who writes the Rothenberg Political Report, in an email to The Fix.

“The closeness of this contest reflects Trump's weakness, and this special will show us how serious those problems are,” Rothenberg wrote. “To me, a tight race with Balderson winning by a few points would confirm the coming Democratic wave.”

The Manmouth poll found that "voter opinion of Trump’s overall job performance stands at 46 percent approve and 49 percent disapprove." Will that provide an opening for O'Connor? Whatever happens in today's primary, one progressive thought leader argues that the competitive race is proof in it of itself that blue wave is upon us. The tight contest reinforces "how difficult the political climate is for Republicans heading into November," Navin Nayak wrote Monday in a memo. The executive director of the Center for American Progress Action Fund further elaborated:

If Democratic candidate Danny O’Connor prevails, it will be yet another seat that President Donald Trump won by double digits that Republicans in Congress will have lost. But even if O’Connor comes up short, it simply reinforces how expansive the playing field has become heading into November.

According to the Cook Political Report, OH-12 is an R+7 district. There are 60 districts held by Republicans that are more favorable to Democrats than OH-12 (R+6 or lower).

For Nayak, his crystal ball shows shades of blue. "We already know the answer, and it is one that is one Republicans won’t want to hear," he added.