"Maybe Melania’s not happy in her marriage": Trevor Noah says FLOTUS is "throwing shade" at Trump 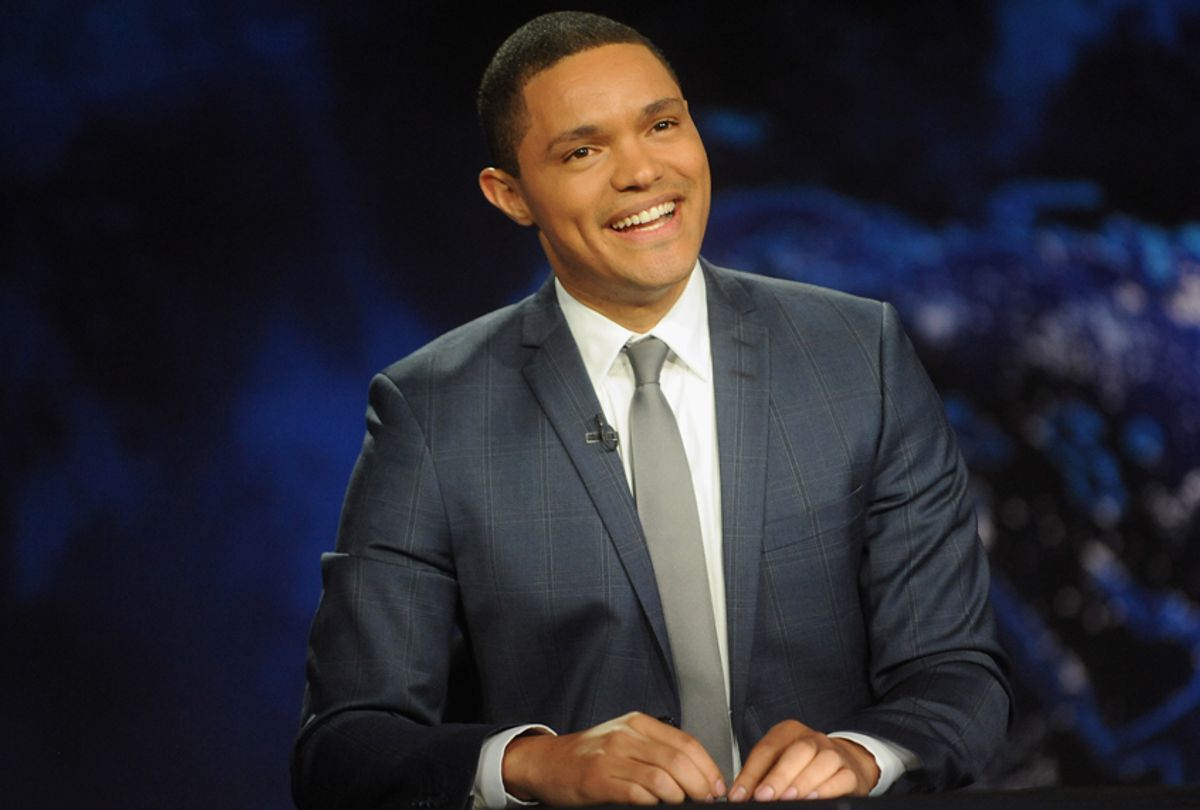 President Donald Trump is officially out of the White House and on summer vacation, and according to Trevor Noah, he deserves it. "Do you know how much effort it takes to destabilize the entire world?" the late-night host asked on "The Daily Show" Monday night.

However, Trump's vacation doesn't mean he's retreating from the public or social media spotlights. He's still crashing campaign rallies to slam the media and tweeting ferociously, as Noah said, the president has "a lot of time on his thumbs."

This time, the comedian was referring to the president insulting NBA star and philanthropist LeBron James.

"Lebron James was just interviewed by the dumbest man on television, Don Lemon," Trump wrote over the weekend. "He made Lebron look smart, which isn’t easy to do. I like Mike!"

James was interviewed by CNN's Don Lemon after he opened a public school for vulnerable students in his hometown of Akron, Ohio, providing a holistic environment that included education, food banks for families and college tuition for every student who graduates.

"Really?" Noah said. "You know, Trump calling someone the 'dumbest man on television' is like R. Kelly singing about you locking girls up."

"The Daily Show" host played a clip from James' CNN interview where he said he believed that the president was using sports "to divide" America. It's a fact that James said he can't relate to, because sports always served as a bridge in his life and was the arena where he first met and became friends with white people.

"Wow, that is so powerful," Noah said. "Imagine going through your whole life and never realizing that there were other people out there who were so easy to dunk on."

"So once again, President Trump is feuding with a famous black person who dared to criticize him," he continued, showing photos of James, Golden State Warriors star Steph Curry, civil rights activist and Rep. John Lewis, D-GA, Rep. Maxine Waters, D-Calif., and Rev. Al Sharpton. "And now it's got all this attention, which makes me wonder, 'What do I have to do?! Why do you ignore me, Donald? We even wrote a book!'" Noah screamed, plugging "The Daily Show's" new book about the president's tweets.

But Trump attacking LeBron James "wasn't that surprising" Noah added. "What was surprising is who came to LeBron’s defense."

In a statement via her spokesperson, First Lady Melania Trump broke from her husband and praised James, saying:

It looks like LeBron James is working to do good things on behalf of our next generation and just as she always has, the First Lady encourages everyone to have an open dialogue about issues facing children today. As you know, Mrs. Trump has traveled the country and world talking to children about their well-being, healthy living, and the importance of responsible online behavior with her Be Best initiative. Her platform centers around visiting organizations, hospitals and schools, and she would be open to visiting the I Promise School in Akron.

"Guys, I’m starting to think that maybe Melania’s not happy in her marriage," Noah suggested, claiming that this is the fourth time she has publicly gone against the president. "English may not be her first language, but she clearly is fluent in throwing shade."