Omarosa’s publisher to Donald Trump: It is "quite telling" that you do not claim her words are false 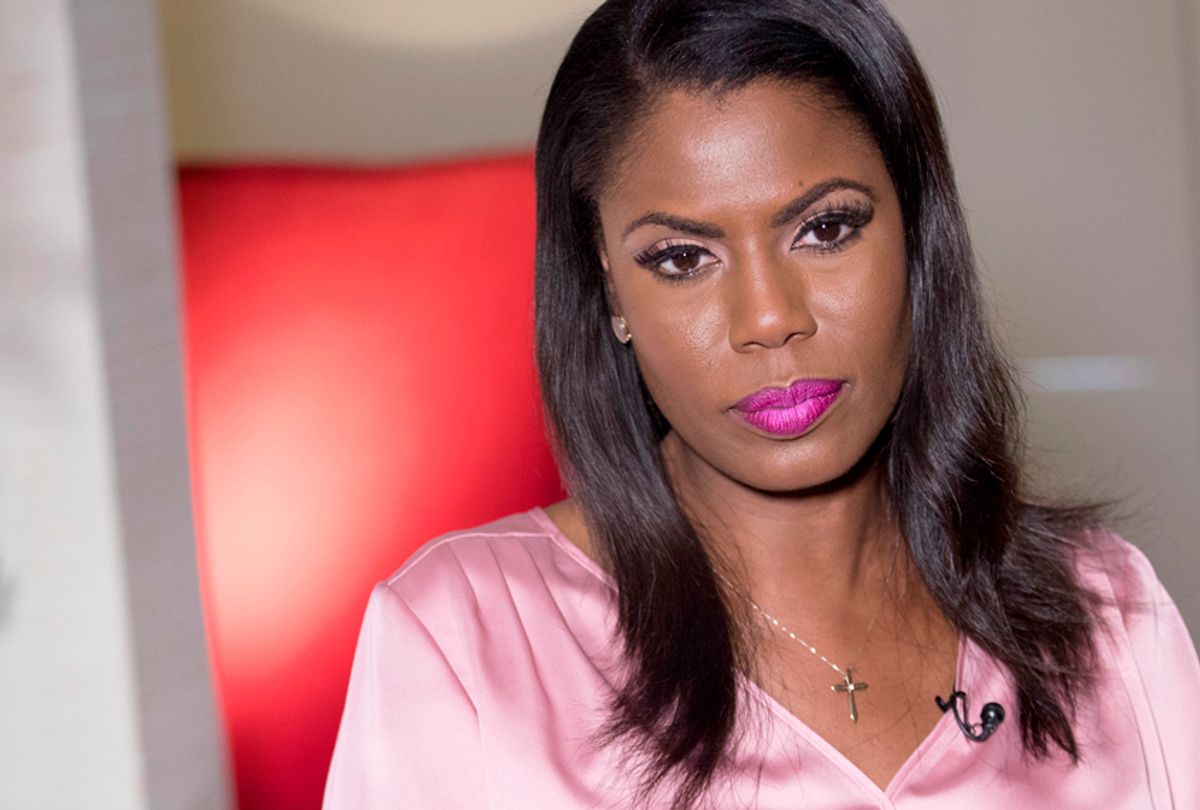 Omarosa Manigault-Newman's publisher has addressed legal threats from President Donald Trump's team surrounding what they call her "explosive, jaw-dropping" account about her time inside the White House, saying it would "not be intimidated by hollow legal threats and have proceeded with publication" as scheduled.

The Trump campaign filed an arbitration action Tuesday against the former West Wing aide, claiming she had violated a 2016 non-disclosure agreement in a media blitz promoting her new tell-all memoir.

"While your letter generally claims that excerpts from the book contain 'disparaging statements,' it is quite telling that at no point do you claim that any specific statement in the book is false," Elizabeth McNamara, an outside counsel for publisher Simon and Schuster, wrote in response to the Trump campaign's litigation counsel. The letter was obtained exclusively by CNN.

"Your client does not have a viable legal claim merely because unspecified truthful statements in the book may embarrass the president or his associates," she added. "At base, your letter is nothing more than an obvious attempt to silence legitimate criticism of the president."

"Put simply, the book's purpose is to inform the public," McNamara added. "Private contracts like the NDA may not be used to censor former or current government officials from speaking about non-classified information learned during the course of their public employment."

While the letter that the Trump campaign's litigation counsel sent to Simon and Schuster has not yet been publicly revealed, McNamara said it threatens that the publication of "Unhinged" would be subject to "substantial monetary damages and punitive damages."

"My clients will not be intimidated by hollow legal threats and have proceeded with publication of the Book as schedule," she wrote. "Should you pursue litigation against S&S, we are confident that documents related to the contents of the book in the possession of President Trump, his family members, his businesses, the Trump Campaign and his administration will prove particularly relevant to our defense."

Simon and Schuster's director of corporate communications told CNN in a statement that "despite various legal claims and threats made by representatives of the Trump campaign," the company was "confident that we are acting well within our rights and responsibilities as a publisher."

While making the media rounds to tout her new book, Manigault-Newman, who was fired from her post in the executive branch, has claimed that she had heard a recording of Trump uttering the "N-word" and other racial slurs "multiple times" while filming "The Apprentice." She also blasted the president as a racist who is allegedly in mental decline.

Trump has strongly rebuffed the legitimacy of Manigault-Newman's claims. In recent days, the commander in chief has publicly lashed out against his former protégé — now arch-nemesis — by calling her a "crazed, crying lowlife" and a "dog."

Manigault-Newman was let go from her post as director of communications at the White House Office of Public Liaison in December after less than a year on the job. Multiple news outlets reported at the time that the former Trump administration staffer had been physically escorted off White House grounds after she tried to storm Trump's residence in response to hearing she had been fired. In recent days, the White House has sought to dismiss her as a "disgruntled" former employee.