Omarosa shared a video of Michael Cohen on MSNBC. Was the much-hyped tape more than a ratings ploy?

The recording is allegedly evidence of Cohen's involvement with Trump's 2016 presidential campaign. Watch it below 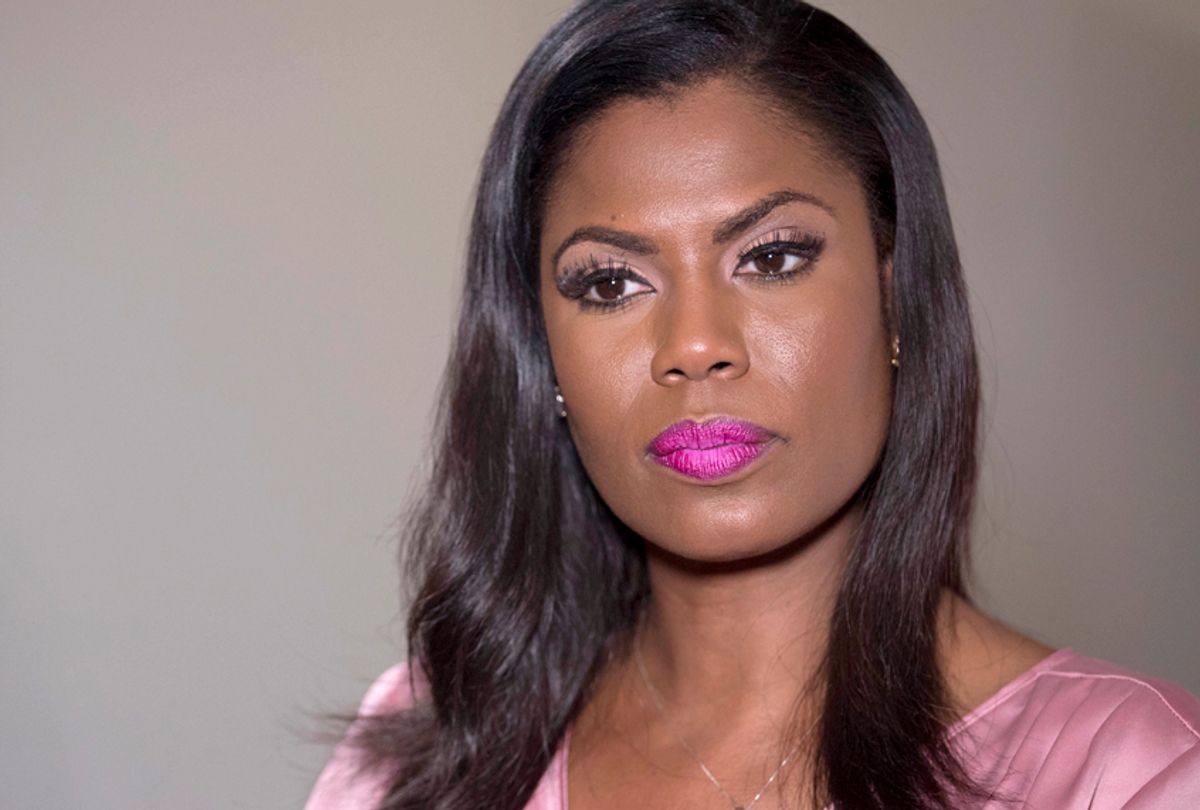 While Donald Trump was holding a rally Thursday night in West Virginia, Omarosa Manigault-Newman, the former "Apprentice" contestant who was later fired from her senior role at the White House, appeared on MSNBC's "Hardball with Chris Matthews" to share a video recording of Michael Cohen, the disgraced attorney who spent many years working as the president's personal "fixer," from September 2016.

According to Manigault-Newman, the video — which shows Cohen boarding Trump's plane in the lead up to Election Day — is evidence that Cohen was involved in his presidential campaign, something the former White House staffer predicted the president would soon begin to deny.

However, Manigault-Newman did allege on MSNBC that everyone in the 2016 Trump campaign "knew that this (Michael Cohen's payment to the adult-film actress Stormy Daniels) was going to be used as hush money payment from campaign finances."

Cohen pleaded guilty earlier Tuesday to federal campaign finance charges. He made the stunning admission that he paid off adult film actress Stormy Daniels "at the direction of the candidate," seemingly referring to Trump, during the 2016 presidential campaign in order to squash reports about the pair's alleged affair.

Trump's "fixer" also pleaded guilty to multiple counts of tax evasion, bank fraud and making false statements regarding a credit decision, according to reports from the federal courtroom in Manhattan.

"Today changed everything. This is the beginning of the end for Donald Trump," Manigault-Newman said on MSNBC, "because he knows that the person who knows everything about him, about his relationship with these women and others people may not know about will come to light."

Tuesday's tape was the latest recording released by Manigault-Newman, who is in the midst of promoting her new tell-all memoir about her time inside the West Wing, titled "Unhinged."

On Monday, Manigault-Newman proclaimed to The Wall Street Journal that she is joining the anti-Trump "resistance" campaign and will spend the midterm-election season presenting her case against supporting the president.

Manigault-Newman was let go from her post as director of communications at the White House Office of Public Liaison in December after less than a year on the job. Multiple news outlets reported at the time that the former Trump administration staffer had been physically escorted off White House grounds after she tried to storm Trump's residence in response to hearing she had been fired. In recent days, the White House has sought to dismiss her as a "disgruntled" former employee.

The former "Apprentice" contestant has claimed that she had heard a recording of Trump uttering the "N-word" and other racial slurs "multiple times" while filming "The Apprentice."

Trump has strongly rebuffed the legitimacy of Manigault-Newman’s claims. In recent days, the commander in chief has publicly lashed out against his former protégé — now arch-nemesis — by calling her a "crazed, crying lowlife" and a "dog."

In her book, Manigault-Newman alleges that she believes Trump is in mental decline. She recently reiterated the claim on MSNBC.

"And as you know, in 'Unhinged' I assert that he is in mental decline and that was in full display when he was attacking me over and over again and all of those tweets and then he wanted to sic his entire legal team on me and my publisher," she said.

The White House has slammed Manigault-Newman’s new book as "riddled with lies and false accusations," though Press Secretary Sarah Huckabee Sanders said she "can't guarantee" there isn’t a recording of Trump using the racial epithet. Sanders then pointed reporters to the president’s denials on Twitter.