"And it's much worse than people realize," the former White House staffer claimed during an appearance on MSNBC 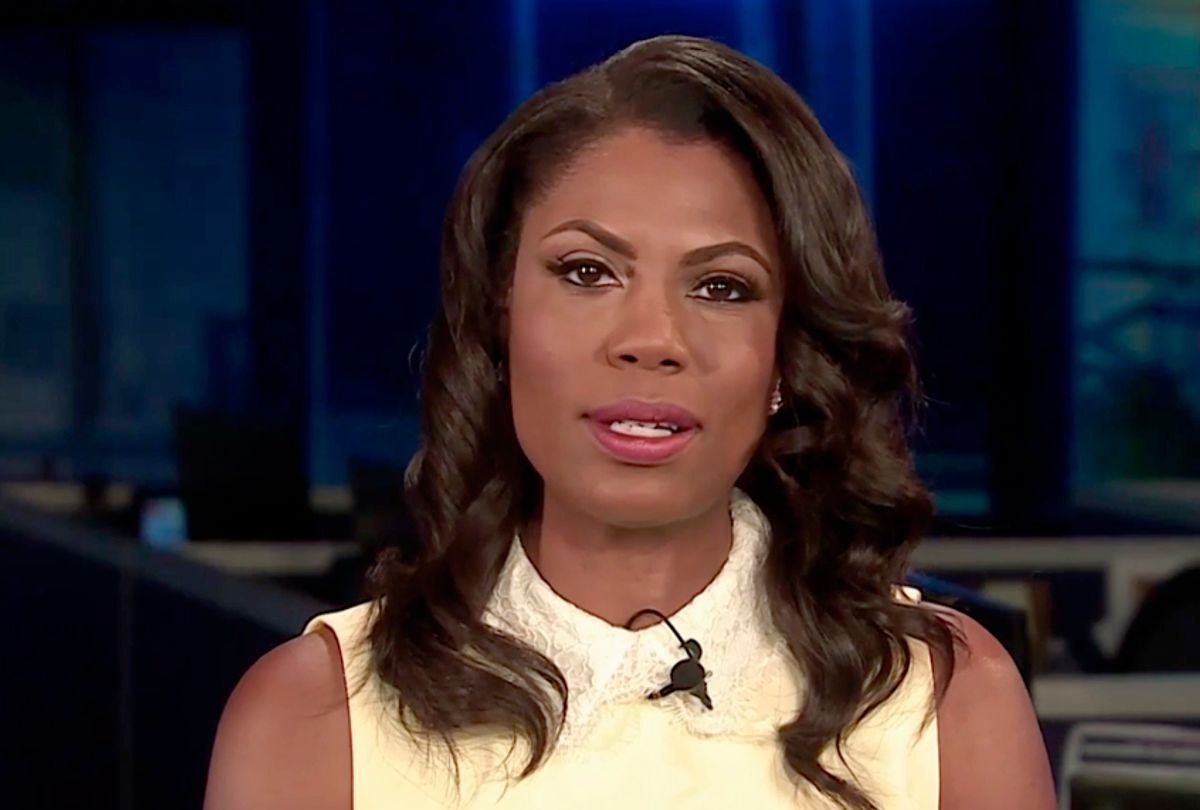 Omarosa Manigault Newman, the former "Apprentice" star who was later fired from her senior role at the White House, continued her media blitz Sunday promoting her new tell-all memoir about her time inside the West Wing, titled "Unhinged." Following days of attacks from President Donald Trump and his inner-circle — which include legal threats — Omarosa offered a firm message on live TV: Donald Trump is a "racist" and a "performer" who she purports "wants to start a race war in this country."

Speaking with the Rev. Al Sharpton on MSNBC's "PoliticsNation," Omarosa said Trump's efforts during the 2016 presidential campaign to appeal to African-American voters was just a gambit to win their vote.

"He was disingenuous about his commitment to diversity. He could care less if African-American civil rights leaders, anyone came to the table, because he had his agenda," she told Sharpton. "And that agenda did not include advancing and uniting the African-American community or even putting any policies in place that he promised during the campaign. He's a performer. He wants to use people as props."

When asked whether she thinks that Trump is a racist, Omarosa answered, "Yes, Donald Trump is."

"I believe that he wants to start a race war in this country," she added.

Omarosa made the claim as she discussed the White House's hiring practices in response to Sharpton's question about the president's "lily white inner circle" of staffers.

"And it's much worse than people realize," the former White House staffer said. "There are 30 special assistants to the president right now. There are none representing the African-American community." She added that candidates of color were "rejected over and over."

"There is really no real commitment to diversity in the White House," she continued. "And he's unapologetic about it because he's completely contradicted the commitment he made when he did that campaign of, 'What do you have to lose?'"

Omarosa was let go from her post as director of communications at the White House Office of Public Liaison in December after less than a year on the job. Multiple news outlets reported at the time that the former Trump administration staffer had been physically escorted off White House grounds after she tried to storm Trump's residence in response to hearing she had been fired. In recent days, the White House has sought to dismiss her as a "disgruntled" former employee.

The former "Apprentice" contestant has claimed that she had heard a recording of Trump uttering the "N-word" and other racial slurs "multiple times" while filming "The Apprentice."

Trump has strongly rebuffed the legitimacy of Omarosa's claims. In recent days, the commander in chief has publicly lashed out against his former protégé — now arch-nemesis — by calling her a "crazed, crying lowlife" and a "dog."

Omarosa told Sharpton what she thought when Trump called her a "dog" in a tweet.

"When he called me 'that dog,' I thought it was clear evidence . . . that he has absolutely no respect for the presidency. It was such a vulgar slur. And can you just imagine if he would say that publicly, what is he saying about me and other African-Americans privately?" she asked.

"Donald Trump is not equipped to serve in the role that he is in," she concluded. "I would say that he's unfit to serve as the president of the United States. He has completely taken the presidency to the gutter."

In her book, Omarosa alleges that she believes Trump is in mental decline. She reiterated the claim again on MSNBC on Sunday.

"And as you know, in 'Unhinged' I assert that he is in mental decline and that was in full display when he was attacking me over and over again and all of those tweets and then he wanted to sic his entire legal team on me and my publisher," she said.

The White House has slammed Omarosa's new book as "riddled with lies and false accusations," though Press Secretary Sarah Huckabee Sanders said she "can't guarantee" there isn't a recording of Trump using the racial epithet. Sanders then pointed reporters to the president's denials on Twitter.

On Sunday, Omarosa revealed to Sharpton that she had more of her own tapes.

"Absolutely, I have this kind of 15-year record with Donald Trump and I'm very good at documenting my life, documenting things that happened, particularly things that were peculiar to me," she said.