Deporting one Nazi is not enough 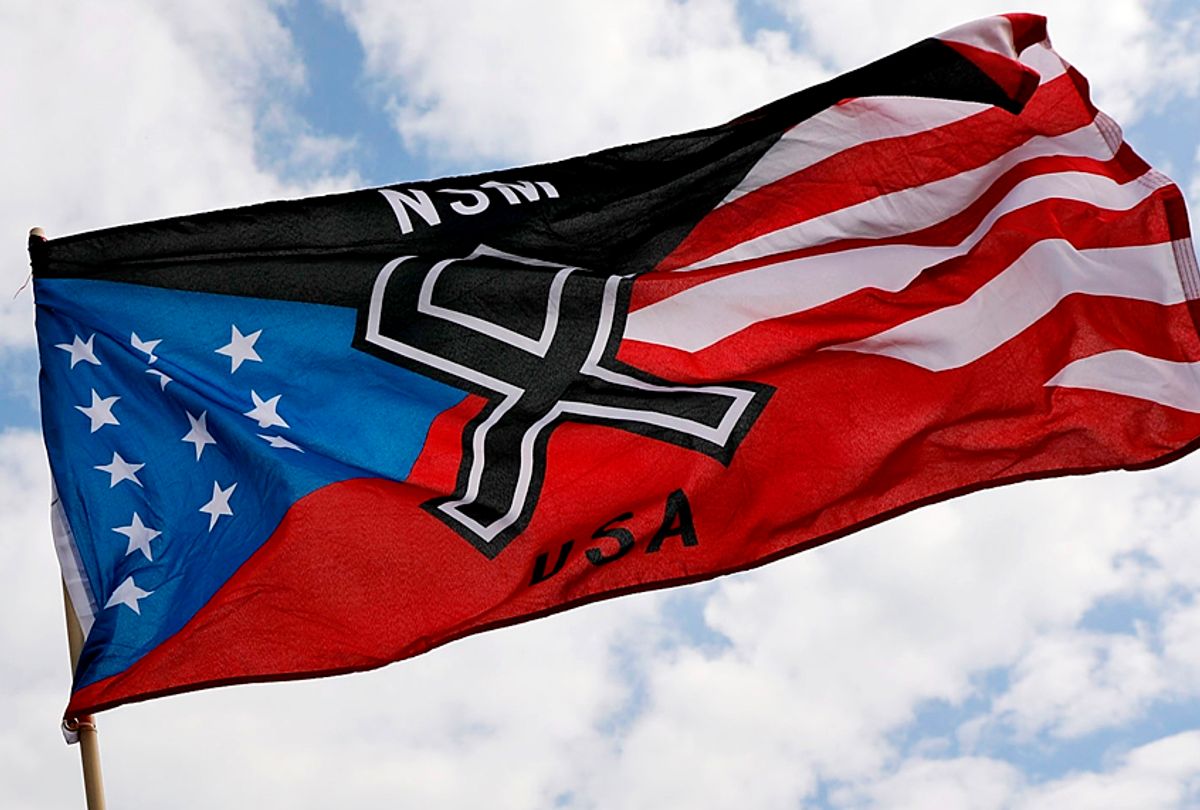 America's ambassador to Germany, Richard Grenell, has been busy running a victory lap for convincing Germany to accept a deported alleged former Nazi collaborator Jakiw Palij this week. The Republican National Committee released a gloating statement asking, "Now that ICE has literally removed a Nazi from her backyard, where does Ocasio-Cortez stand?" in reference to Alexandria Ocasio-Cortez, a Democratic House candidate from New York.

Nevermind that ICE had very little to do with the deportation, despite this one-time move, President Donald Trump has continued to abet white nationalist movements throughout the country.

Aracist, anti-Semitic flyer from the KKK was widely distributed outside of a movie theater showing the Spike Lee film "BlackKKlansman" in Pennsylvania. Characteristically for the Klan, the flyer was full of misinformation about the truth behind the movie's story — how Ron Stallworth, the first African American cop in Colorado Springs, Colorado infiltrated a local Klan group and humiliated America's most prominent Klan leader, David Duke — and denounced it as "Jewish Hollywood" spinning "a fairytale of a fake bombing to slander the KKK as terrorist and propagandize the weak minded of society."

These may seem like the odious but ultimately meaningless rants of a fringe group, but with Trump in the White House, they cannot be dismissed so casually.

It is impossible to look at a president who has curried favor from the alt-right, defended white supremacist marchers in Charlottesville as "very fine people," excised the traditional reference to anti-Semitism from a Holocaust Remembrance Day statement and overtly played on stereotypes about Mexicans (saying many of them are rapists in the speech that kicked off his 2016 campaign) and Muslims (in his calls for a Muslim immigration ban) as being anything other than a bigot himself. And by normalizing bigotry to a degree not seen by any modern president, Trump has not only made it shameful for Republicans to tout the deportation of one former Nazi while remaining silent as many more are grown on American soil; he has also emboldened bigots like the Klansmen who distributed those flyers.

"I think that's what we need in this nation anyway, is people to stop beating around the bush about the immigration issues and stuff like that," the Grand Dragon of North Carolina, Robert Jones, told Salon.

The voice mail system set up on their official phone number celebrated black-on-black crime, a canard often perpetuated by the president, and dropped the 'n-word' on a number of occasions.

"If they want to go out here and kill their selves in record numbers like they're doing over stupid wars, like these so-called 'turf wars' where one gang thinks he owns so many blocks of a city, and then the other gang wants to come in and take their territory, all of it over drug sales, I say let them continue killing their selves," Jones told Salon. "It ain't hurting us one bit... That's one reason why the Klan has not done any acts of violence. We can just sit back and let them have a war out between the Bloods, the Crips, MS-13 and the Latin Kings. I mean, to us there ain't no point in violence no more. I mean, I think the whole streets of America is pretty much one concrete jungle. It's a war zone."

And this is why, when people like Vice President Mike Pence praise President Trump and Ambassador Grenell for getting a Nazi deported, I can't help but contemplate the irony of the language that he chose.

"I commend our @ICEgov, @StateDept & Amb @RichardGrenell for their tireless efforts to extradite Palij to Germany for his role as a Nazi collaborator," Pence tweeted. "W/ today’s action by the US, justice delayed will no longer be justice denied for Palij’s victims & their descendants. #NeverAgain"

If the Trump administration wants us to believe that it is sincere about never letting this happen again, it needs to be as unequivocal in squashing people like Robert Jones and the Klan, or anyone who affiliates themselves with the alt-right, as it is about punishing evildoers from the past. Otherwise, the rhetoric rings hollow.

How PewDiePie "fudged the labels" to avoid anti-Semitism claims

On one YouTuber's flirtation with bigotry