Even when you get past the racist headline, Friedman's account of Middle Eastern "poverty" is factually wrong 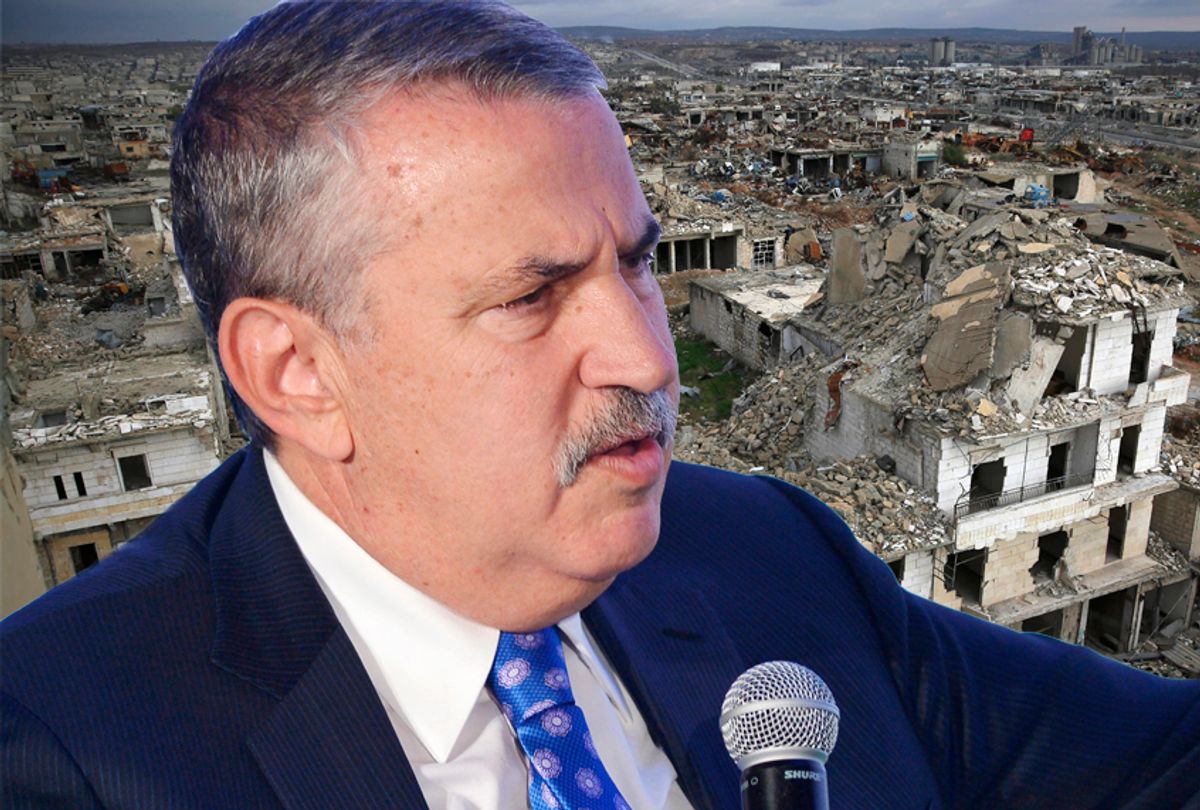 Thomas M. Friedman of the New York Times went to the movies and his takeaway from seeing "Crazy Rich Asians" is that if they made a film about the Middle East, it could be called "Crazy Poor Middle Easterners":

As with many columns by Friedman, this one prompts the question: What is he talking about?

Aside from the racism of the column’s headline — note that it’s different to say that some individuals in an ethnic group are “crazy rich” than it is to say that a group as a whole is poor because they’re crazy — it’s just empirically wrong to suggest that Middle Eastern countries are poorer as a whole than Asian countries.

One has to assume that by “Asia” Friedman means “East Asia,” because the Middle East is wholly or partially (depending on how it’s defined) in Asia; the column references China and Japan as countries that have done well “without natural resources.” (This is not really true for China, at least, which is the world’s largest producer of coal, gold, mercury, tin and zinc, and the second-largest producer of copper and silver.) As the movie that set Friedman off is set in Singapore, we have to assume that he considers Southeast Asia to be part of “Asia” as well.

The Middle East, rather famously, is home to some of the wealthiest countries in the world; using the IMF’s figures, three of the 10 wealthiest countries in the world are Mideastern — including the wealthiest, Qatar, with a per capita GDP of $125,000, along with Kuwait ($70,000) and the United Arab Emirates ($68,000). (All the comparisons of per-capita GDP use purchasing power parity, which is considered a better way to compare standards of living than rankings based on exchange rates.) Two of what Friedman would call Asian countries — Singapore ($91,000) and Brunei ($77,000) — are in the top 10. (Note that Brunei is up there because of its oil wealth, like the Mideastern nations, if that’s thought to somehow disqualify a country as “rich.”)

One country that plainly is in that category is Iran, which has “far overstretched itself, extending its malign military and religious influence into Yemen, Iraq, Lebanon and Syria.” The per capita GDP of “overstretched” Iran is $20,000, $3,000 more than in “prosperous” China. (Yes, China has a high growth rate — though currently not as high as Iraq’s.)

It’s true that there are genuinely poor countries in the Middle East — notably Yemen ($2,300) and Syria, whose economy is so ravaged that the IMF doesn’t even offer an estimate of its per capita GDP, though the CIA put it at $2,900 in 2015. These countries come closest to Friedman’s description of places “fighting over who owns which olive tree,” with “cities turned to rubble by rival sects.” But to describe them that way is to blame the victims of intensely destructive foreign intervention.

Not that Friedman is unaware of that intervention — but he goes out of his way to downplay the U.S. role in it. He describes the genocidal war in Yemen as “the Saudi/UAE war in Yemen,” which “has been so badly botched by incompetents in the Saudi Air Force that they are now being accused of possible war crimes.” That the U.S. is providing essential support for the Saudi bombing campaign, which has intentionally targeted food production in order to starve the civilian population, goes unmentioned.

In Syria, Friedman condemns the intervention of Russia and Iran in support of the government, and appears to approve of Israeli airstrikes, which he calls “the Israeli Air Force … operat[ing] against Iran in Syria.” But talking about U.S. options there, he imagines President Trump being told, “Without troops on the ground, you don’t have a vote.“

But the U.S. does have troops on the ground in Syria; as the New York Times reported in April, “Today roughly 2,000 American troops live in Syria.” That the Times’ foreign policy columnist seems not to be aware of this is crazy sad.