Brett Kavanaugh gives "The Circus" what it desperately needs: cliffhangers and unpredictable twists 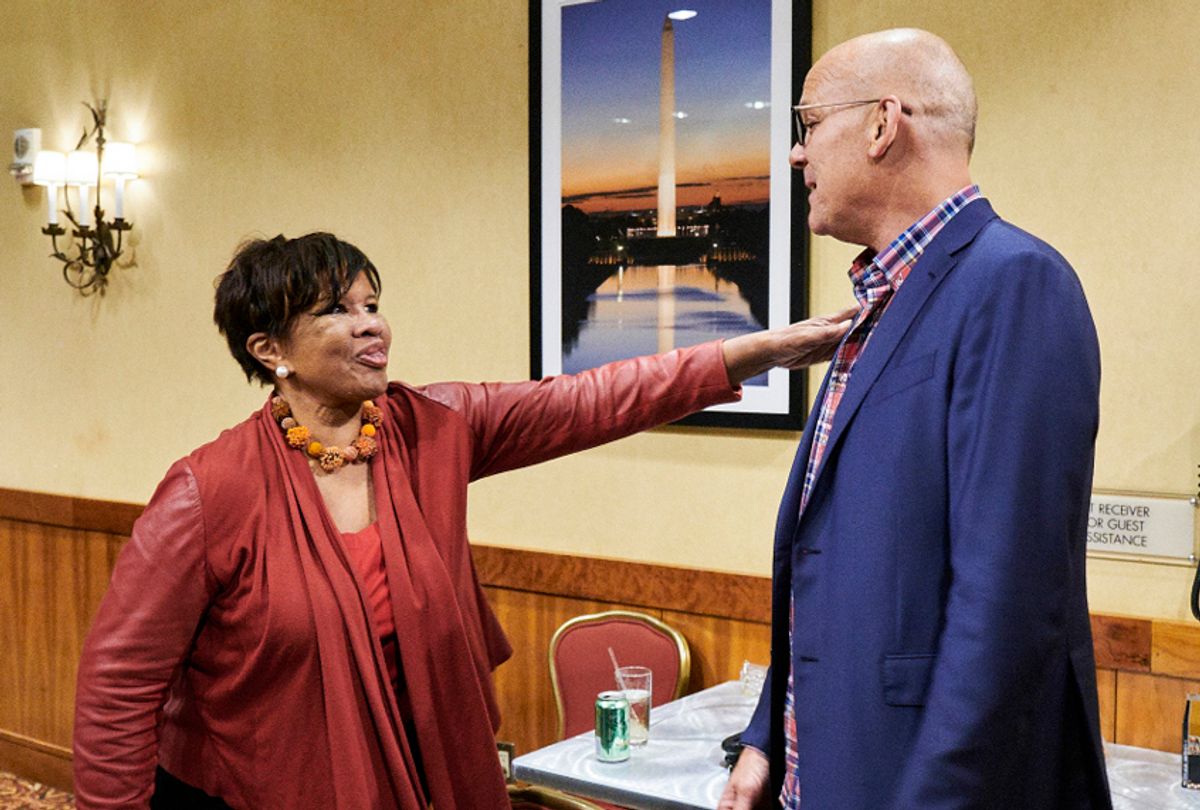 Chaos does not follow circadian rhythms. Chaos has no regard for day or night, for weekends breaks or production schedules. And sometimes that universal tendency toward unpredictability and disarray proves beneficial to a dramatic arc.

“The Circus” is a fast-paced documentary series born in tumult and raised on a political diet of Donald Trump’s upending of political culture and the tone and pace of our discourse. Its producers and hosts sprint after the biggest stories, taking us to the very edge of the previous week’s news cycle — or as close to the edge as they can predict.

The chronology of its latest episodes ends on Friday, enabling host Alex Wagner and co-hosts John Heilemann and Mark McKinnon to weave a narrative out of the week’s most crucial issues surrounding governance and campaigns.

But as we know all too well these days, one late-breaking headline can change everything, possibly making “The Circus” seem a bit flat-footed and behind the times to the impatient viewer.

Not so in this week’s episode, “Burden of Proof,” which expands upon the uncertainty of Brett Kavanaugh’s Supreme Court nomination odds, posed by a late-breaking sexual assault allegation by California professor Dr. Christine Blasey Ford.

Actually, the series inadvertently bumped up against a situation scripted series play to their benefit, ending with much of the audience knowing vital information that the onscreen players do not yet possess.

“Any vote for Supreme Court justice matters greatly,” Collins tells Wagner and Heilemann, in an interview conducted backstage at a speaking engagement at Saint Anselm College in New Hampshire. “It’s a lifetime appointment. I always take it seriously.”

Wagner then presses Collins to talk about her internal deliberations on the matter, not just as a congressional representative, but as a woman. “It is a very critical moment, but I’ve had a lot of critical moments in my career.” Collins goes on to list two such moments, including the impeachment of former President Bill Clinton, who she voted to acquit, and her work with Joe Lieberman to repeal “Don’t Ask, Don’t Tell.”

Heilemann then points out to Collins that Senator Mitch McConnell is telling people that he has the votes to confirm Kavanaugh. “So if he has the votes, he must have your vote,” he says, before asking if she’s still undecided.

She answers, “I am. How could I decide before hearing the testimony of Professor Ford? I’m close, I’m very close, but I’m not all the way there yet.”

Then Collins delivers the episode’s cliffhanger: “Professor Ford deserves to be heard.”

This exchange occurred on Friday. Less than 48 hours later — mere hours before “Burden of Proof” made its debut — The New Yorker released another story pegged to a fresh allegation against Kavanaugh by another woman, Deborah Ramirez.

Ramirez says the nominee exposed himself to her without her consent during a dormitory party at Yale, where both were undergraduates in the 1983-84 academic school year.

Soon after those revelations rippled through the news cycle came another explosion, as Stormy Daniels’ attorney Michael Avenatti tweeted that he was representing a woman with “credible information” about Kavanaugh and Mark Judge, Kavanaugh's friend named by Ford as being in the room when Kavanaugh allegedly sexually assaulted her.

“Professor Ford deserves to be heard,” Collins declared on Friday, words that ring clear as a bell as Sunday’s episode cut to black and the end credits, leaving the viewers to wonder what Collins will have to say about Ramirez and Avenatti’s source. “To Be Continued,” in other words.

Let’s be clear: Ford’s testimony, along with the accounts of Ramirez and any other women or men who may come forward in the coming days, is not to be made light of. Nor are the issues surrounding Kavanaugh’s confirmation hearing and the long-term impact he’d have on our federal judicial branch.

But “The Circus” is a series about the insane show that is politics. In a time of extreme craziness, its best service is to contextualize everything exploding to the forefront of our political discourse. Its promise, in the midst of this, is to distill that conversation into a format that capitalizes on the resultant high drama.

If that weren’t the case, the series’ midseason return would not have banked on an interview with far right-wing operative Steve Bannon as the episode’s centerpiece. This is forgivable considering that episode’s role as a table-setter for the mounting anxiety leading up to November’s midterm elections.

That said, on September 14, Ford’s detailed account emerged in The New Yorker, alleging Kavanaugh attacked her at a party in high school. Ford’s allegation was alluded to earlier that week, but her name went public that Friday. And Showtime series’ midseason debut, which originally aired on Sunday, September 16, didn’t mention that wrinkle. In retrospect maybe it should have.

Then again, surely the producers sensed the Kavanaugh story is building up steam to become a defining narrative for the upcoming elections and the Trump administration in general. It has all the makings of the sort of grade-A drama most of this fall's new scripted series lack: crucial stakes, a villainous agenda and the possibility for unlikely heroes to emerge from the quagmire.

That point of view serves both liberal and conservative agendas, mind you. The right sees the left’s demand for Kavanaugh to withdraw as a self-serving ploy to besmirch the nominee’s reputation. Liberals decry Republican lawmakers’ push to rush the nomination to meet a October 1 deadline, when the Supreme Court officially is back in session and Kavanaugh can get down the business of reversing civil rights gains and overturning Roe v. Wade.

Indeed, Louisiana Senator John Kennedy, a member of the Senate Judiciary Committee, proves these points when he tells McKinnon during a sit-down that congress needs to get these hearings right.

Even better for ratings purposes, as “Burden of Proof” amply demonstrates, the drama surrounding Kavanaugh's confirmation hearings is a reboot. The episode carefully draws parallels to the wide publicity and heated debate surrounding Anita Hill’s testimony during Clarence Thomas' confirmation hearings, revisiting how similar the arguments against Hill and smears to her character were in 1991 to the storm brewing around Kavanaugh now.

Numerous outlets have been drawing such parallels since news of Ford’s allegations first broke, but “The Circus” creates a secondary plot within “Burden of Proof” by showing a cutdown of footage featuring Hill’s testimony, as well as Thomas’ famous “high-tech lynching” rebuttal, in addition to featuring views from a member of Hill’s legal counsel, Emma Coleman Jordan.

A current interview with Hill is not featured in “Burden of Proof,” although another Sunday night series, HBO’s “Last Week Tonight with John Oliver,” featured a sobering outtake from his recent interview with her.  It is an apt companion piece to “The Circus,” one that provides further foreshadowing.

In that clip, which also aired on Sunday night, Oliver asks Hill if she thinks the tone of her hearing would be different today.

“I’m not even sure we would have a hearing today,” Hill tells Oliver. “I think that a nominee would not make it. I think that now, we’re going to be vetting people to see if some of these issues are in their past. So I’m not sure we would even get to a hearing. At least we’ve gotten that far.”

Oliver’s conversation with Hill aired in July, by the way — a lifetime ago, more than enough time for everything that we believe to be true about politics, and America, to be irrevocably changed.

Just look at how much the plot can twist and thicken in a matter of hours, leading us to watch closely to see whether political ambition has greater value than considering evidence. And whether elected officials are serious about taking into account previously undisclosed information that calls into question the impartiality and moral integrity of a man who may occupy a seat on the highest court in the land.

Each new development is stressful, to say the least. But from the point of view of those producing "The Circus," they are the ingredients of riveting TV drama.