GOP-hired litigator's memo about the Kavanaugh–Ford hearing is, actually, bad

Is prosecutor Rachel Mitchell a self-aware pawn in a Republican Party propaganda effort? A new memo hints at it 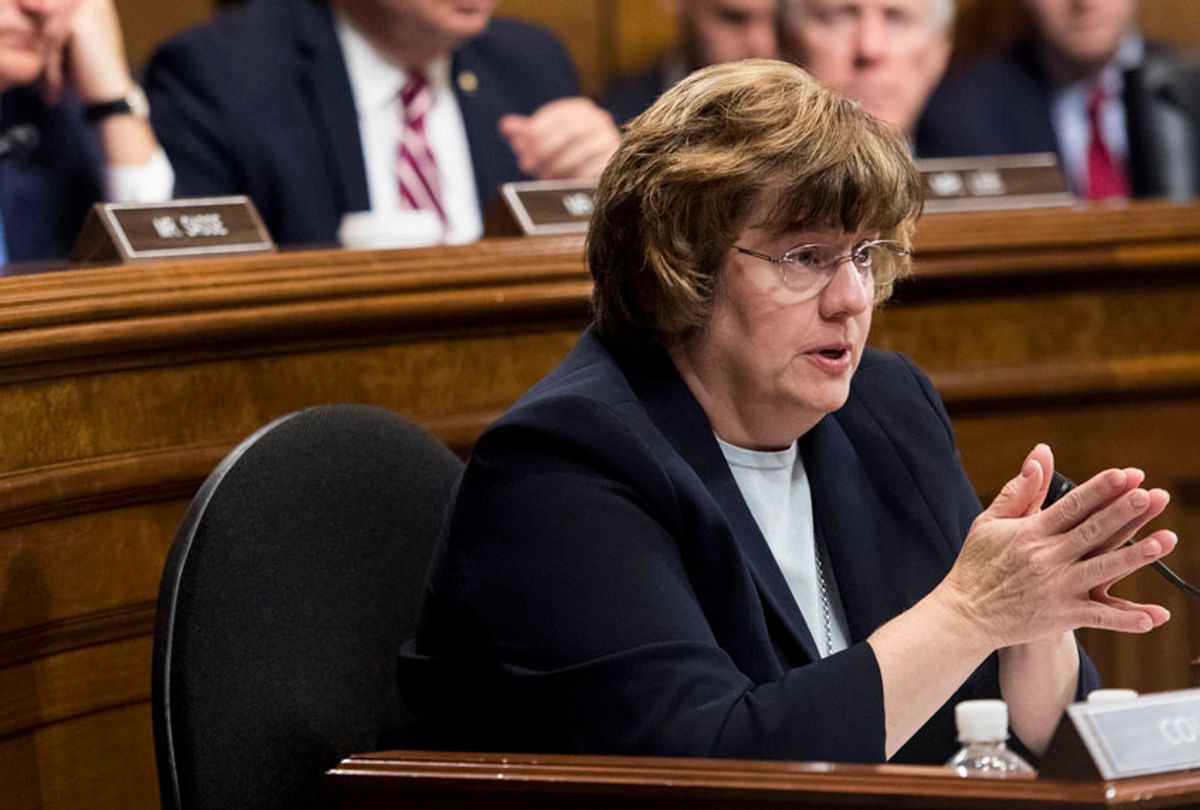 Rachel Mitchell, the outside litigator who was hired by Republicans on the Senate Judiciary Committee to question Dr. Christine Blasey Ford at last Thursday's hearing for Supreme Court nominee Brett Kavanaugh, appears to be somewhat aware of her role in helping the Republican Party improve its optics.

In a memo to all Senate Republicans, and obtained by NBC News, the sex crimes prosecutor from Arizona said she did not believe "a reasonable prosecutor would bring this case on the evidence before the committee."

In her nine-page report, Mitchell argues that Ford, the university professor who testified to the Senate Judiciary Committee that she was "100 percent" certain that Kavanaugh sexually assaulted her when they were in high school, presented a "weak" case to the panel for several reasons — none of which matter.

Mitchell's analysis of the public hearing is largely a distraction, mainly because she didn't question the man at the center of the sexual misconduct scandal and only lasted through the first part of the hearing featuring Ford. While the career prosecutor led the questioning on Ford, she asked Kavanaugh only two rounds of questions by the time Republican senators on the panel chose not to yield any more of their time to her, effectively nudging her to the sidelines.

In addition, Mitchell's questioning on Ford focused less on Ford's allegation of being attacked by Kavanaugh at a high school house party in 1982 — a moment Ford said made it so hard for her to breathe that she thought Kavanaugh might accidentally kill her. Instead, Mitchell focused on more on small details: Was the television on during the assault? Did Ford remember who drove her home from the party where the assault allegedly occurred?

She also spent a significant amount of time interrogating Ford about her fear of flying, asking her how she got to Washington, whether she has to fly for work, how she traveled to island locations she has flown to. Mitchell also pressed Ford about her financial arrangements, including multiple questions about who paid for the polygraph test she submitted — an apparent effort to suggest Ford was getting paid by outside groups.

The line of questioning seemed to indicate that Mitchell was trying to put together a case for Republicans on the committee in an aim to discredit Ford's claims or call her motivation into question. Mitchell, however, seemed unable to score points against Ford — which Republican Senators seemed to acknowledge, as they kicked the career prosecutor to the curb once Kavanaugh started testifying, in favor of questioning the appellate court judge themselves.

And while Kavanaugh and Ford both answered questions from senators and the career prosecutor, an analysis by Vox shows "only Ford made an effort to answer every single question."

"Kavanaugh actively dodged questions. He often repeated the same non-answer over and over. Other times, he insisted on answering a question with 'context' — which inevitably was a long story about his childhood — but never actually answered the question," Vox's Alvin Chang wrote in his analysis of the hearing.

Kavanaugh has vehemently denied sexual misconduct allegations made against him from Ford and Deborah Ramirez, a classmate of Kavanaugh's at Yale University, as well as an accusation from a third women, Julie Swetnick, who has alleged she was the victim of a gang rape in about 1982 at which she says Kavanaugh was present.

He has also denied claims that he often drank to excess or had memory lapses due to alcohol consumption.

The FBI launched a one-week supplementary investigation into allegations of sexual assault and misconduct against Kavanaugh, after the Judiciary Committee voted along party lines to advance Kavanaugh's nomination.