In the hearing, Dr. Christine Blasey Ford testified that she was "100 percent" certain that Kavanaugh attacked her 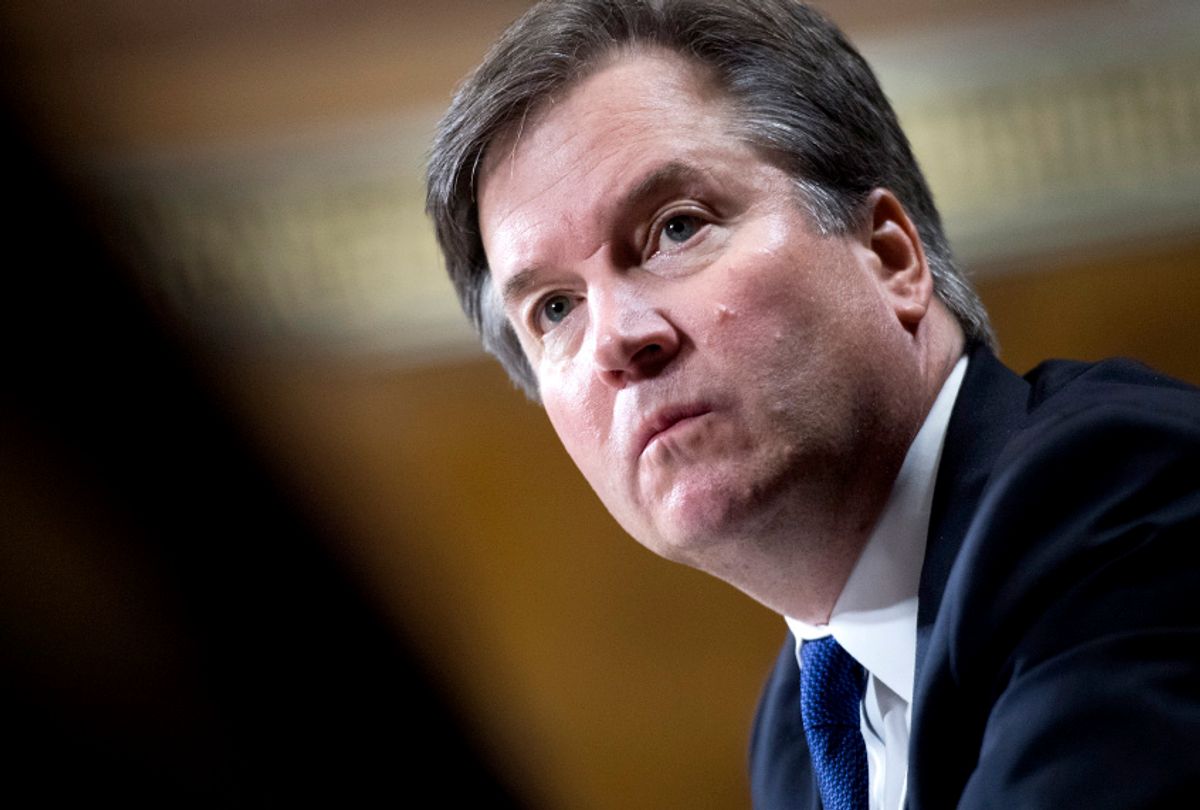 Opposition to Brett Kavanaugh increased in the days after he appeared before the Senate Judiciary Committee to respond to sexual misconduct allegations raised against him by university professor Dr. Christine Blasey Ford, according to the results of a new Reuters/Ipsos poll.

The latest seven-day average of the Reuters/Ipsos survey of U.S. adults reveals that 41 percent of respondents oppose Kavanaugh's nomination, while 33 percent support it. Of total respondents, 26 percent said they did not know whether they supported or opposed President Donald Trump's latest nominee to the Supreme Court.

The survey shows that opposition to Kavanaugh increased by four percentage points after the Supreme Court nominee appeared before the panel to defend himself against Ford's accusations that he attempted to rape her in the 1980s. Earlier in the hearing, Ford testified to the committee that she was "100 percent" certain that Kavanaugh attacked her — a moment she said made it so hard for her to breathe that she thought the judge might accidentally kill her.

The rise in opposition to Kavanaugh, which grew every day following the hearing, appears to be primarily driven by those who previously did not express an opinion on the appellate judge's nomination to sit on the nation's highest court, as the percentage of respondents who said they were not sure about his appointment fell by seven percent.

The survey shows that independents are the most undecided over Kavanaugh – with 49 percent still unsure about whether he should be named to the Supreme Court, while 31 percent they are opposed to the nomination and just 20 percent support it.

Support for Kavanaugh's nomination among Republicans stood at 70 percent — rising 4 points. At 64 percent, support among Republican women was slightly lower. Meanwhile, opposition among Democrats fell by 6 percentage points to 71 percent.

Kavanaugh has categorically denied the sexual misconduct allegations raised against him by Ford. He has also denied an allegation by Deborah Ramirez, a classmate of his at Yale University, as well as an accusation from a third women, Julie Swetnick, who has alleged she was the victim of a gang rape at which she claims Kavanaugh was present.

In addition, Ford, Ramirez and Swetnick have all claimed that Kavanaugh had been drinking at the time of the alleged incidents. Kavanaugh has refuted claims that he often drank to excess or had memory lapses due to alcohol consumption.

The Reuters/Ipsos poll of 4,507 U.S. adults, including 1,347 Republicans and 1,653 Democrats, was conducted from Sept. 25 through Oct. 1. The survey has a credibility interval of two percentage points.