Susan Collins reviews FBI report on Kavanaugh: "It appears to be a very thorough investigation" 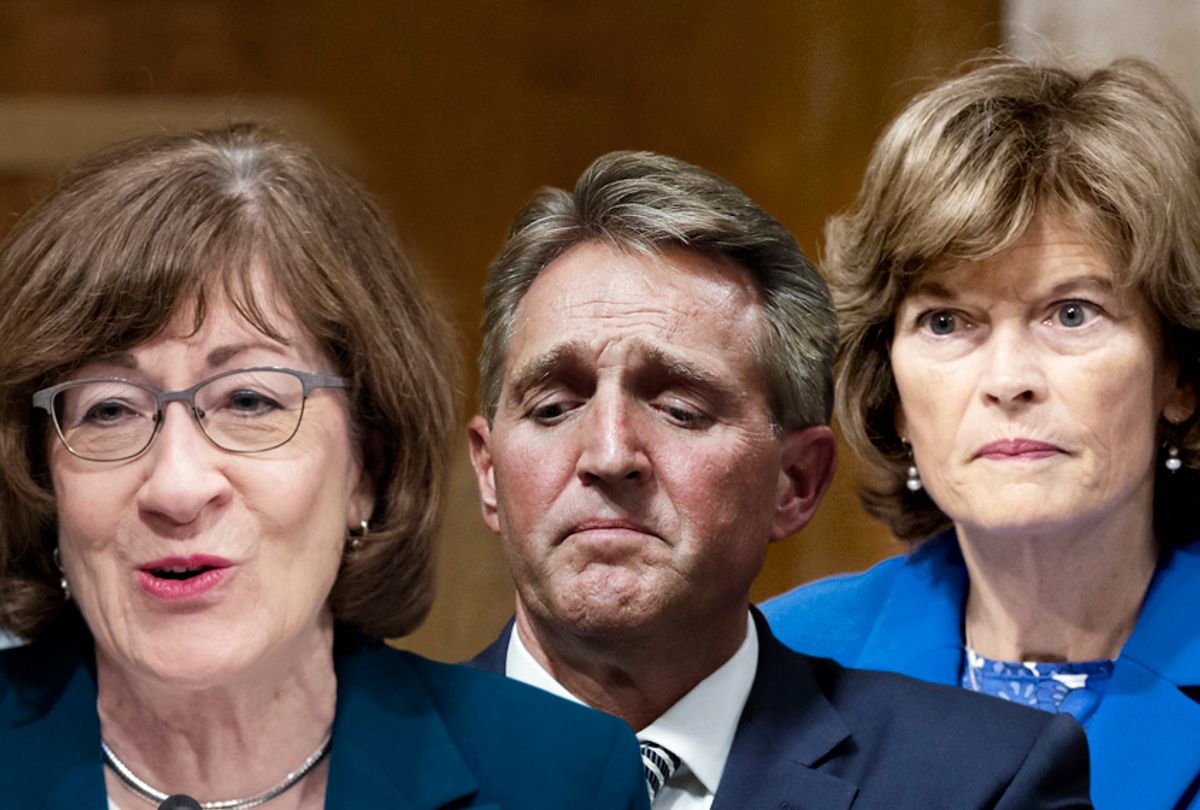 At least two of the crucial swing votes in the battle to confirm Brett Kavanaugh have weighed in after an initial viewing of the FBI report on the Supreme Court nominee's background following allegations of sexual misconduct raised by Dr. Christine Blasey Ford.

In a show of support for her own own party, Sen. Susan Collins, R-Maine, said that the FBI's work appeared to show the results of "a very thorough investigation." Democrats have called the investigation a sham, as neither Ford, who accused Kavanaugh of attempted rape in the 1980s, nor her alleged perpetrator were interviewed. The scope reportedly also did not allow for many additional supporting witnesses who were named to be questioned.

While neither GOP senator has publicly declared their vote, their statements on Thursday suggest eventual support for Trump's embattled Supreme Court nominee. However, Collins did leave room for an eventual "no" vote. "I’m going to go back to personally read the interviews," she added, indicating that she had not yet fully made up her mind on the key issue.

With a slim 51-49 majority in the Senate, Republicans have little room for error given that Sen. Lisa Murkowski, R-Alaska, has also voiced skepticism about Trump's pick for the high court.

Collins, one of the few remaining moderate Republicans in Congress' upper chamber, faces mounting pressure from her own constituents to break from her political tribe. More than 1,000 academics from her home state signed an open letter Wednesday urging the senator to vote no on Kavanaugh's nomination.

"Would you hire a Maine teacher who was accused of serial and serious sexual offenses just because you did not have 'proof beyond a reasonable doubt?' The answer is of course no," the letter reads. "Reasonable doubt – credible first-person testimony that an interviewee is not deserving of the job – would be enough."

Later that night, sexual assault survivors from Maine left on a bus bound for Washington in hopes of speaking with Collins. The news follows a pressure campaign that raised more than $1.5 million for a 2020 opponent should Collins vote to confirm Trump's nominee.

Murkowski has also faced intense pressure from Native Alaskans — a demographic that was critical to her 2010 re-election campaign. Additionally, her state's governor and lieutenant governor have both come out in opposition to Kavanaugh. "Violence against women in Alaska is an epidemic," the pair said last month in a statement. "We do not condone placing someone into one of our nation’s highest positions of power while so many key questions remain unanswered."

Collins and Murkowski both voted against repeal of the Affordable Care Act, and are the only Republican senators who say they favor abortion rights. Despite his reported private assurances that he views the Supreme Court's Roe v. Wade decision as settled law, Kavanaugh has made a series of rulings that are viewed as strongly anti-choice.

Flake, who has been an outspoken critic of Trump, is not seeking re-election in Arizona, and would face no political consequences if he decides to oppose Kavanaugh's confirmation.