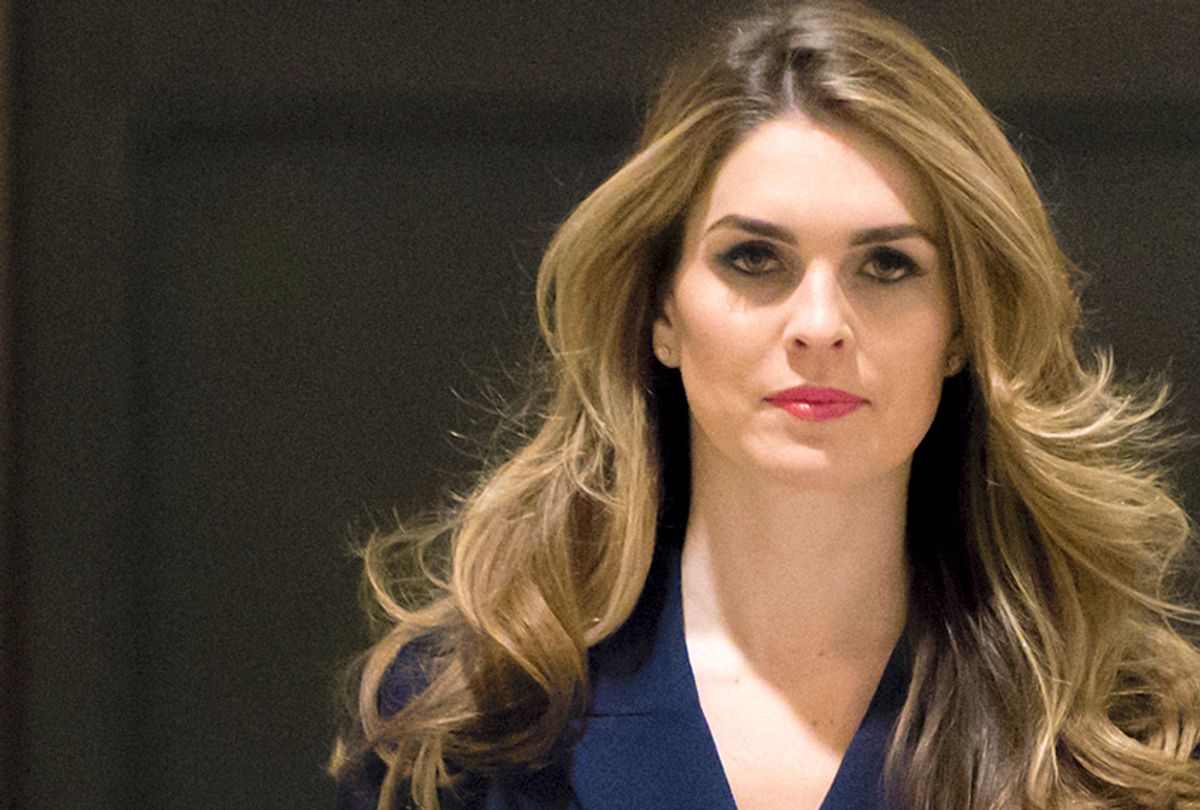 Hope Hicks has scored the highest-profile job yet of any ex-staffer of President Donald Trump.

The former White House communications director has been named executive vice president and chief communications officer at "New Fox" — the media company that will manifest after 21st Century Fox completes the sale of the majority of its entertainment assets to Disney in 2019. After the $52.4-billion deal is finalized, Rupert Murdoch, the executive chairman of 21st Century Fox and News Corp., will hold on to the Fox broadcast channel, Fox News and his cable sports channels.

"Hope and Danny are proven leaders and world-class public affairs professionals," Viet Dinh, Fox's chief legal and policy officer, said in a statement. "Together they will define and project Fox's voice to our relevant communities."

Hicks, a loyal Trump staffer who became the press secretary for Trump's campaign at just 26 years old, has achieved a meteoric rise to the top levels of her profession since leaving Trump Tower for the trail in February.

"FOX won't find anyone smarter or more talented than Hope Hicks. So happy for my friend," White House press secretary Sarah Sanders wrote Monday in a tweet. "They are beyond lucky to have you and the East Coast misses you already."

Hicks' new role suggests that the connection between Fox and the Trump administration continues to deepen. Several former Trump staffers have gone to Fox News, while several ex-Fox News talent have gone to work for the president.

In July, Bill Shine, the former Fox News executive who was ousted from the network in May 2017 after being named in multiple lawsuits for his handling of the network's mounting sexual harassment scandals against on-air talent and Fox News executives, joined the White House as its new communications director replacing Hicks.

On the other hand, former Trump Press Secretary Sean Spicer, who abruptly resigned after six months on the job, has been struggling to land a plush post-White House gig. Due to a "lack of credibility," five major cable news networks have chosen not to offer the former West Wing aide a job as a paid contributor. Those networks include: ABC News, CBS News, CNN, Fox News and NBC News.