"Lindsey Graham used to be their reverent conscience, if you will, of the Republican Party in the Trump years" 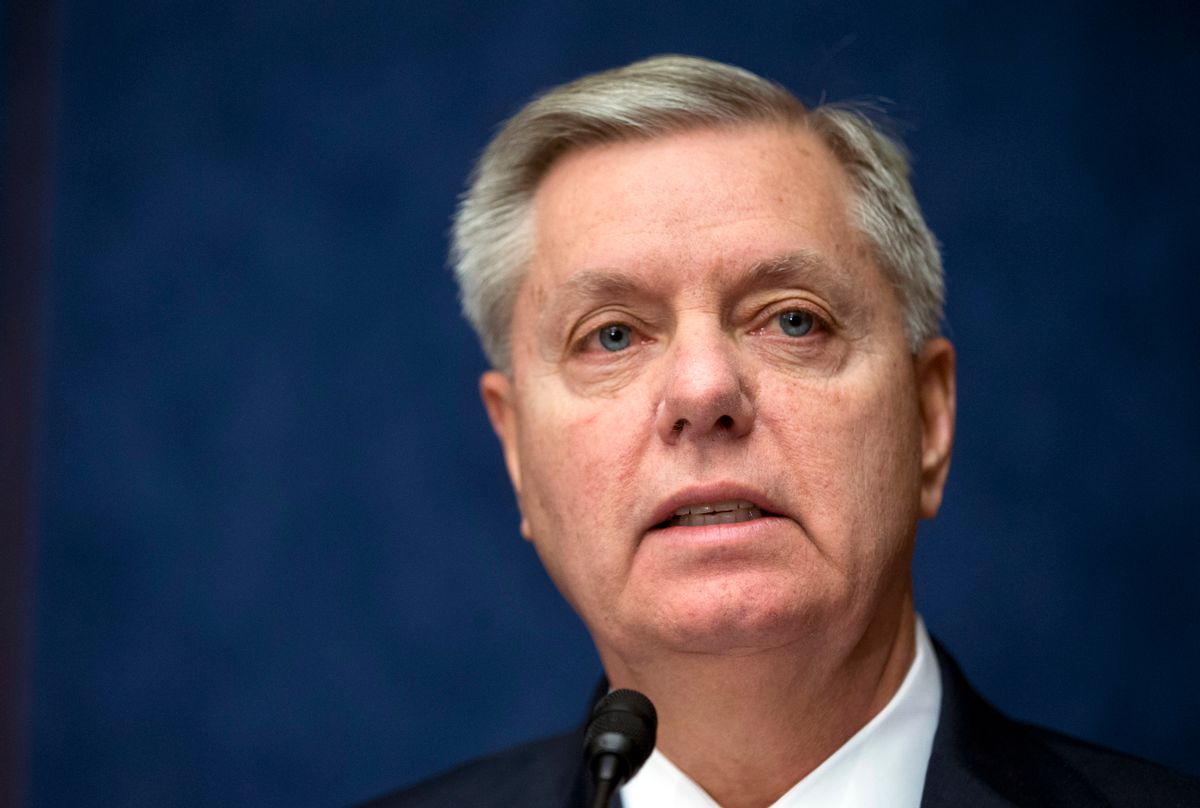 FILE - In this March 12, 2015 file photo, Sen. Lindsey Graham, R-S.C. speaks on Capitol Hill in Washington. Lindsey Graham will launch his bid for president in the small South Carolina town where he grew up. (AP Photo/Manuel Balce Ceneta, File) (AP)
--

A former Republican congressman claimed that Republican Sen. Lindsey Graham of South Carolina has "lost his mind ― and he is supposedly not the only person who feels that way.

Former Rep. David Jolly (R-Fla.), who served in the House from 2014 to 2017, spoke out against Graham's vocal and unrelenting defense of newly-confirmed Supreme Court Associate Justice Brett Kavanaugh after multiple allegations of sexual misconduct were raised against him during the Supreme Court confirmation hearings.

"Lindsey Graham used to be their reverent conscience, if you will, of the Republican Party in the Trump years," Jolly said Monday night on MSNBC's "The 11th Hour With Brian Williams." "And he's turned into a senator that – in many opinions, including mine – he's lost his mind."

Jolly, who announced last week that he has left the Republican Party, also issued a warning to his former colleagues: Confirming Kavanaugh to the nation's highest court threaten the GOP's prospects in next month's midterm elections.

"The Republican Party has said to women across the country, 'We don't believe you,'" he said. "And those women are going to shout very loudly on Nov. 6 – and it's not going to be shouting on behalf of Republicans."

Most recently, Graham cast Kavanaugh as the "slut whore drunk" victim of Dr. Christine Blasey Ford's story of sexual misconduct. Ford accused Kavanaugh of attempted rape in the 1980s, and subsequently testified to the Senate Judiciary Committee on Sept. 27 that she was "100 percent" certain that the judge had assaulted her.

Graham told reporters that it would have been "unjust" for Kavanaugh to "have his life ruined based on the allegations that were presented." He also accused Senate Democrats of participating in a "smear campaign" against Kavanaugh during the confirmation fight and called for an investigation into those who drew attention to the sexual misconduct allegations against Kavanaugh.

"We're going to do a wholesale and full-scale investigation of what I think was a despicable process," Graham said last week. When pressed for details, Graham said he wanted to learn "who betrayed Dr. Ford's trust, who in Feinstein’s office recommended Katz as a lawyer, why did Ms. Ford not know that the committee was willing to go to California."

Nevertheless, Graham, who asserted that Brett Kavanaugh is "the defining issue in 2018" for the Republican Party, claimed that the treatment of Kavanaugh has unified his entire party.

"Whether you're a Trump Republican, a Bush Republican, a McCain Republican, a libertarian or a vegetarian, you're pissed," he said last week. "I've never seen the Republican Party so unified as I do right now. The defining issue in 2018 has changed. It's about this . . . This cannot be the new normal."