"Trump goes in front of crowds multiple times a week to attack me. Both of my opponents have made the same attack" 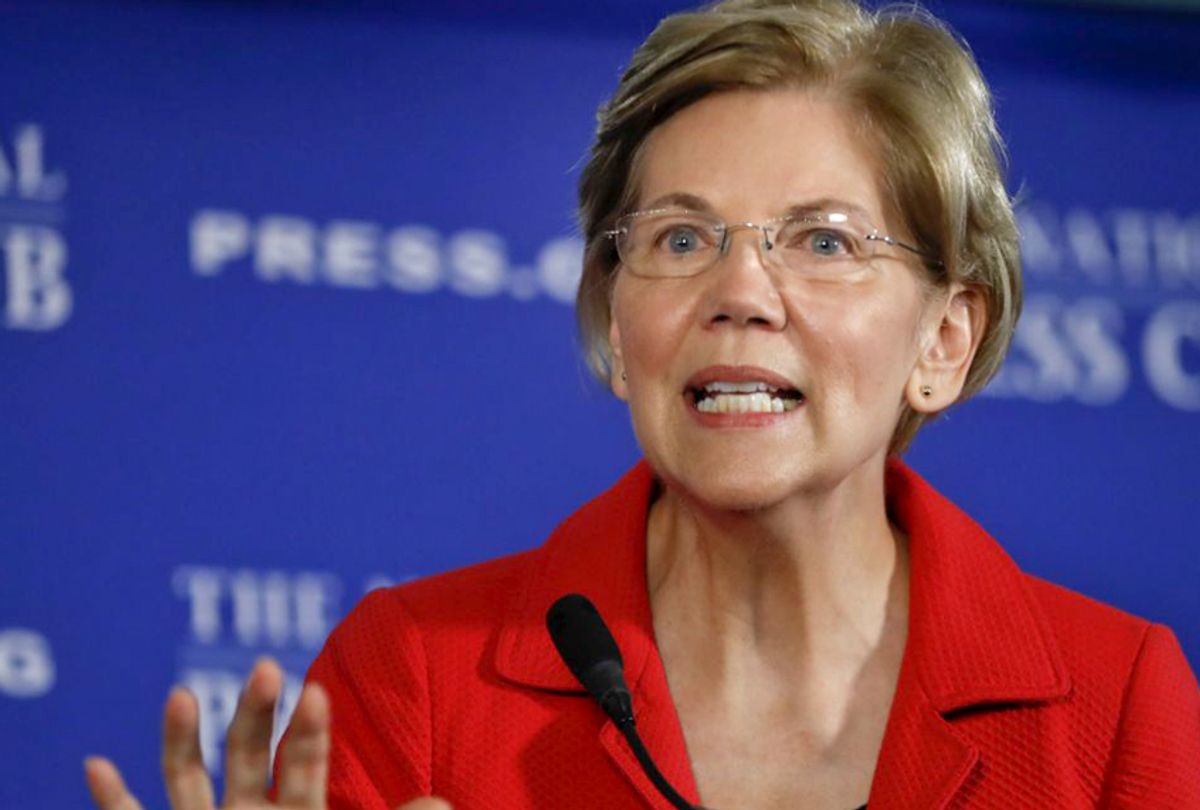 Senator Elizabeth Warren (D-Mass.) defended her decision to release the results of a DNA test mere weeks before the 2018 midterm elections, claiming that she shared them as soon as possible to begin averting future attacks about her ancestry from the president and her political opponents.

"I have an election," Warren said in an interview with the Boston Globe's editorial board Tuesday. "Donald Trump goes in front of crowds multiple times a week to attack me. Both of my opponents have made the same attack. I got this analysis back, and I made it public."

Warren released the results of the DNA test Monday, which showed "strong evidence" that she likely had a Native American ancestor dating back six to 10 generations, after years of mockery from President Donald Trump, who has referred to Warren by the disparaging nickname "Pocahontas" and accused her of pretending to be a minority to advance her career.

The results inspired fresh attacks from President Donald Trump and other Republicans, who saw the low results and criticism from the Cherokee Nation as an opportunity for further mockery.

"Pocahontas (the bad version), sometimes referred to as Elizabeth Warren, is getting slammed. She took a bogus DNA test and it showed that she may be 1/1024, far less than the average American. Now Cherokee Nation denies her, 'DNA test is useless.' Even they don't want her," Trump wrote in a Tuesday morning tweetstorm against the Massachusetts lawmaker. "Phony!"

Some Democrats have also criticized Warren's timing on releasing the report — just weeks before the November midterms where Democrats are fighting for control of Congress — saying that she was taking Democrats off message.

When asked by the Boston Globe whether, based on the results, Warren thinks she made a mistake in describing herself as Native American as a law professor, Warren expressed regret, although she did not admit any wrongdoing.

"There's a distinction between citizenship and ancestry. I wish I had been more mindful of that distinction. The tribes and only the tribes determine citizenship," Warren told the Globe. "It's their right as a matter of sovereignty, and they exercise that in the ways they choose to exercise it. I respect that distinction."

She also told the Globe that she did not think she had made a mistake in listing herself in directories of minorities in academia, telling the newspaper that she was thinking about her Native American ancestry – not any sort of claims to tribal citizenship – when she made those decisions several decades ago.

Warren, who has said she will "take a hard look" at running for president after the November midterms, said she considers publishing the DNA results as her latest attempt to be transparent, like her decision to release her tax returns and other employment documents.

"I believe in transparency," she said. "This was just another part of it."

Warren also said that any criticism that followed her decision to publish the DNA test did not change her mind about it.

"I know what it is, and I'm not going to hide it," Warren said. "How do you sit here if you know what it is? And people ask, and you don't give an answer? I don't know how to do that, and I don't want to do that."