Abusive, pompous men are being spurned across the corporate world — with the exception of the tech industry. Why? 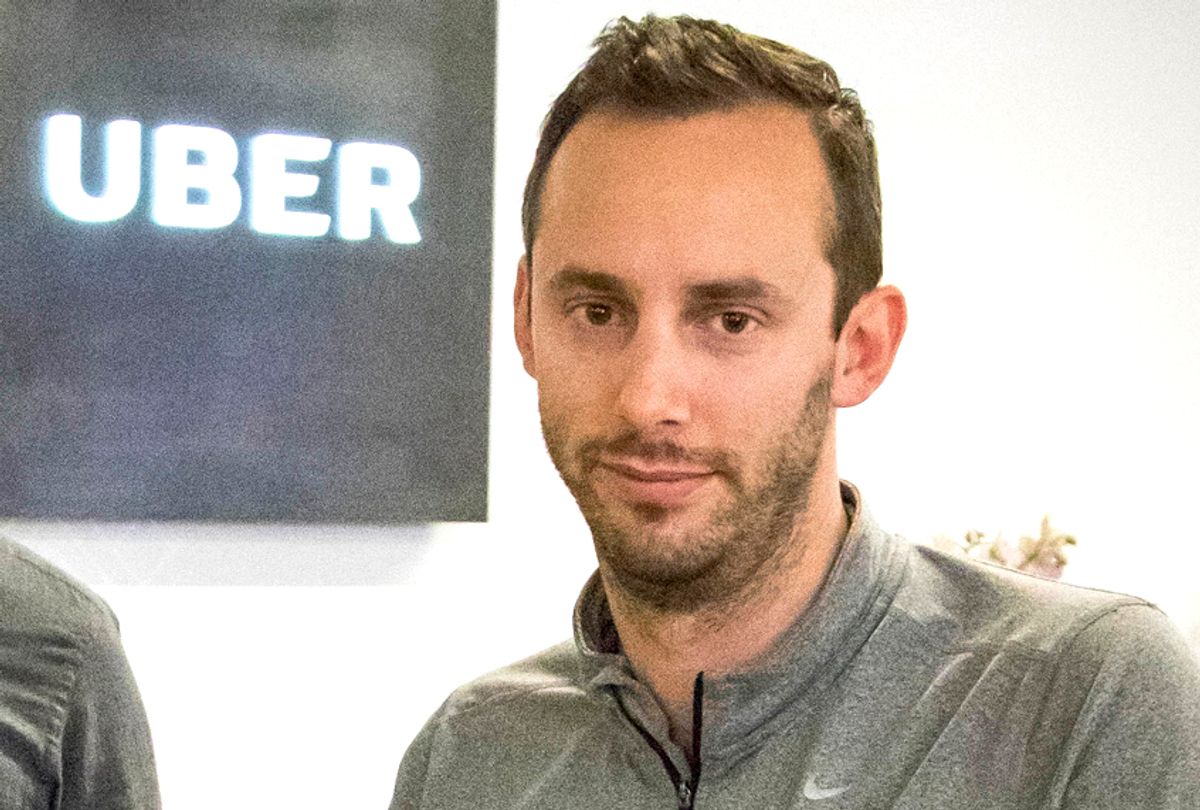 The New Yorker’s scintillating account of self-driving car engineer Anthony Levandowski’s starring role in triggering a Google-Uber intellectual property fracas is scathing for multiple reasons, chief among them: Google's slippery excuses about why it didn't have to report multiple accidents triggered by its self-driving cars, Levandowski's financial prestidigitation that let him sell his own side-project companies to his full-time employer, and the now-spurned engineer's insistence on playing fast and loose with safety protocols in the interest of "progress." Yet perhaps the most damning nugget in the whole feature-length report — and the detail that is most telling about the culture of the Valley — is the fact that Google brass insisted on keeping Levandowski employed after he committed cardinal corporate sins again and again.

Take a look at Levandowski's behavior and ask yourself: could I get away with this at my job? If so, why? If not, why not? Then-Google chief executive Larry Page defended Levandowski's blunders to the Board again and again: When Levandowski went to an auto dealership and purchased hundreds of cars on the Google expense account, Page excused his actions ("Pay it," Page ordered accountants, per the report). When Levandowski created two independent side companies, then sold them to Google himself — a situation in which not all executives were aware of Levandowski's relationship to said companies — he got a free pass despite this unorthodox, ethically questionable business decision. Though Levandowski was "brusque, [o]bsessive, prone to belittle teammates who disagreed with him" and obsessed with compensation, Page bailed him out. "When Page heard that Levandowski might be fired, or that he might leave the company, he ordered a reversal," Duhigg writes, continuing:

“Anthony became who he is because Larry nurtured and protected him,” a former high-ranking Google executive told me. “They were friends—they liked having dinner and geeking out.”

Being an asshole is one thing. Putting innocent people's lives at risk is another. Which leads us to the most horrifying consequence of Levandowski's behavior — the "Camry incident." This occurred because Levandowski "modified the [self-driving] cars’ software so that he could take them on otherwise forbidden routes," and then (surprise!) took them on forbidden routes. In an incident that followed this action, the self-driving Prius that Levandowski and Google executive Isaac Taylor were sitting in

went onto a freeway, where it travelled past an on-ramp. According to people with knowledge of events that day, the Prius accidentally boxed in another vehicle, a Camry. A human driver could easily have handled the situation by slowing down and letting the Camry merge into traffic, but Google’s software wasn’t prepared for this scenario. The cars continued speeding down the freeway side by side. The Camry’s driver jerked his car onto the right shoulder. Then, apparently trying to avoid a guardrail, he veered to the left; the Camry pinwheeled across the freeway and into the median. Levandowski, who was acting as the safety driver, swerved hard to avoid colliding with the Camry, causing Taylor to injure his spine so severely that he eventually required multiple surgeries.

The Prius regained control and turned a corner on the freeway, leaving the Camry behind. Levandowski and Taylor didn’t know how badly damaged the Camry was. They didn’t go back to check on the other driver or to see if anyone else had been hurt. Neither they nor other Google executives made inquiries with the authorities. The police were not informed that a self-driving algorithm had contributed to the accident.

Levandowski, rather than being cowed by the incident, later defended it as an invaluable source of data, an opportunity to learn how to avoid similar mistakes. He sent colleagues an e-mail with video of the near-collision. Its subject line was “Prius vs. Camry.” ...[Levandowski] remained in his leadership role and continued taking cars on non-official routes.

Thanks to the #MeToo movement, we're now in a new professional epoch where the authority of powerful men (and women) is being re-evaluated. One of #MeToo's most potent effects has been the movement's power to bring to light corporate double-standards: few (if any) low-level employees could get away with the kind of abhorrent and abusive behavior that Weinstein Company chief Harvey Weinstein got away with for years. Ditto Levandowski. Prominent firings of Weinsteinesque men send a powerful message that the normalization of abuse is not to be tolerated, even among the powerful.

Silicon Valley has its own set of rules, though — or at least it thinks it does. I've written about "tech culture" before — the worldview that literally everything is a "problem" able to be "hacked," that even the most complex social or cultural constructs — like, say, driving — can be deconstructed and sorted into neat algorithms, then taught to a computer.

This idea — that humans, or cars, or drivers can be reduced into algorithms — isn't innately true. It's a belief, not a quantitative fact, though it has the imprimatur of imperious STEM geekery all over it because it recalls quantitative reasoning. Yet if you adopt this computationalist worldview, you might be inclined to see people like Levandowski as prophets; after all, it was his drive, his steadfast obsession with quantifying driving that brought him to where he was. In Silicon Valley, you don't necessarily need to be good at what you do; you just need to be obsessive and evangelical, to the extent that you can convince the people who pay you that you're worth keeping on — and that those you hurt or abuse on the way are collateral damage.

You can attribute a lot of different things to Silicon Valley’s preponderance of assholes: the patriarchal culture of the tech industry, or the nerdy old boy’s club that dominates programmers’ circles. The truth may be simpler, though: Silicon Valley’s culture has always been characterized by a techno-utopian, libertarian sense that the rules don’t apply to them.

One of my favorite anecdotes about the tech industry, and one which exemplifies this inane belief, involves Google's skunkworks division, Google X (now known merely as "X".) A Forbes profile of Google X from 2014 describes how X's engineers started to work on a teleportation project, before coming to terms with the fact that it violated the fundamental laws of physics. That's a difficult thing to circumvent. It's hard for me to imagine working for a company that is so self-important that it envisions itself as able to violate fundamental physics.

Comparably, contrarian billionaire PayPal founder and authoritarian ideologue Peter Thiel is so convinced he and his technocratic ilk can overcome the "rules" that he absurdly believes that he can attain immortality. Thiel also once said he didn’t believe democracy and freedom were compatible, and intimated that giving women the right to vote was a mistake.

The “rules-don’t-apply-to-us” culture of Silicon Valley is embedded in the rhetoric of Silicon Valley’s most beloved scions. And it perfectly explains Larry Page’s insistence on excusing Levandowski’s wanton irresponsibility, which may have hurt or killed a hapless Camry driver. If you’re convinced you’re the smartest guy in the room, democracy is a burden, and other people's opinions really don't matter. That includes women, and Camry drivers on the freeway, all of whom are expendable.

The footnote to all of this, of course, is that Levandowski ultimately was fired — not from Google, though, but from Uber, to whom he defected. Only in hindsight — and with the advent of its pending intellectual property lawsuit against Uber — does Google seem to have some regret about keeping Levandowski on for so long. That attests to how Silicon Valley treats the jerk men that typify the most powerful players in the industry: red carpets and excuses for bad behavior, rather than a swift pink slip.