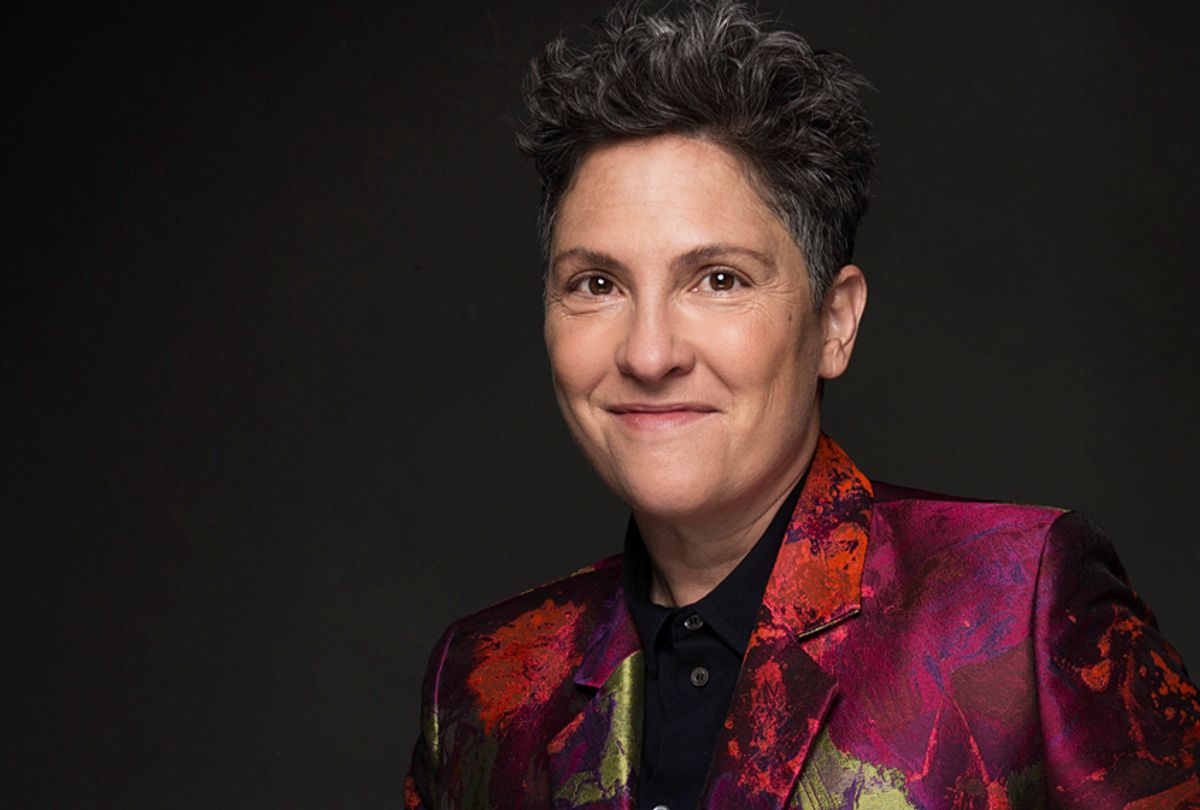 On June 26, 2020, Soloway announced on Instagram that "It feels so good to have a name that matches my nonbinary identity" and now goes by Joey Soloway.

"Amazon was the place that I bought paper towels," says director and showrunner Jill [now known as Joey] Soloway. "It was just books and maybe some nail clippers." Not so very long ago, Soloway viewed the retailer the same we all did — as a convenient shopping site. But then the company began branching out into original content — and it just happened to be at a moment when Soloway had a hell of a story to pitch.

Inspired by Soloway's own parent's later-in-life coming out as transgender, "Transparent" became an Emmy- and Golden Globe -winning sensation. Yet the series began its life as catharsis.

"It really happened in these kind of incremental, really highly personal ways," Soloway told me during a recent episode of "Salon Talks." "It's funny because at the time that I wrote the pilot, I was trying to write myself into a place where I wouldn't feel embarrassment or shame. I was fictionalizing reality so I could touch it and be in it. The exercise of just creating the Pfeffermans and having them be able to say things that maybe I couldn't say was a self-soothing process, like wrapping myself in a world where I could start to have the feelings that I couldn't really have in real life."

Turning personal experience into creative output is a recurring theme in Soloway's life, as evidenced by their new memoir "She Wants It: Desire, Power, and Toppling the Patriarchy." In the book, Soloway describes their career in Hollywood, including the "success montage" of when suddenly everything seems to be going right — as well as their experience with coming out as non-binary, and what happened when the excitement of the #MeToo movement became an "oh f**k" moment of reckoning for the show.

Soloway recalls that once they got Amazon on board for "Transparent," they initially thought, "Wow, this is an interesting path, but OK, I'm gonna trust it and we'll see. If it ends up not working on this Amazon shopping channel or whatever I thought it was, maybe I'll get the footage back and make it my next movie."

But Amazon Studios turned out to ready at the same time Soloway was — as a showrunner, writer and director — to launch a new kind of story like the Pfeffermans' to great success.

"I had been toiling for 20 years, so I was ready as an artist. Amazon was absolutely ready as a platform to have something that felt different," said Soloway. "And then the world was really ready for a story about trans-ness on this medium where you could stream it. You could watch it whenever you wanted, wherever you wanted, it in any country at any time, as much or as little as you wanted. It was a perfect storm of those three things."

That storm has at times been more like a tornado.

"One of the things that I talk about is the heroine's journey as opposed to the hero's journey," said Soloway. "The heroine's journey moves in the shape of a spring. Instead of feeling like you're going in circles, that you're actually climbing a mountain, and so you're returning to the same place but you're higher up and you have a better view. This idea of this spring or this circle as a forward ambulating thing really gives me a lot of peace, because it means we're learning, we're iterating, we're growing, but we're still moving forward. We do that creatively at work. We show first drafts really early to everybody and get everybody's feedback."

That activism includes living their mission to raise visibility for a spectrum of gender identity.

"There's going to be an 'M' and and an 'F' and then there's an 'X' on a driver's license as a choice," they said. "You can choose it so somebody like me who's very actively saying I identify as non-binary, I use the they pronouns, can go down to the DMV in California and say, 'Let's change my gender marker to 'X.' I can do so very proudly and easily because of my privilege."

"I think there are a lot of people who really wouldn't necessarily vigorously go grab that 'X' marker, but when asked to complete a form in a private place might then say, 'Wait a second. What is this other one? What is this other thing that leaves space for both?' Those people could be people like really butch lesbians, that could be people like drag queens, that could be people who just internally feel very much both gender or the opposite gender they were assigned at birth. Who knows? They may find themselves checking that 'X' box. It's my belief that it's possible that this could create a new class of people who connect around a certain way of feeling other."

But while the culture is becoming more open and curious and progressive in many ways, the patriarchy doesn't go down without a fight. Six weeks after Soloway urged the audience to "topple the patriarchy" after winning an Emmy in 2016, Donald Trump was elected president. Two years on, Soloway notes, "we can see that politically, patriarchy means men protecting men. Men having each other's backs. Trump protecting Kavanaugh. A whole bunch of men deciding that they're going to get to make decisions for women and their bodies. White men using their beliefs to create the realities of life for women, people of color, queer people, disabled people. That's what patriarchy is in government."

But patriarchy, they realized, isn't limited to a Republican Congress and White House. It also encroaches into creative spaces where it might take a different form, but with similar outcomes.

"I had this personal reckoning where I would look around at Hollywood and say, 'We have so many liberal people in Hollywood.' Every single person I know who is creating culture, books, movies, TV, songs, is liberal. So how did we go about a culture that elected Trump?" they said. "That was a feeling and fear I was having. Why does it matter if we make stuff if we're not actually able to affect the consciousness of our culture? Then I started to realize that liberals haven't been making our stuff. White male liberals have."

"People can't help it," Soloway added. "Protagonism is propaganda for your own privilege and so white men, as liberal as they are, have still been making content that centers their reality and turns women, people of color, women of color, queer people, into objects. Into oh, she's hot; oh, he's fat; oh she wants it. The other-izing that is still inherent and what happens when men create culture. It's a continued kind of patriarchy, even coming from the left."

Late last year, the patriarchy came knocking on Soloway's own door, when "Transparent" star Jeffrey Tambor was accused of sexual harassment by two trans women colleagues — his former assistant and an actress on the show. After an internal investigation at Amazon, Tambor was fired in February.

"We had to go through all of the different stages including the pain and the anger and the healing and the naming of the trauma," Soloway said. "Groups where we could process together. Asking ourselves what it would feel like to move through it. Grieving. Grief. Understanding it as trauma. All of the things that happened when trauma occurs in a family occurred in our TV family."

Yet fans will be happy to know the Pfeffermans will get their swan song — in the literal form of song.

"We're making a musical movie of Transparent," they reveal. "My sister Faith is a brilliant songwriter. I've always seen her as Lin-Manuel Miranda [or] Stephen Sondheim. My sister is a genius and has been writing songs about the Pfefferman family and even the Soloway family for the past decade. It's our co-worship of each other and trusting each other and faith in each other around creativity that really has given birth to everything I do, and is giving birth to this next phase of Pfeffermans.

The "Transparent" musical will also be released on Amazon, and Soloway hopes to take it on the road.

"I'm really excited about it because it kind of has this up, up and away joyful feeling where the Pfeffermans can really transition their relationship with the audience into the world of musicals. It's so beautiful," they said. "And sweet. I definitely want the tour, tent revival. I want to go to every JCC in the country with it."