Can I spend my way out of my anxiety?

I felt silly buying happy lamps and weighted blankets, but then they worked 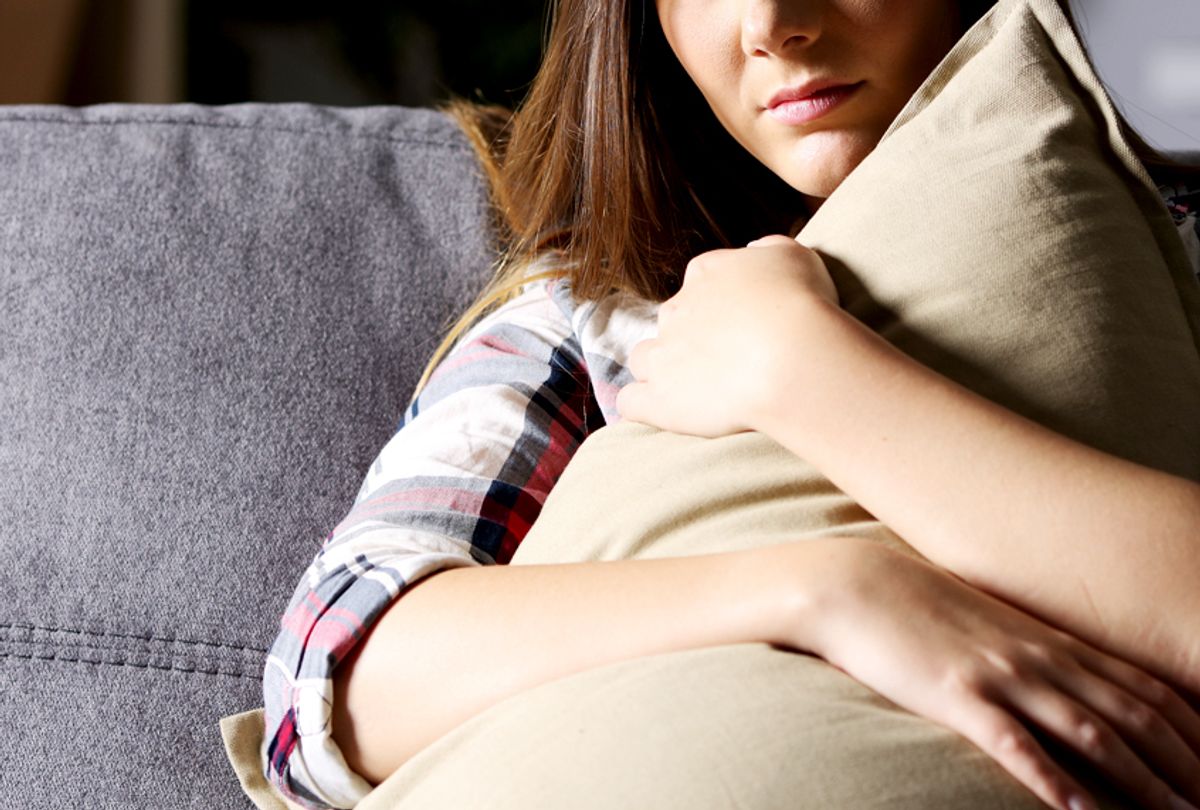 Over the past few years, I've experienced enough cataclysmic jolts — including grief, financial insecurity, and a few brushes with death for both my firstborn and me — to significantly rewire the brain I used to consider so resilient and optimistic. And after grappling with insomnia, debilitating headaches and panic attacks, I got a diagnosis of anxiety and PTSD and a treatment plan. I still have bad days and better days, but therapy and Wellbutrin have been life changing. Exercise, support and meditation have also given it all a big boost, along with the ongoing experiment of buying stuff and seeing what sticks.

I never set out to accessorize my mental health with some pretty woo woo-sounding merchandise. I'm a GOOP skeptic who spent years rolling her eyes when her friends talked about their homeopathic remedies and their crystals. But last winter, in the throes of my crisis, I went out with a friend. She is a therapist. She is from Norway. She has a kid with serious depression. Two hours later I was on Amazon, ordering something called a Happy Light, because an endorsement from someone who grew up in a place where it gets dark at 3 in the afternoon is good enough for me. I talked to my therapist about it, and a few days later, I was eating my breakfast at my desk, feeling like I was at a Yankees night game. Using the light did not feel like basking in the warm, inviting light of the sun. It was instead bright as hell, and I was not immediately charmed. But I kept routinely flipping it on every cold, dark morning regardless, until the sunrise caught up with my alarm. I can't quantify how much good it did, but damned if it wasn't an improvement on the usual early day gloom.

In the spring, at a checkup to see how I was responding to Wellbutrin, my physician mentioned that my vitamin D level was low, and recommended I start taking a supplement. "Some of my patients say it improves their moods," he added. Well then, sign me up, I thought, making a mental note to detour to the Walgreens on the way home.

Over the ensuing months, other purchases intended to help consumers chill the hell out began infiltrating my life. If you wanted to get your own middle-aged mom with anxiety starter pack, you could probably just pick up a few of the items around my apartment.

There's the microwavable, scented heating pad, for the days I'm so tense my shoulders park themselves somewhere around my ears. There's the lavender eye pillow for when a migraine seems imminent. There's the This Works! Deep Sleep pillow spray, that I love so much my family refers to it Lady Chloroform.

There's the Dohm white noise machine, which helps blot out both screaming street noise and my spouse's snoring. They say money can't buy happiness, but it can buy something that made me regret every day of my life before I owned it, so score one for things that make whooshing sounds.

There's the Bach Rescue Remedy, which I keep in my bag for when I feel a panic attack coming on. While "flower remedies" dispensed out of eyedroppers have never been my thing, I decided to give it a whirl after I read someone on Reddit discussing how he uses it — not for its supposed curative powers themselves but as a diversionary device. The simple act of identifying a stressful moment and throwing a few drops of potent tasting liquid on it helps to deconstruct it a bit, encouraging one to identify what's going on, slow down and take some deep breaths. (It does contain alcohol, so anyone who, like me, is taking an SSRI should check in with a doctor before using it.) I could probably get the same effect from an Altoid, but I appreciate that just trying out Bach's got me thinking creatively about how to handle any anxiety eruptions. Did I mention the accupressure mat that's been sitting in my Amazon cart for six months?

And then there's the blanket.

You've probably heard about them. Over the past two or so years, they've become the new Instant Pot — that thing you never knew existed that overnight suddenly everybody seemed to be raving about. Weighted blankets have existed as a therapeutic tool, especially for children with autism, for years. But the idea really took off after a Kickstarter for a Gravity Blanket that offered the hope of "Advil PM for your whole body" went viral in 2017 — to the tune of nearly $4 million. Suddenly, everybody wanted to get into the heavy blanket business, and business has been good. So saturated is the market there are now shopping guides to the best of the bunch.

The notion behind them is that a comfortable amount of weight on your body feels reassuring and calming — and can even increase serotonin and decrease cortisol levels. I was initially suspicious, but I also couldn't deny how much I do like it when the dentist puts that lead bib on me when I get my teeth X-rayed. But a $10 travel-size pillow spray or even a $40 lamp is a pretty low risk purchase. The Gravity's $250 price tag sounded too rich for my blood, so I kept it off my mental wish list.

But then, one recent evening after a particularly intense conversation with a grieving friend, I promptly opened up my laptop and found a lower end version for $85.50. I clicked the "place your order " button before I could talk myself out of it. Two days later, a leaden box arrived at my door, with an irritated looking postman behind it.

Perhaps someone with greater upper body strength would have been less intimidated by the density of the box's contents. I, on the other hand, felt like I was dragging a reluctant terrier to the vet as I hauled my new purchase off to the bedroom and unpacked it. "This is ridiculous," I thought, as I spread it out on the bed. "What a dumb gimmick," I told myself, squirming under the force of gravity several hours later. "Waste of money," I mused, as I realized abruptly that I was already awakening in my morning pillow-puddle of drool. Apparently I'd just discovered an effective new addition to my Lady Chloroform.

It's always struck me that whole self-care industry seems aimed squarely at people who appear to be doing pretty well already. I see them smiling from the covers of their books and the stories in their Instagram feeds, extolling the virtues of "emotional detox" kits and "wellness" oils. And I've scoffed at their practice of peddling serenity as a luxury item, like it's some unflashy yet expensive leather handbag, or a posh face cream. Robust mental health is not some bespoke, artisanal experience, and I suspect anyone who views it as such has never truly felt the terror of its absence. That said, I can't deny the positive effects of a little store-bought boost here and there.

What pulled me out of my deepest depths has been therapy, every week; medication, every day; and constant effort and support. I don't believe there is anything I could buy in any store — no topical oil I could apply, no vitamin I could take, no device I could plug in — that would take the place of those things. But I've also learned over the past year to let go of my own hangup that spending money on trying to get better is somehow an indulgence, that testing out some tools automatically makes a person (specifically, a woman) a bougie, narcissistic, rosé-drinking cliché. I no longer permit myself to feel crappy for not wanting to feel crappy. There are no prizes handed out for suffering needlessly, and every minute of my life I'm not crying in a bathroom somewhere is a minute I can devote to parenting my kids or doing work I value or getting a decent night's sleep.

The days are growing shorter. I flick on a special light for a half hour in the early mornings; I crawl under a blanket that weighs as much a bowling ball at night. I do what I can to stay steady. Every little bit helps. And if this is retail therapy, it feels like money well invested.