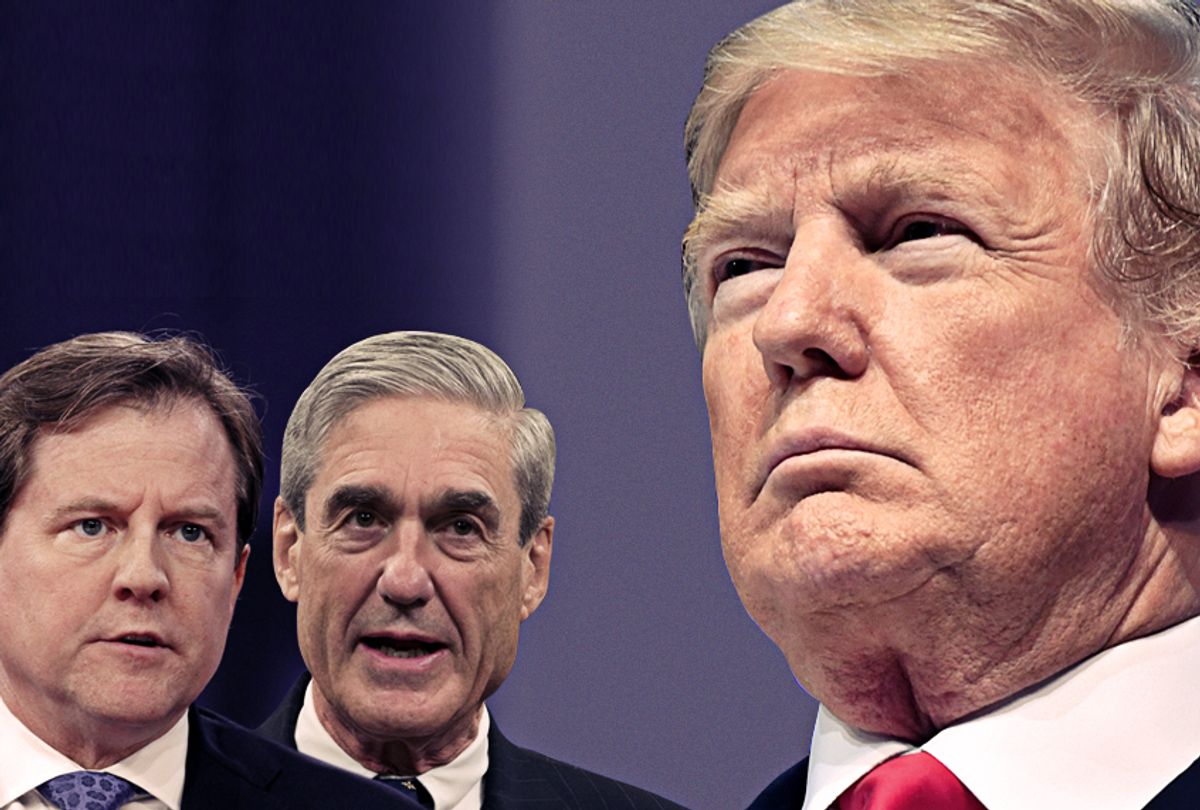 During their final meeting in the Oval Office earlier this month, Trump reportedly complained to McGahn that Mueller's probe into Russian interference in the 2016 presidential election had cast a cloud over his presidency, according to CNN. While the president was reportedly "fixated" on Mueller, he also applauded the former White House counsel for how he handled other duties throughout his tenure in the West Wing.

Trump's August announcement that McGahn would leave came less than two weeks after a New York Times report revealed that he had allegedly "cooperated extensively" with Mueller's probe into Russian election interference, participating in several interviews spanning 30 hours. The conversations reportedly unnerved Trump, who did not know of the full extent of McGahn's discussions.

At the time, the New York Times presented McGahn and other officials' decisions to cooperate fully with the special counsel inquiry as "unusual." However, Trump said he had "allowed" McGahn to speak with Mueller's investigators and claimed that The Times had falsely implied that McGahn had turned on him. He also claimed that McGahn's conversations with Mueller's team were part of the administration's bid to be the "most transparent in history."

The special counsel's investigation has come under fierce criticism from Trump and his supporters in Congress, who have claimed that is a politically motivated "witch hunt." Mueller has so far obtained guilty pleas from four former Trump associates — Paul Manafort, Michael Flynn, Richard Gates and George Papadopoulos — and has charged more than a dozen Russian intelligence officers with hacking Democrats during the 2016 election.

In place of McGahn, Emmet Flood, the attorney who represented former President Bill Clinton during his impeachment proceedings and now steers Trump's Russia legal strategy, is serving as White House counsel in a temporary capacity. Flood joined Trump's legal team in May to "represent the president and the administration against the Russia witch hunt," White House Press Secretary Sarah Huckabee Sanders said at the time.

Pat Cipollone is expected to take over the job soon and serve in a full-time capacity. However, the White House has not indicated when Cipollone will start.