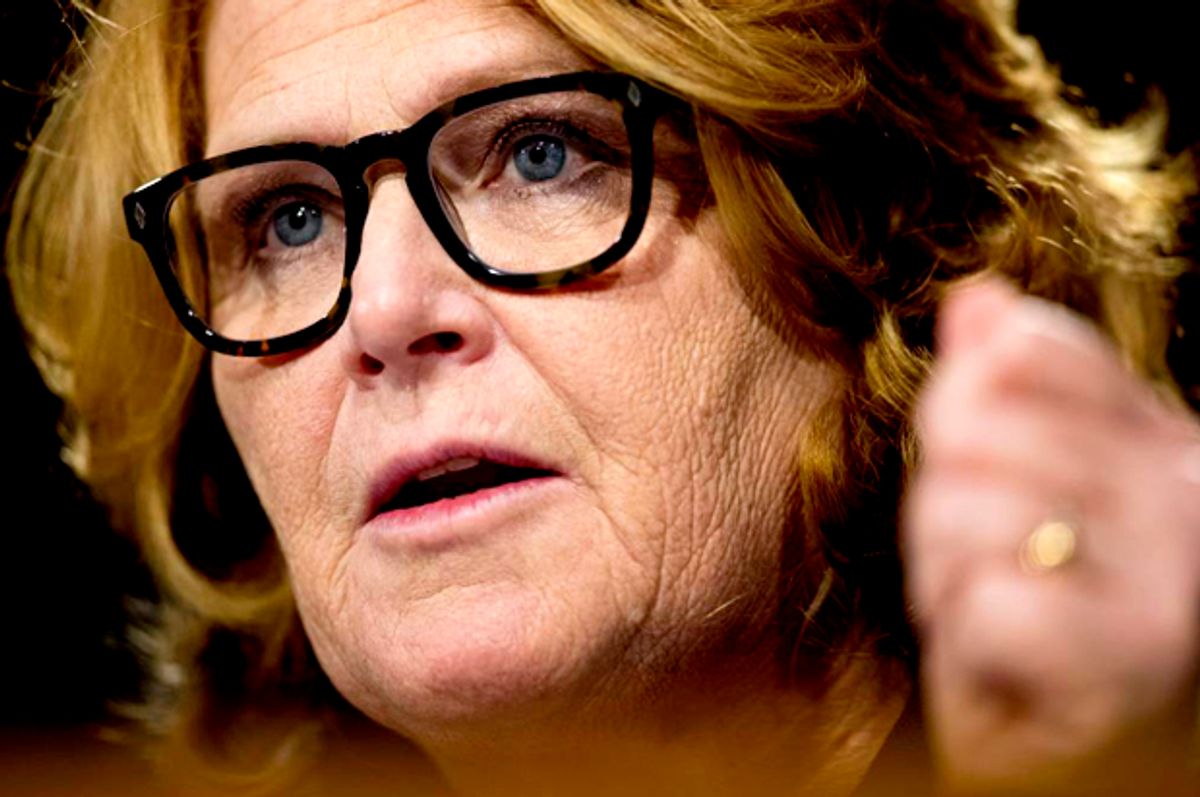 "The federal courts are unanimous in their judgment that it is highly important to preserve the status quo when elections are fast approaching," U.S. District Judge Daniel Hovland wrote in his order. The judge said the lawsuit by the Spirit Lake Tribe gives “great cause for concern” and will need a "a detailed response from the Secretary of State as this case proceeds," but decided that "a further injunction on the eve of the election will create as much confusion as it will alleviate, and is foreclosed by precedent which is hesitant to permit 'eleventh-hour changes to election laws.'”

The Spirit Lake Tribe sued to block the state from enforcing a voter ID law that they argued would disenfranchise hundreds if not thousands of Native Americans ahead of next week's elections. The law requires all voters to present an ID with their street address, but many Native Americans who live on reservations do not have traditional street addresses and rely on post office box addresses.

ABC News reports that 35 percent of Native Americans living on reservations do not have an ID that would allow them to vote. The Spirit Lake Tribe estimated that more than 200 of their members don't have residential street addresses.

Hovland previously ruled twice that the law disproportionately affected Native Americans, but his ruling was overturned by the Eighth Circuit Court of Appeals. The Supreme Court effectively upheld the ruling.

Several tribes are now trying to print new IDs for as many people as possible before the election. According to ABC News, at least 2,000 people have been issued new IDs by the tribes in recent weeks.

If the law disenfranchises as many voters as the tribes claim, it could spell doom for incumbent Democratic Sen. Heidi Heitkamp, who trails Republican Rep. Kevin Cramer in every poll released within the last two months. Heitkamp won her first race by 3,000 votes – after polls had her trailing significantly leading up to the election – in large part thanks to Native American voters.

North Dakota is not the only state where Native Americans are fighting for their right to vote, albeit with limited success.

The Ninth Circuit Court of Appeals upheld an Arizona law Wednesday that bans groups from delivering mail-in ballots, the Associated Press reports. The ruling came after a lawsuit filed by Democratic activist Rivko Knox, who argued the law forced her to stop delivering ballots for voters in need of assistance. The appeals panel rejected Knox's argument that the law violated her free speech and due process rights.

Wolf added that about 80 percent of Arizona voters cast their ballots by mail and about 75 percent of Native Americans living on reservations lack cars and residential addresses, which requires them to use a P.O. box.

“This brazen voter suppression was enabled by [Chief Justice] John Roberts gutting the Voting Rights Act in 2013,” he added.

Since the Supreme Court overturned part of the Voting Rights Act that had required states with a history of racial discrimination to get approval from the federal government when making any voting changes, numerous Republican-dominated states have cracked down on voting accessibility. Nine Republican-run states have shut down more than 1,000 polling sites while others have instituted voter ID laws and purged thousands of voters.