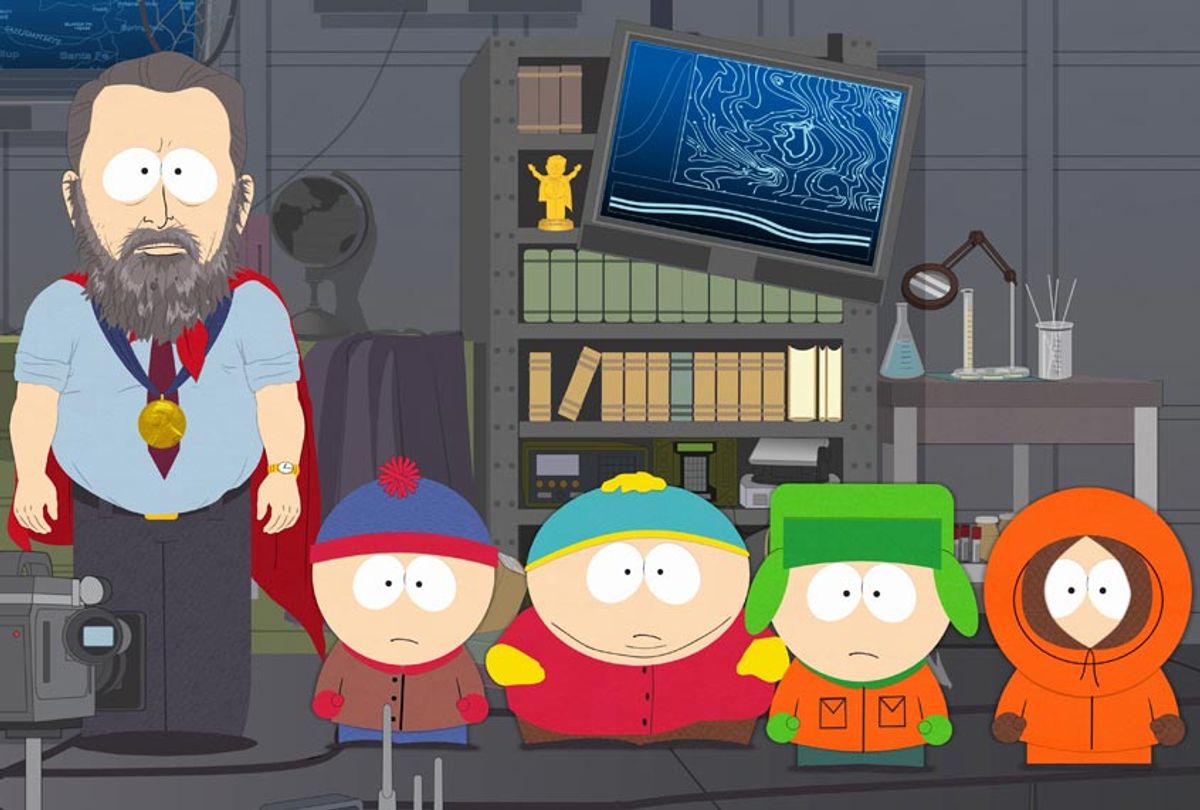 In the new "South Park" episode "Time To Get Cereal," creators Trey Parker and Matt Stone do something particularly brave — they admit that the premise of one of their most famous previous episodes was plumb wrong.

"Time To Get Cereal" is essentially a sequel to the 2006 "South Park" episode "ManBearPig," which depicted former Vice President Al Gore as an attention-seeking loser who tried to convince the world of the existence of a fictional monster that was "half man, half bear and half pig" in order to feel better about losing the presidency to George W. Bush in 2000. The undeniable subtext, of course, was that man-made climate change — you know, the dire existential threat that the real Gore was warning everyone about — was a hoax, and that Gore himself was a joke.

Trust me, I'm not reading into this. "South Park" had previously mocked the idea of man-made climate change in the 2005 episode "Two Days Before the Day After Tomorrow" and had taken smaller pot shots at the idea on subsequent occasions. And considering that Parker and Stone seem to take pride in being iconoclasts who will rip on the left and right with equal glee, one could have made the case that individuals who applaud them for ridiculing Republicans, Christian conservatives and corrupt politicians shouldn't get upset when they took a swipe at a liberal target.

Except, of course, for the fact that man-made global warming isn't some left-wing talking point. It is a scientific fact, one that needs to be acknowledged and addressed through intelligent policies to avoid worldwide catastrophe. Denying its reality, particularly when you are a popular comedy show with millions of viewers who interpret your satire as representing a deeper truth, was extremely irresponsible.

This is the point that Parker and Stone made about themselves in "Time To Get Cereal." The A plot begins when Stan Marsh (Parker) sees Ned Gerblansky (also Parker) get brutally captured and mauled by ManBearPig (whether Ned's seeming death is permanent remains to be seen). After realizing that this means Gore had been right all along about ManBearPig's existence, Stan recruits the other South Park boys (Parker's Eric Cartman and Stone's Kyle Broflovski and Kenny McCormack) to find Gore and obtain his help in defeating the evil creature.

The catch, though, is that Gore wants them to apologize for making fun of him all those years ago — and if their apology is deemed insufficiently sincere (or "cereal,"), the former vice president will return to his newfound love of bowling.

The scenes of the boys interacting with Gore are very strong, although that has less to do with the story itself and more to do with what Parker and Stone are saying to their former target. It isn't simply that they have the characters admit that they were wrong; by having them act exasperated and reluctant about needing to do so, as well as depicting Gore as evolving from humiliated hermit to exultant in his moral victory (the real-life Gore has kept a very low profile for years), they seem to depict what an actual conversation between themselves and Gore would look like. It's a brave and creatively honest thing for them to do, one that serves as a believable mea culpa that is still executed in the funniest way possible. The montage of clips from Gore's 2000 presidential campaign — as well as the South Park boys tacitly admitting that America would have been better off if he had prevailed in that election — is especially welcome.

The best scene in the episode, though, doesn't include Gore at all. It occurs in a restaurant where an insufferably smug patron — one who we quickly realize is intended as a stand-in for man-made global warming deniers everywhere — lectures his wife about how ManBearPig couldn't possibly be real. On cue, of course, ManBearPig enters the restaurant and starts killing all of the diners. Instead of admitting that the death and destruction he sees all around him proves that he was wrong, the man maintains his arrogant demeanor but now insists that this simply means it's too late to admit that ManBearPig actually exists. And besides, there's nothing to be done about it anyway, so why point out that he was wrong? And what about the Chinese? And of course . . . CHOMP!

For what it's worth, the B plot in this episode also works particularly well as social commentary. It continues the running story arc from Season 22 of school shootings becoming so common that residents of South Park barely react to them anymore. This time a child's death caused by ManBearPig is erroneously attributed to juvenile homicide, and because Cartman and Kenny fit the profile of school shooters (one being an obese sociopath, the other an impoverished loner), they need to prove that ManBearPig is real in order to clear their names.

Yet the standout theme in this episode is undeniably its creators' apology for having denied man-made global warming in the past. It is not easy for anyone to admit they were wrong about an issue so massive, much less two comedians as high profile as Parker and Stone, and they deserve considerable credit for doing so.