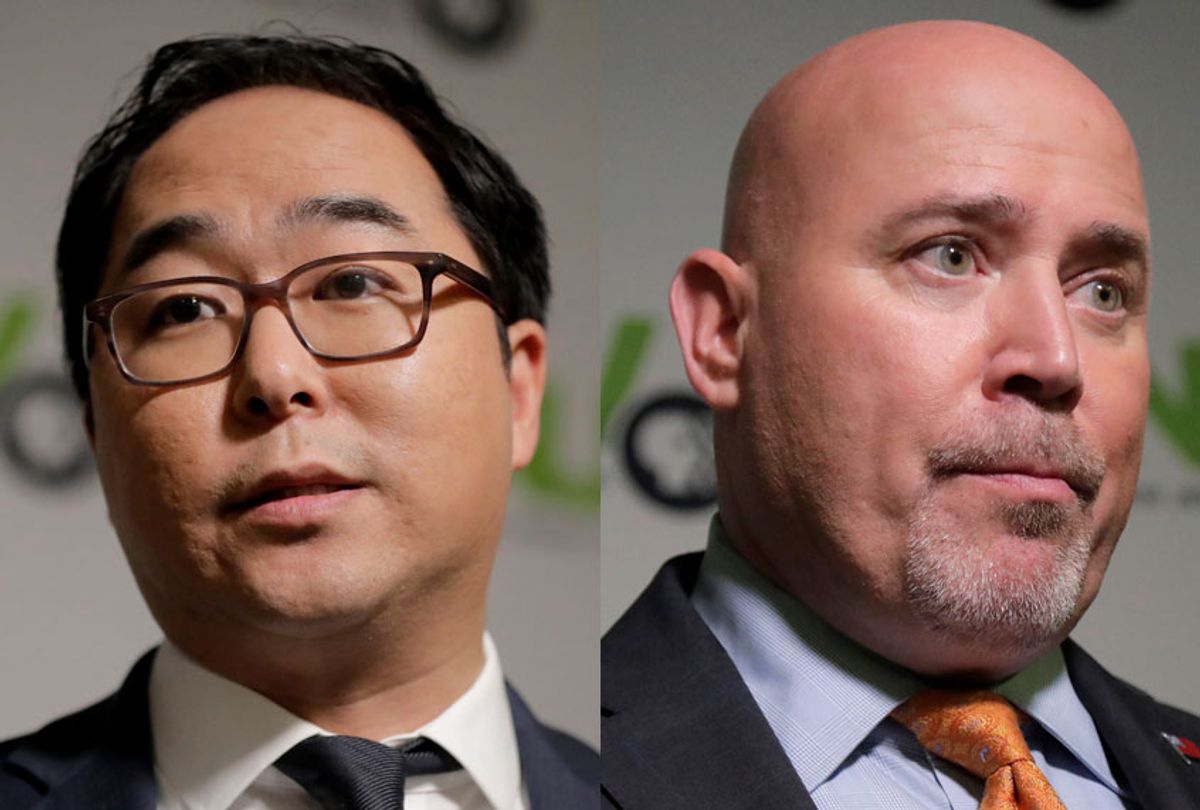 MacArthur, a two-term incumbent in the Garden State's 3rd congressional district, was a key figure in the Republican effort to repeal Obamacare -- and was the only New Jersey lawmaker to vote for the Republican tax cut bill, which hit taxpayers in affluent Northeastern suburbs especially hard.

The 36-year-old Kim declared victory shortly after Election Day, but the race remained officially too close to call until paper ballot counting was completed earlier this week. MacArthur conceded defeat on Wednesday, with Kim holding a 3,500-vote lead. More than 300,000 people voted in the race.

MacArthur's defeat means that Rep. Chris Smith will the only Republican congressman representing New Jersey next year. All 11 other House seats in the state will be held by Democrats. MacArthur's seat, in a wealthy and predominantly white swath of central New Jersey, was long considered safe Republican turf, and had only elected one Democrat since the early 1990s. Donald Trump carried the district by 6 percent in 2016, although Barack Obama had carried it in 2008 and 2012.

MacArthur is best known for the “MacArthur Amendment,” which would have let states obtain waivers that allowed insurance companies to charge some people, including those with pre-existing conditions, higher rates for health care. His amendment revived the Republican effort to repeal Obamacare, which ultimately died in the Senate with the legendary thumbs-down moment from the late Sen. John McCain.

Kim told the New York Times the key to his narrow victory was his defense of Obamacare, which MacArthur wanted to kill.

“I kept focused on health care,” he said.

Kim told the Times he hopes to work on national security issues after serving on the National Security Council under Obama. He also vowed to fight to roll back the limits on state and local tax deductions that were included in the tax bill that MacArthur backed.

More than 10 percent of New Jersey households are projected to see their federal income taxes increase as a result of the $10,000 limit on state and local income, property and sales tax deductions, according to the Tax Policy Center. New Jersey was hit harder by the GOP tax bill than any other state.

Kim becomes the first Korean American elected to Congress in more than two decades. Republican Young Kim (no relation), a candidate in another undecided race in California, hopes to become the second.

Young Kim currently leads Democrat Gil Cisneros by a margin of just 122 votes -- 99,501 to 99,379 -- as final vote-counting continues in California's 39th congressional district, in the eastern suburbs of Los Angeles. Dave Wasserman of Cook Political Report has predicted that Cisneros will take the lead before the count is concluded.

Democrat Katie Porter has already taken the lead over Republican Rep. Mimi Walters in California's 45th district, which also remains too close to call. As of Thursday, Porter had expanded her lead to nearly 4,000 votes out of the nearly 250,000 counted.

With Poliquin's defeat, there will be no Republican House members from New England in the next Congress. Sen. Susan Collins of Maine is the only Republican who represents the region on Capitol Hill. Collins, a self-described pro-choice moderate who drew widespread backlash for her vote to confirm Supreme Court Justice Brett Kavanaugh, is up for re-election in 2020.