From Gary Hart to Donald Trump: "We have a system that favors the shameless" 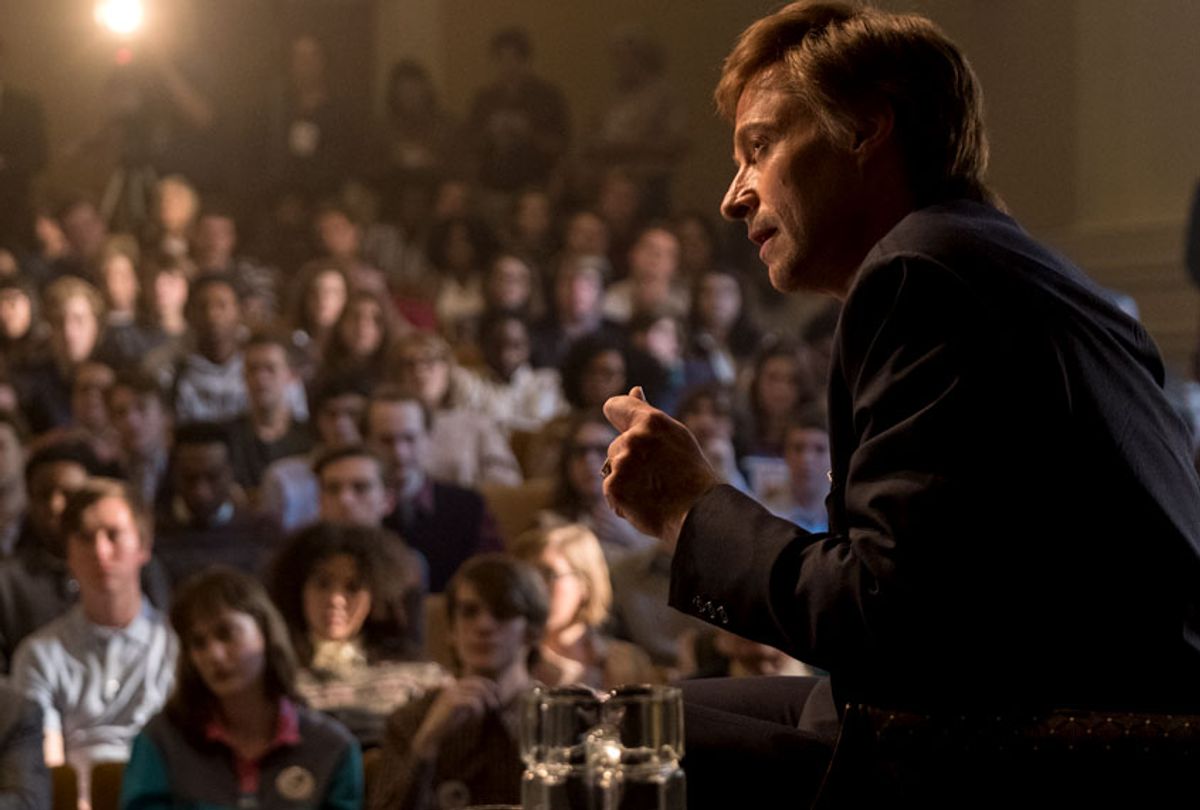 The story of Gary Hart's 1988 presidential campaign almost seems quaint in 2018. It's the tale of an idealist center-left senator from Colorado who was caught cheating on his wife and dropped out of the race because the public was outraged at his infidelity and he decided that political power wasn't worth subjecting himself and his family to embarrassing scrutiny.

While it is impossible to determine these things with certainty, the fact that Hart was far and away the frontrunner for the Democratic nomination that year — and that his eventual Republican opponent, Vice President George H. W. Bush, was a weak candidate who only won the White House because the eventual Democratic nominee, Massachusetts Governor Michael Dukakis, was even weaker — makes it plausible that Hart could have become president if he hadn't self-destructed. In the age of President Donald Trump, who has faced multiple accusations of sexual misconduct and was caught on tape bragging about grabbing women by their genitals, Hart's story seems almost wholesome in retrospect.

This isn't the main point of "The Front Runner," the new film directed by Jason Reitman ("Thank You For Smoking," "Juno") and co-authored by himself, Matt Bai and Jay Carson, but it's an unavoidable conclusion when watching that movie through the lens of 2018. Yet there are more ways in which Hart's '88 bid reflects on contemporary politics.

"I could not believe that in our recent history, the presumed next president of the United States wound up in an alleyway in the middle of the night with these journalists and no one knew what to do, no one had ever been there before," Reitman told me in a recent phone interview. "It is found on all this connective tissue to all the things that we are asking ourselves and talking about today."

When I asked Reitman if he believed Hart would have done the job well if he had been elected, the director mused, "I do think he would have made a good president, but it's not the reason I made the movie. I made the movie because I think I was confused about 2018 as anybody else is and trying to figure out how we got here."

Carson had a similar reaction to the deeper meaning of Hart's campaign — and, more specifically, the fact that the media decided to hold him accountable for his alleged infidelities, even though other presidential candidates had been given a pass.

"We set up a process, a process begins in ‘88 where we're far more concerned about someone's performative ability and this idea of whether this is someone that we like enough to want to have a beer with, than we are their ability to do the job," Carson said. "I think about the person flying the airplane that I'm on or the person operating on me, and I'm far less concerned with their performative ability or whether I want to have a beer with them then whether they're actually able to perform the job, the very serious job they're doing."

"The job of been President of the United States is far more serious than flying an airplane or performing surgery and yet, we put far less seriousness into that decision making process, and the qualities that we're looking for are not the ones that that necessarily make the person good at the job,"

Part of the problem, Reitman observed, is that the news cycle rewards stories that are more scandalous or interesting, even if they may be less relevant to a politician's capacity to lead the country. While Hart (played brilliantly by Hugh Jackman) gives thoughtful and honest answers to questions about economics, foreign policy and social justice, the media cares less about that than it does about the attractive young blonde woman he may or may not be sleeping with.

"We're having this kind of daily conversation about what is relevant and what is important versus what is entertaining as a line in the movie," Reitman noted. "I think that is a real question. Even when kind of discussing someone as indecent as our current president, there's a question of, OK, there are a lot of things we want to talk about and there's certain awful things that immediately grab our attention and some matter more than others, but some make for better reading.'"

When I asked if those questions are more, less or as complicated today as they were 31 years ago, Reitman didn't hold back.

"They're way more complicated today," he said. "Look, I mean, you open up the news app and there'll be a story about the midterms right next to a story about Ariana Grande and Pete Davidson breaking up, and by appearance, they're given equal weight. I think that's a little confusing. We have this line in the movie that’s pertaining to Ben Bradlee, he really said this thing about TV news is covering something and then all the newspapers start covering it. How does The Washington Post not cover it? That kind of editorial control begins to fall in the hands of the readers, the viewers, the clickers, and so we have a lot of say."

Reitman emphasized that he's not judging — he's as guilty as anyone else who laps up celebrity gossip.

"Look, I'm curious about my own curiosity. I do want to click the Ariana Grande article, so where do I sit in all of it?" Reitman said. "I'm trying to figure that out for myself. That's why I make movies. With each film I've made, there's been some sort of question at the center of it that I'm trying to answer for myself. I'm just fortunate that I have the opportunity to make movies as kind of part of that exploration."

In his mind, the biggest problem with the trend of what he deemed the "celebrification" of politics is that it may discourage quality men and women from seeking office and instead award those who know how to be entertaining without regard to important issues or their own sense of dignity.

"Here's the question, who is not running?" Reitman said. "Who is not running because of the environment? Gary Hart walked away. He was going to be forced to talk about issues that he thought were irrelevant and was not up for the kind of the celebrification of politics."

"Maybe it was right, maybe it was wrong, but there are definitely people who are staying out of the race because they just finished not up for turning into a celebrity," he said. "That's why I pointed out, I think it's really accurately that when politics and entertainment merge, you're bound to get an entertainer as a president. Look, we have a system where people who experience shame drop out of the race. People who don't experience shame stay in the race . . . We have a system that favors the shameless."

Bai, who wrote the book "All the Truth Is Out: The Week Politics Went Tabloid," on which the movie is based, expressed the same idea.

"The question is less about 'Should Hart been president?' but 'What do we value in a president? Have we created a process that still makes it possible for us to get the kind of leaders that we value?'" Bai said. "If you hear at the end when Hart gets out, and there's that speech that is exactly, word for word from real life, where Hart says, 'I tremble for my country, when I fear we may, in fact, get the kind of leaders we deserve.' I think that line really jolts people. It did when I talked about the book, and it does when they see it in the film. I think it's because we worry about that, we worry about it as a country and we want to know how we got here, and this is a big part of the answer."

It is here that I must bring up that one of my favorite books about politics is "Whose Broad Stripes and Bright Stars? The Trivial Pursuit of the Presidency, 1988" by Jack W. Germond and Jules Witcover. It works because it goes into detail about the many colorful personalities who rose to prominence during the 1988 election, including future president Bill Clinton (then governor of Arkansas and best known for giving an agonizingly longwinded keynote speech at that year's Democratic National Convention), future Vice President Al Gore (then a young senator from Tennessee whose great tactical error was focusing his campaign on global warming) and future Vice President Joe Biden (then a young senator from Delaware whose campaign ended in disgrace when he was caught plagiarizing a speech from British politician Neil Kinnock). In the process, it makes the 1988 election seem like an epic battle with great consequences — and one that wound up being decided over the most frivolous of matters.

And where did Hart fit into that campaign? Like Reitman, I suspect that he would have been a good president had he been elected. He was clearly sincere in his idealism and well-informed about the issues, and even the way he bowed out of the race reflected on some level his personal character. At the same time, I also believe that Hart was a throwback, a man whose ideas about privacy were naive in the era of mass media and tabloid culture. For better or worse, asking whether Hart would have been a good president in the late 1980s and early 1990s misses the point.

By that time, America had become the kind of country for which a man like Hart simply wouldn't want to compete to run.