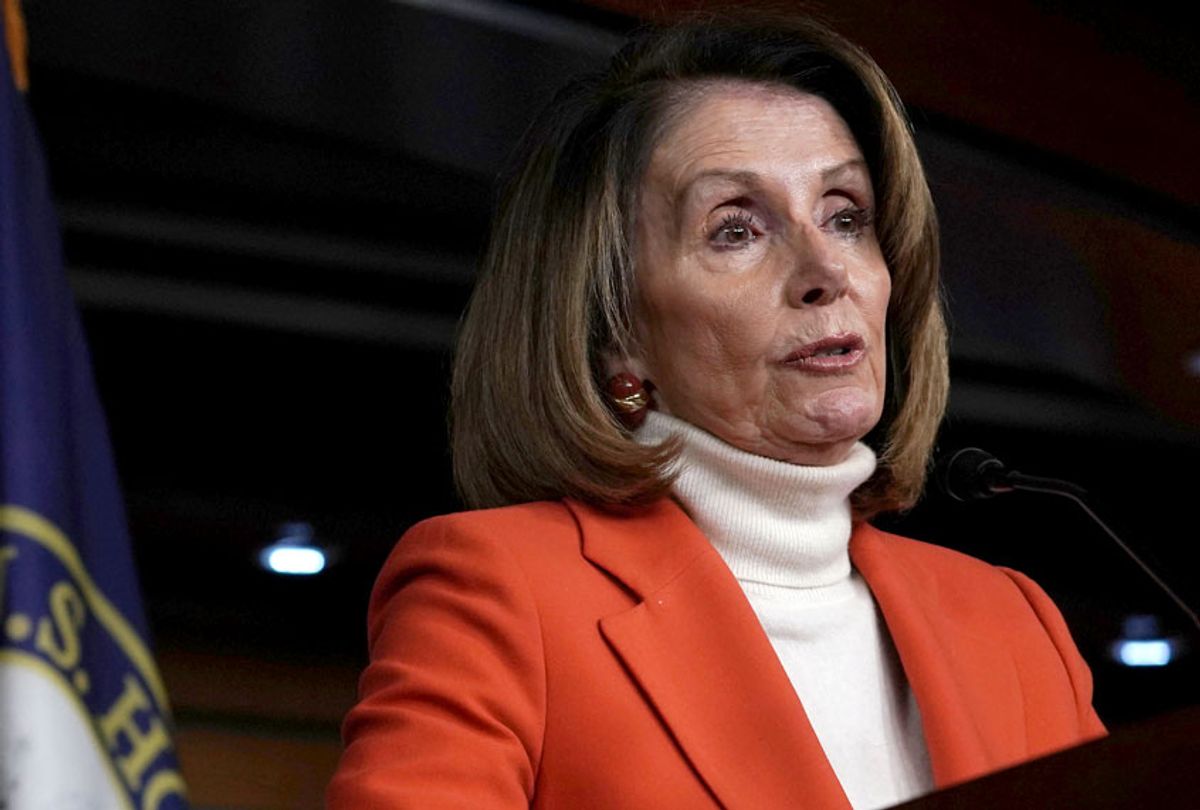 House Democrats on Friday revealed the outline of a sweeping anti-corruption legislative package that aims to stunt the influence of big money in politics, expand voting rights and require presidential nominees to release their tax returns — a direct rebuke of President Donald Trump, who has so far refused to do just that.

The bill, which will receive the designation of H.R.1 in the next Congress, would require all political organizations to disclose their donors, call to "end partisan gerrymandering," push for national automatic voter registration and create a national strategy to protect voting systems from outside interference, the Washington Post reports. It is expected to be the first proposal Democrats plan to push in Congress when they seize control of the lower chamber this January.

"There's a lot of people out there in the country who feel right now that Washington doesn't listen to them – their democracy doesn't work for them – and they're kind of left out and locked out," Rep. John Sarbanes (D-Md.), the principal author of the bill, said at a press conference unveiling the legislation, according to Politico. Sarbanes is a longtime advocate of campaign finance reform and has disavowed corporate PAC money.

"It's a once-in-a-generation opportunity to make a bold, proud declaration back to the American people that we get it," he said. "We hear you. We want to give you your voice back.

Sarbanes and House Minority Leader Nancy Pelosi (D-Calif.), who is poised to wield the speaker's gavel once again, detailed parts of the bill in a Washington Post op-ed last week.

"These are the reforms that will ultimately change the balance of power in Washington," they wrote. "When we get dark money out of politics, clean up corruption and ensure fair elections, we will dismantle the ability of special interests to stack the deck of our democracy and our economy against hard-working Americans."

"So let’s rein in the unaccountable 'dark money' unleashed by the Supreme Court’s Citizens United v. Federal Election Commission decision by requiring all political organizations to disclose their donors and by shutting down the shell game of big-money donations to super PACs. We must also empower hard-working Americans in our democracy by building a 21st-century campaign-finance system — combining small-donor incentives and matching support — to increase and multiply the power of small donors. Wealthy special interests shouldn’t be able to buy more influence than the workers, consumers and families who should be our priority in Washington."

While House Democrats appear focused on reforming federal ethics laws when the new Congress convenes in the new year, they are expected to have trouble steering the legislation to passage in the GOP-controlled Senate or earning the signature of the Republican president.