Get the lead out: Pencils are garbage 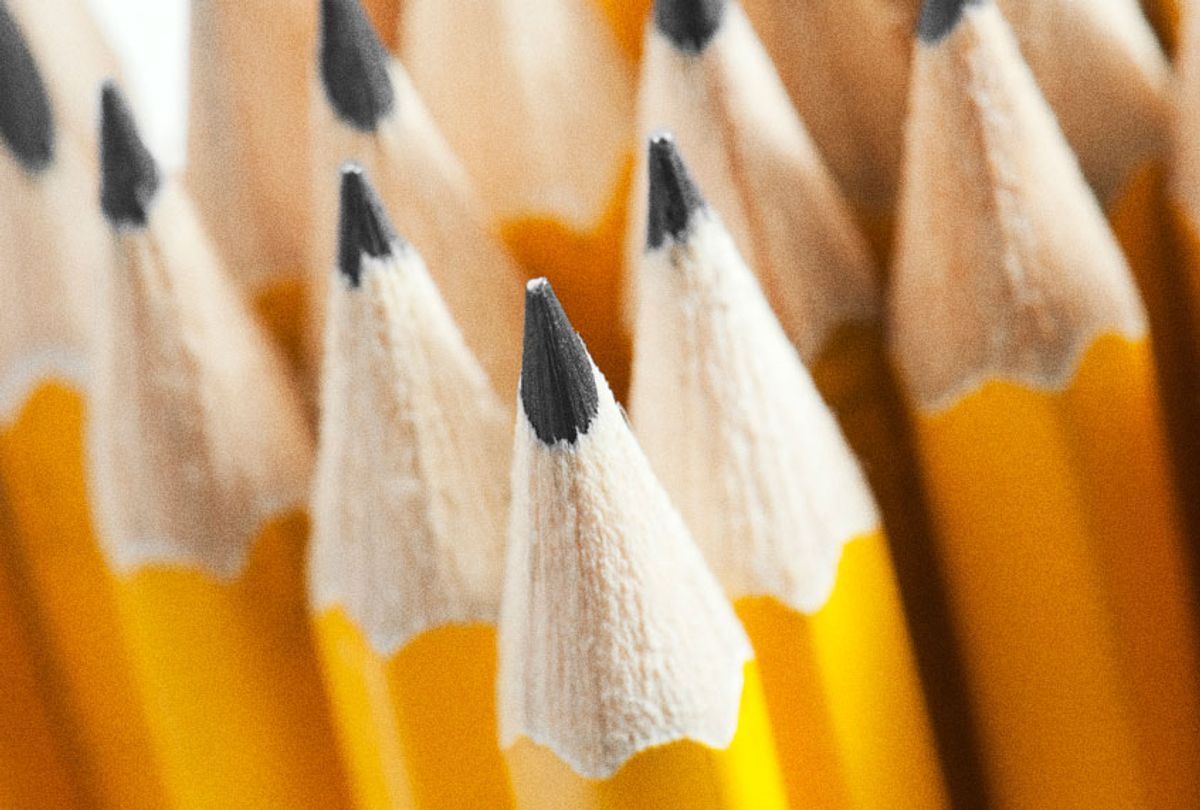 Can you call yourself a "Star Wars" fan if your favorite character is Jar Jar Binks? Are you really a connoisseur of sushi if you always get the California roll? Similarly, what are you doing with pencils on your desk?

In the world of useful supplies — like wine stoppers and those clips that keep your potato chips crisp — pencils have got to be the worst. Are you an architect? Artist? Are you taking the SAT today? OK, your pencil supply is justified. Otherwise, your pencils are useless. This is the hill I am willing to die on.

To be honest, if the little bastards didn't keep mysteriously reproducing in the PEN cup on my desk, I'd have assume pencils had gone the way of landlines and attention spans. After all, in the developed world, most of us go long stretches of time without ever touching a writing implement. Exhibit A: Have you seen your own handwriting lately?

I was thinking these things recently, when The Strategist issued a comprehensive list of its 100 best pens. While acknowledging that "a lot of what makes one pen better than another is completely subjective," the ranking nonetheless inspired vigorous debate in the ink enthusiast community. "I am two thumbs down on your article, because you know nothing about fountain pens," wrote one commenter, and offline, the conversation was just as spirited as any discussion of the best Pixar movies and whether or not cilantro is repulsive. (Although the cilantro thing truly is a matter of taste, unlike any argument about if Jack could have fit on that door with Rose.)

Sure, pens have their drawbacks. They run out of ink, and they dry out when some monster comes along and leaves their caps off. But when a signature on a birthday card or a doodle or a crossword puzzle eight-letter word for a replacement for lead is called for, who you gonna call? A pen says, "I am not going to snap at the first sign of pressure. I am confident enough in what I express to commit to it." Have you ever heard anyone say that the pencil is mightier than the sword? I didn't think so.

Of course, approving of pens is like approving of music — you've got to narrow it down a bit. Nothing but respect for the fountain pen community and the people who can wield them with aplomb; I will never be one of you. I've not once been able to use a fountain pen without ending up with a right hand bathed in wet ink. You can imagine my terror, then, when I had to sign some documents last month and was ceremoniously handed a gleaming Waterman to do the honors. I made a lame, crabbed attempt, and then shoved my royal blue fingers in a pocket when I finished. But with the exception of my own handicap, I'm fine with the rest of the pen universe: your gels, your felt tips, your ballpoints. And left to my own writing devices, give me a classic retractable Uni-ball, any day — I know my lane and I gladly stick to it.

Now, pencils, on the other hand. Pencils are damn near unforgivable. I used to think maybe I just hadn't met the right one. Sure, tip after tip of mechanical pencil would ricochet off the page like so much tiny buckshot whenever I tried to use one, but I figured maybe it was like my fountain pen thing and I just didn't have a knack. But regular wooden pencils were always a disappointment too. Like pears and avocados, every wooden pencil seems to have about five good minutes of existence in its ideal state before becoming problematic. You sharpen and sharpen and it looks pristine, and then it breaks off, in an endless cycle. Or you get it right and it's workable, and then the next thing you know it's scratched down to a seemingly empty column of cedar.

Meanwhile, if you let someone else use your pencil, your pencil will come back chewed on and missing an eraser. I'm not saying pencil people are the worst, but you won't find any killjoys handing out pens to trick or treaters on Halloween. And there isn't an entire population of people who've had pen tips stuck somewhere on their hands since childhood.

In spite of my skepticism, I do try to keep an open mind. When, a few years ago, a friend wrote an enthusiastic review of "the best pencil in the world" — and included a ringing endorsement for the Cadillac of sharpeners — I gave it my best try.

Armed with a Blackwing and a Kum Wedge, I sat down to write and commanded my new pencil to, in the words of  Diaghilev, astonish me. It did not. The Blackwing may be a cult item and a status symbol, highly sought after for its "supple, bold and creamy smooth" lines. The company may boast that John Steinbeck, Stephen Sondheim, Leonard Bernstein and Chuck Jones were all aficionados. But in my hands, no novels, musicals or cartoon rabbits flowed from my fingertips. It was just another pencil, albeit one with a cool design. It did not blow away any of the garden variety Ticonderogas that litter my household. Pencils, like shower sex, just rarely live up to the hype.

It's gratifying that there any analog pleasures left in the digital world. Faber-Castell, one of the oldest pencil companies in the world, had its best sales year ever . . . in 2016. Pencils also won't stick you for a thousand dollars if you drop it and break them, so I've got to hand it to them for that. But this season, please think twice before stuffing anybody's stocking with a fresh box. Because some of us think they're undependable jerks. Instead, give me ink to write my name with and something to make click-click-clicky noises with when I'm tuning out during meetings. And when I do, I'll gaze lovingly at my trusty Uni-Ball and think, thank you for being a pen.