Should plant-based proteins be called “meat”? 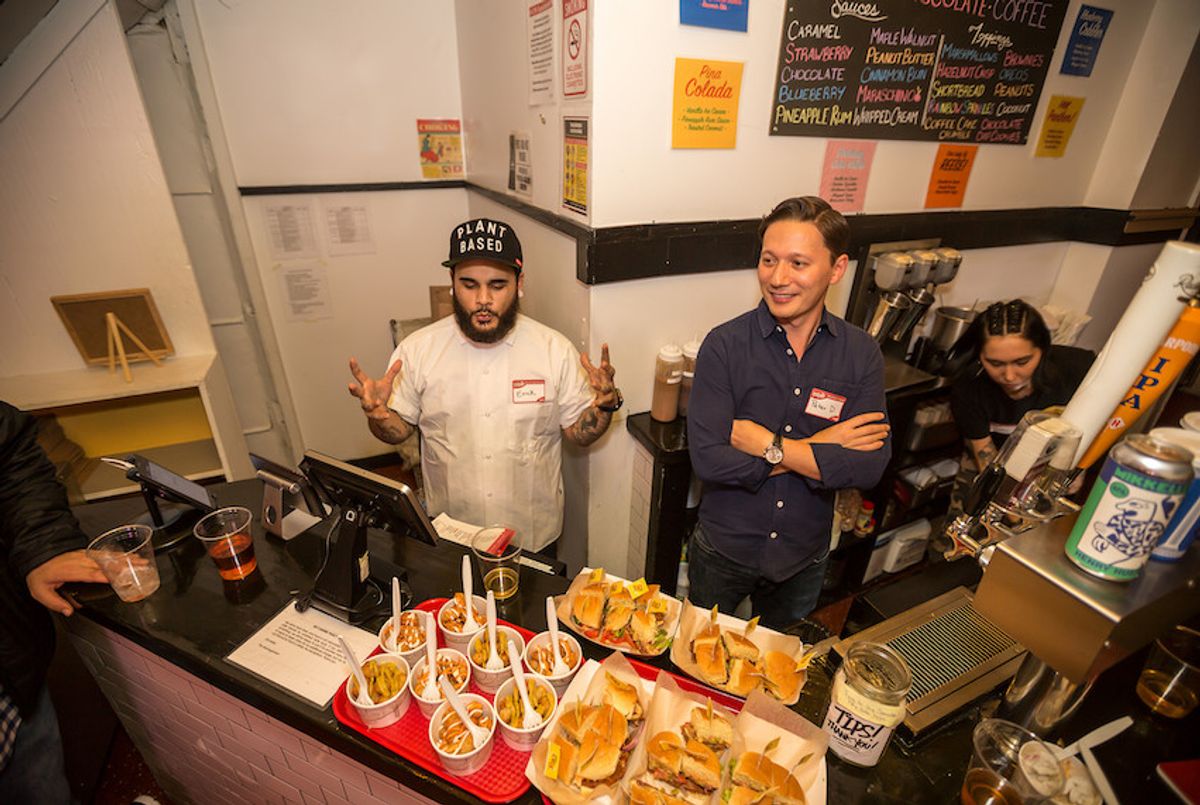 Fried chicken, bacon cheeseburgers and pepperoni pizza aren’t uncommon to see on vegan menus — or even the meat-free freezer section of your local supermarket — but should we be calling these mock meat dishes the same names? A new Missouri law doesn’t think so. The state’s law, which forbids “misrepresenting a product as meat that is not derived from harvested production livestock or poultry,” has led to a contentious ethical, legal and linguistic debate. Four organizations — Tofurky, the Good Food Institute, the American Civil Liberties Union of Missouri and the Animal Legal Defense Fund — are now suing the state on the basis that not only is the law against the United States Constitution, but it favors meat producers for unfair market competition.

While some newly formulated meat-free products, like the plant-based Beyond Burger or its rival the Impossible Burger (the veggie burger that “bleeds”), may be deceptively meat-like, it’s hard to understand how consumers could actually be duped into thinking non-meat products are legitimately meat.

“The law violates constitutional right to free speech,” explains Animal Legal Defense Fund attorney Amanda Howell. “It’s wide in scope, vague, broad and problematic. An ordinary person can’t tell you what this law is about.” Although legal jargon is often hard for the typical non-attorney to understand, Howell explains that one thing is easy for the everyday American: distinguishing plant-based meat-like products from actual meat. To date, there are zero consumer complaints on file in Missouri of shoppers confusing meat-like products with actual meat, according to Howell and the Animal Legal Defense Fund.

Missouri currently produces the third-highest amount of beef cattle in the U.S. (preceded by Oklahoma, and Texas at the top spot), and the beef industry is threatened by imitation meat products, proven to be better for the environment (though Beef Magazine attempts to negate climate science) and sometimes healthier than animal-derived red meat. As food science disrupts what people think of as “meat,” the future of the livestock industry may be endangered, and that’s a threat to ranchers.

Legally, there’s no reason why fake sausage or imitation turkey can’t be labeled as such. Under the Consumer Protection Law, as long as a product’s statement of identity is “truthful and not misleading, it’s legal,” says Howell. This statement of identity informs consumers of what’s inside a package and can help inform them of how to use and eat a product. “Consumers would be more confused if they were not able to use meat-related terminology,” Howell says. “It’s pretty obvious that they’re taking away the terminology so consumers won’t know what the products are, and they’ll sound less appealing.” Vegan sausage is understandable; seasoned soy patties, not so much. “Consumers should have access to truthful information, clearly labeled [foods], instead of taking away naming conventions just because an industry is scared,” Howell says.

People for the Ethical Treatment of Animals (PETA), which takes a staunchly anti-meat stance, also stands behind using meat terms and “letting the terms ‘steak’ and ‘sausage’ evolve with the times,” according to Ben Williamson, PETA’s senior international media director.

“The meat industry is going up against a public that is learning that eating meat is responsible for tremendous animal abuse, linked to diabetes, strokes, heart disease and cancer, and is an environmental nightmare,” Williamson said. “Healthy, ethical and 100-percent humane, vegan products are abooming market, and lawmakers’ time and efforts would be better served helping transition meat producers into vegan companies.”

Linguistically, calling plant-based meat “meat” is not necessarily an issue in English. “If we go back to what meat used to mean, it referred to food in general,” says linguist Carrie Gillon. “In about 1300, the definition changed to mean animal flesh food.” But even though the definition of “meat” narrowed centuries ago, that doesn’t mean it can’t also be used more generally as language evolves. Gillon uses prototype theory to explain this—that is, the theory that each noun we use has a prototype. If you think of a bird, you may think of a wren, but a penguin is also very much a bird—it just doesn’t share all the characteristics of a stereotypical bird, like flying. This theory could also apply to meat, or non-meat meat: When we think of meat, we think animal flesh, but why not expand the definition to foods that share characteristics with meat, like the meat of a peach, perhaps, or ground tofu that mimics ground beef?

For vegetarians like food blogger Lori Nelson, meat-free foods named after their animal counterparts are preferred, for clarity. “Labels like ‘vegan chicken’ save me time because I don’t eat meat. If it’s labeled ‘vegan chicken,’ I don't have to worry about it being actual chicken,” she explains. Plus, for vegetarians who have previously eaten meat, or at least seen meat in media, these mock products’ names provide a clearer idea of what they will taste like.

Melissa Kravitz is a writer based in New York. She is a writing fellow at Earth | Food | Life, a project of the Independent Media Institute. She's written for Bon Appetit, Food & Wine, Travel & Leisure, Conde Nast Traveler, Glamour, AlterNet, Cosmopolitan, Teen Vogue, Architectural Digest, Them and other publications. She holds a Bachelor's degree in creative writing from Columbia University and is also at work on a forthcoming novel. Follow her on Twitter: @melissabethk