Trump threatens to shut down more than the government 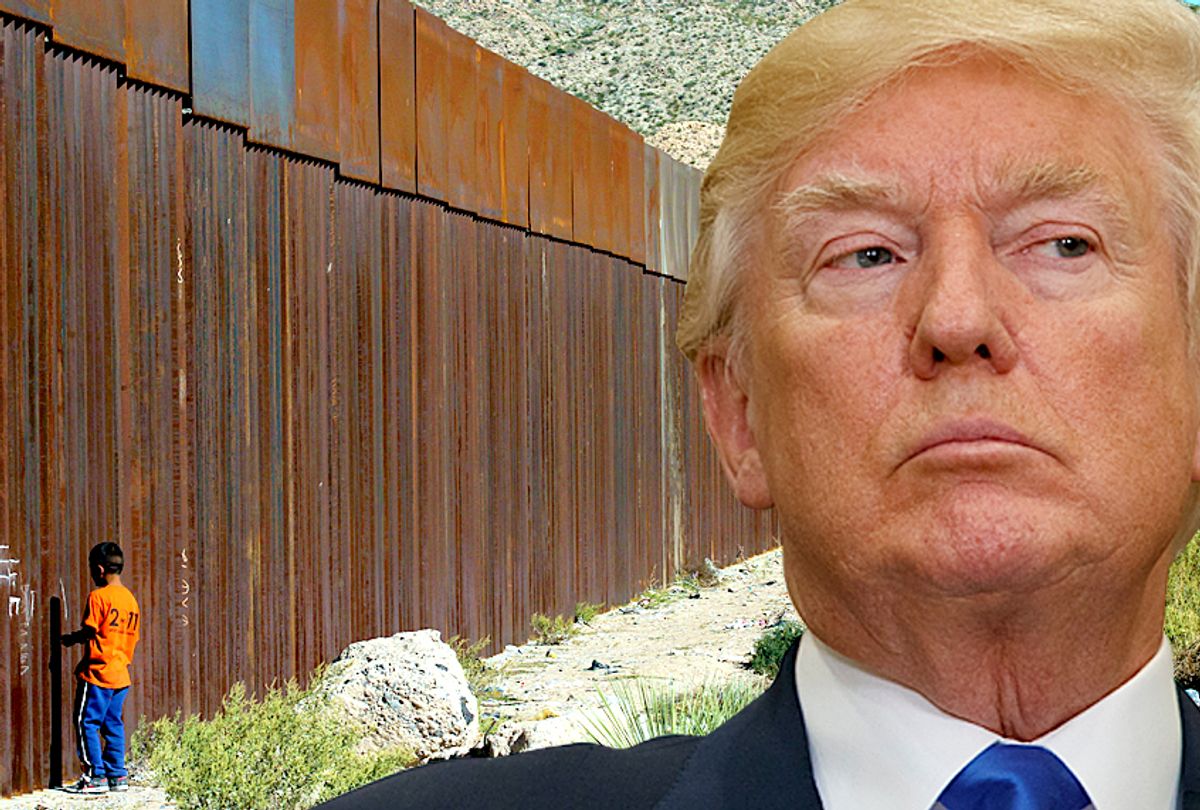 President Donald Trump on Friday revived threats to "close the Southern Border entirely" if Democrats in Congress do not provide the funds he claims are needed to build a wall along the U.S.-Mexico border.

"We will be forced to close the Southern Border entirely if the Obstructionist Democrats do not give us the money to finish the Wall & also change the ridiculous immigration laws that our Country is saddled with. Hard to believe there was a Congress & President who would approve!" the president wrote in a series of tweets.

"Honduras, Guatemala and El Salvador are doing nothing for the United States but taking our money," he wrote in another tweet. "Word is that a new Caravan is forming in Honduras and they are doing nothing about it. We will be cutting off all aid to these 3 countries - taking advantage of U.S. for years!"

Trump made the threat as the government shutdown enters its seventh day with no end in sight. The government shut down a week ago after Congress and the White House failed to break a bitter budget standoff, as Democrats have the Senate votes to block any spending bill that includes funding Trump's wall — and Trump said he'll veto any measure that doesn't.

The Senate, in a bipartisan voice vote, passed a stop-gap spending bill last week that would have funded the government until Feb. 8, 2019, and prevented a partial government shutdown. The legislation did not include funding for border security. Meanwhile, the Republican-controlled House rejected that measure and passed a spending bill on Thursday that also kept the government open until Feb. 8, 2019, and included more than $5 billion for border security. That bill has been rejected by Democrats and thus does not have the support to pass the Senate.

The president's latest series of tweets follow reports that roughly 15,000 migrants from Honduras, Guatemala and El Salvador are on their way to Mexico. The reports claim the migrants are expected to stay in Mexico to seek employment. His statements also come as Democrats and Republicans on Capitol Hill are embroiled in a public blame game over who is responsible for the government shutdown, as well as the release of a new poll that reveals more Americans blame Trump than the Democrats for the government shutdown.

He also criticized past White House occupants and Congresses over the nation's current immigration laws.

"Hard to believe there was a Congress & President who would approve!"

Trump has previously threatened to order the military to close the U.S.-Mexico border in an attempt to tackle a so-called caravan of migrants traveling from Central America to the United States. The president has so far never carried out his threat, however. In October, he wrote on Twitter, "I must, in the strongest of terms, as Mexico to stop this onslaught - and if unable to do so I will call the U.S. Military and CLOSE OUR SOUTHERN BORDER!"

At the time, Trump labeled some of the migrants as "criminals" and insisted a trade deal reached by the U.S., Mexico and Canada could be in jeopardy if Mexico doesn't take steps to stop the caravan.

"The assault on our country at our Southern Border, including the Criminal elements and DRUGS pouring in, is far more important to me, as President, than Trade or the USMCA," Trump tweeted. "Hopefully Mexico will stop this onslaught at their Northern Border. All Democrats fault for weak laws!"

The president on Friday appeared to echo his October statement as he claimed the U.S. was losing money through the North American Trade Agreement (NAFTA) and that closing the border would be a "profit making operation."

Meanwhile, the Democrats appear confident they will win the shutdown blame game because of Trump's repeated threats to shut down the government if Congress does not fund a wall along the U.S.-Mexico border. The Democrats will seize control of the House of Representatives on Jan. 3 — a result of November's midterm election cycle. The new House Democratic majority is expected to quickly pass legislation to reopen the government as Pelosi is poised to reclaim the speaker's gavel.