Elizabeth Warren: "I am not a person of color"

Elizabeth Warren tells an Iowa voter as she begins her presidential campaign: "I am not a person of color." 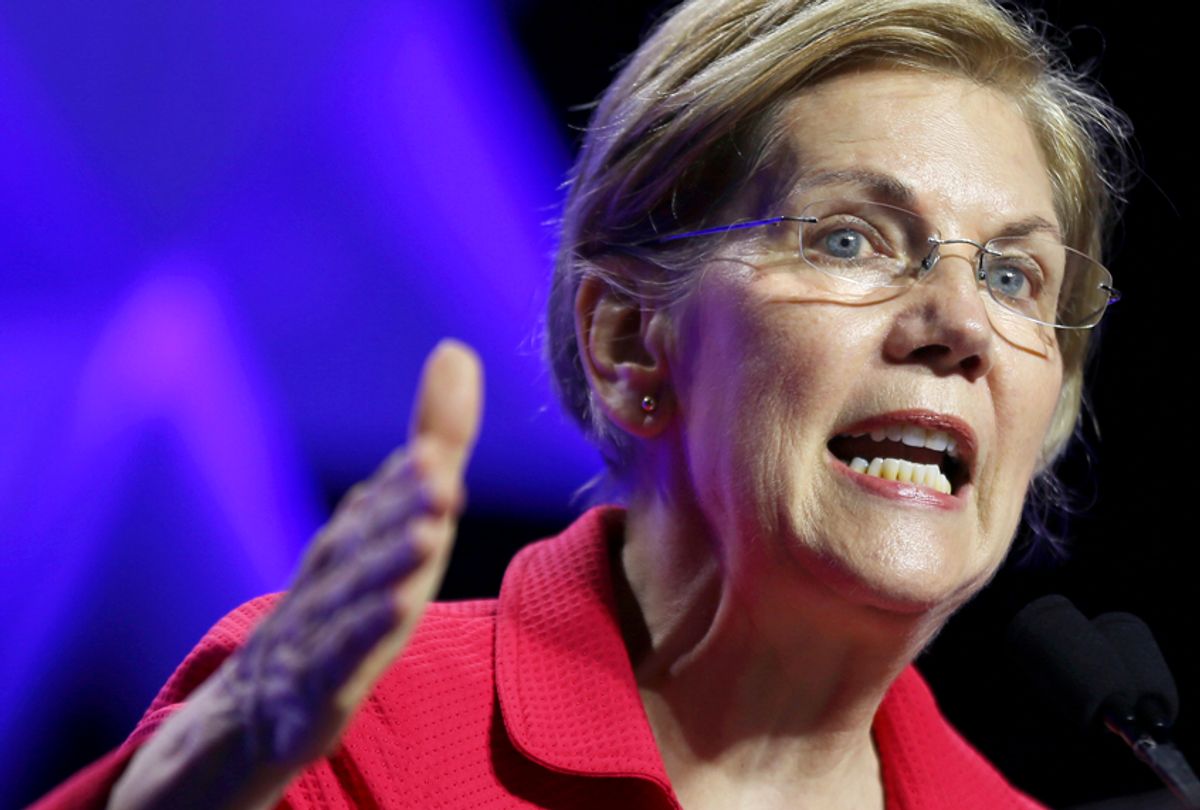 Sen. Elizabeth Warren, D-Mass., reassured an Iowa voter that she does not consider herself to be a "person of color" despite claiming to have Native American ancestry.

"I am not a person of color. I am not a citizen of a tribe. Tribal citizenship is very different from ancestry. Tribes -- and only tribes -- determine tribal citizenship, and I respect that difference," Warren told a voter in Sioux City who asked her about her decision to use a DNA test to prove that she had partial Native American ancestry, according to CNN. When the voter discussed his concern that the controversy about Warren's ancestry could make her vulnerable to attacks by President Donald Trump, she responded that "I can't stop Donald Trump from what he's going to do. I can't stop him from hurling racial insults. I don't have any power to do that."

Warren added, "What I can do is I can be in this fight for all of our families. What I think 2020 is going to be about is not my family, it's about the tens of millions of families across this country who just want a level playing field."

The controversy with Warren stems back to her early claims of having a Native American ancestor, one that she has stuck by despite critics accusing her of either exaggerating or outright fabricating those assertions. In order to disparage her as a politician, Trump adopted the racially charged nickname "Pocahontas" for Sen. Warren. Although many Native American groups have objected to Trump's racist language, there have also been criticisms of Warren from the Native American community for identifying as Cherokee. After she publicized the results of a DNA test in October which demonstrated that she had at least partial Cherokee ancestry, the Cherokee Nation's Secretary of State Chuck Hoskin Jr. declared that "sovereign tribal nations set their own legal requirements for citizenship, and while DNA tests can be used to determine lineage, such as paternity to an individual, it is not evidence for tribal affiliation. Using a DNA test to lay claim to any connection to the Cherokee Nation or any tribal nation, even vaguely, is inappropriate and wrong."

On the other hand, Trump also looked bad when he reneged on his offer to donate money to charity if Warren took a DNA test and it proved she had Native American ancestry.

"I will give you a million dollars to your favorite charity, paid for by Trump, if you take the test and it shows you're an Indian. I have a feeling she will say no. She's based her life on being a minority," Trump told a group of his supporters prior to Warren's taking a DNA test.

Warren is one of the first major names in the Democratic party to formally announce that she is running for president in 2020 and has visited Iowa frequently in order to shore up support for her candidacy, according to Politico.