"I promise you: We will protect the investigation, but we're relying on you to clean this place up," Graham says 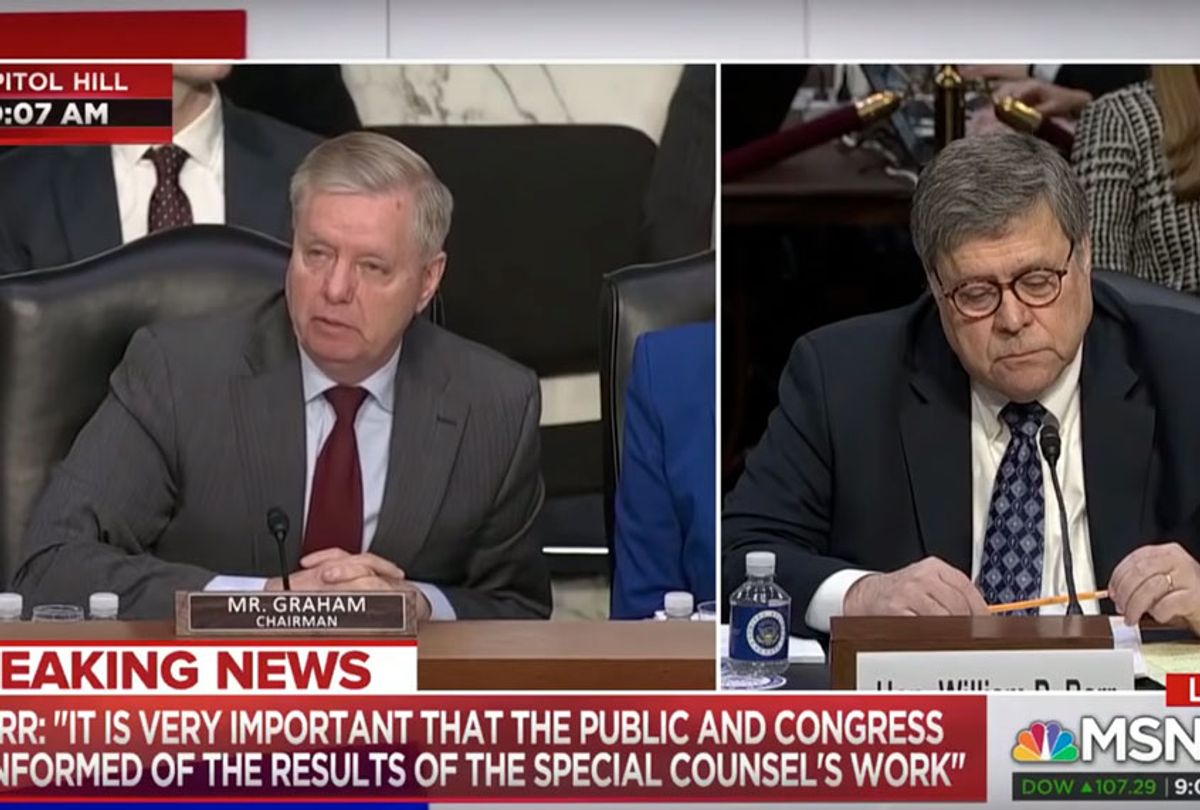 Senator Lindsey Graham of South Carolina, the Republican who chairs of the Judiciary Committee, asked William Barr, President Donald Trump's choice to replace Jeff Sessions as attorney general, if he would "promise" to investigate  allegations of anti-Trump bias among members of special counsel Robert Mueller's team, who are investigating allegations of collusion between Trump's 2016 presidential campaign and the Russian government.

During Barr's highly-anticipated confirmation hearing before the Senate Judiciary Committee on Tuesday, Graham read a series of anti-Trump texts swapped between former FBI officials Peter Strzok and Lisa Page, in which they called the commander-in-chief "an effing idiot" and a "loathsome human being." The two were briefly members of Mueller's team, who were swiftly removed after their texts were revealed. (Strzok also worked on the investigation into Democratic presidential nominee Hillary Clinton's use of a private email server.)

"To all of those that enforce the law, you can have any opinion of us that you like — but you're supposed to do your job without an agenda," Graham told the chamber.

Speaking directly to Barr, Graham asked, "Do you promise me as attorney general – if you get this job – to look and see what happened in 2016?"

"How do you these statements sit with you?" Graham asked Barr.

"I was shocked when I saw them," Barr answered.

"Please get to the bottom of it. I promise you: We will protect the investigation, but we're relying on you to clean this place up," Graham said, referencing the Department of Justice.

Since Trump announced his intention to nominate Barr as attorney general last month, Democratic lawmakers have questioned his previous statements about the special counsel's investigation. Earlier this year, Barr reportedly sent an "unsolicited memo" to the Justice Department, in which he spoke out against the probe. He said that Mueller's inquiry into potential obstruction of justice by Trump was based on a "fatally misconceived" theory that would threaten the presidency and the executive branch.

Watch Graham's line of questions below.