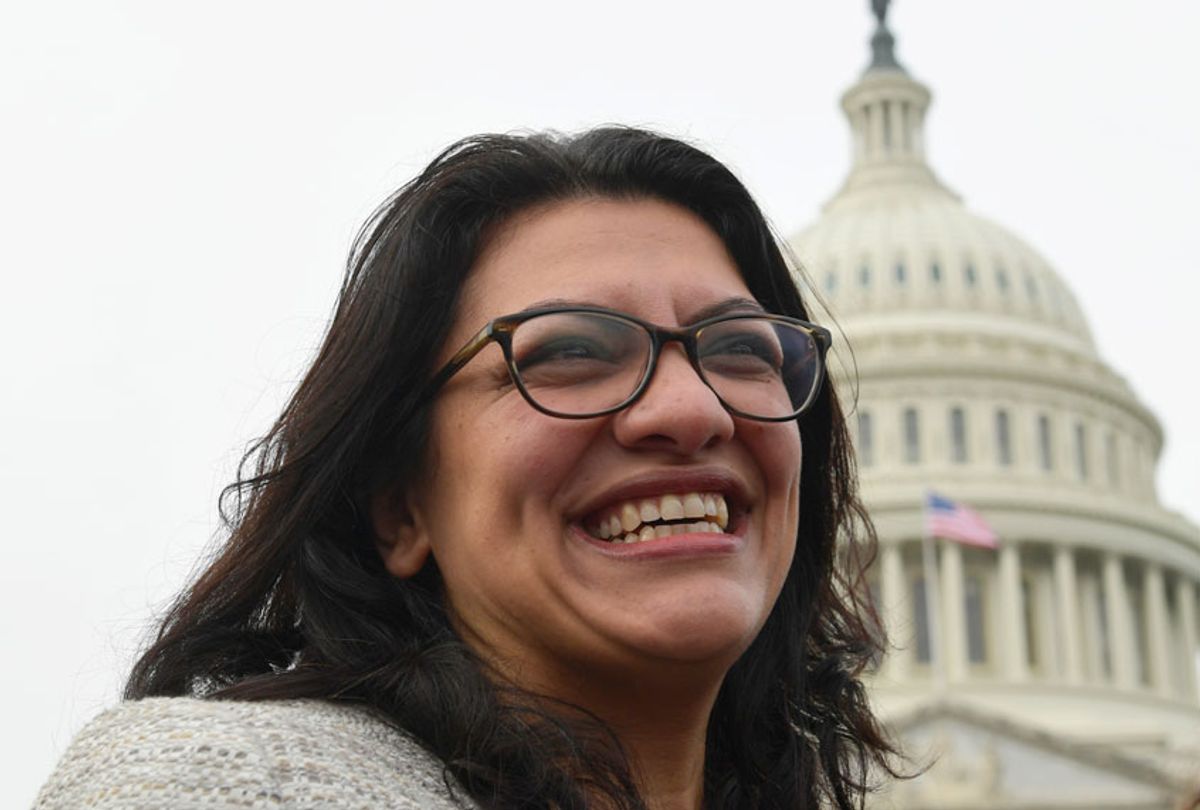 A Florida politician is under attack for making bigoted anti-Muslim comments against Rep. Rashida Tlaib, D-Mich., which implied that she posed a physical threat to the politicians working in the United States Capitol.

Annabelle Lima-Taub, a city commissioner in the south Florida city of Hallandale Beach, is under fire for insulting Tlaib with Islamophobic language in response to the Michigan congresswoman's statement about President Donald Trump. In her controversial remarks, Tlaib had said that Congress should "impeach that motherf--er."

As the Sentinel reported, Lima-Taub signed an online petition to remove Tlaib from office and posted that document on her personal Facebook page. In that post, Lima-Taub wrote, "Proudly signed. A Hamas-loving anti-Semite has NO place in government! She is a danger and [I] would not put it past her to become a martyr and blow up Capitol Hill."

Fellow Commissioners Michele Lazarow and Mike Butler condemned the statement as playing to anti-Muslim stereotypes, with Lazarow writing that "Commissioner Lima-Taub’s behavior is indefensible and a black eye for Hallandale Beach." Meanwhile Wilfredo Ruiz, CAIR-Florida's communications director, wrote in a statement to The Huffington Post that "xenophobic stereotypes must not be embraced by any elected official. Her un-American, xenophobic statements establish that she is unfit to hold the Commissioner’s seat. She must apologize immediately and follow up that apology with her resignation."

Tlaib herself took to Twitter to write that "this sort of hateful anti-Muslim rhetoric doesn’t happen in a vacuum - this President embraced it and Republicans have happily gone along with it."

But Lima-Taub has refused to back down. The Israeli-born politician told the NBC Miami affiliate that she stands by her post.

“I urge anyone that was offended by it, especially some of the self-righteous colleagues that I have, to research and Google BDS, Google Hamas, Google Hezbollah, look up CAIR and look up Rashida Tlaib’s affiliations with these groups,” Lima-Taub said.

The Michigan congresswoman has been accused of bigotry herself. Last week she tweeted her opposition to a bill targeting the anti-Israel BDS movement by tweeting, "they forgot what country they represent. This is the U.S. where boycotting is a right & part of our historical fight for freedom & equality. Maybe a refresher on our U.S. Constitution is in order, then get back to opening up our government instead of taking our rights away." In response, Sen. Marco Rubio, R-Fla., tweeted that "this ‘dual loyalty’ canard is a typical anti-Semitic line." After Tlaib said that the "they" in her tweet referred to "U.S. Senators like yourself, who are seeking to strip Americans of their Constitutional right to free speech," Rubio replied that "Democrats don’t want to move to Middle East Security Bill. A significant [number] of Senate Democrats now support [BDS] & Dem leaders want to avoid a floor vote that reveals that."

Tlaib and Rep. Ilhan Omar, D-Minn, are the only Democrats in either chamber of Congress who openly support the BDS movement.