Anti-Zionism is not anti-Semitism: But disentangling them can be tricky

Rep. Rashida Tlaib has been unfairly accused of anti-Semitism, but there's a reason why these issues get confused 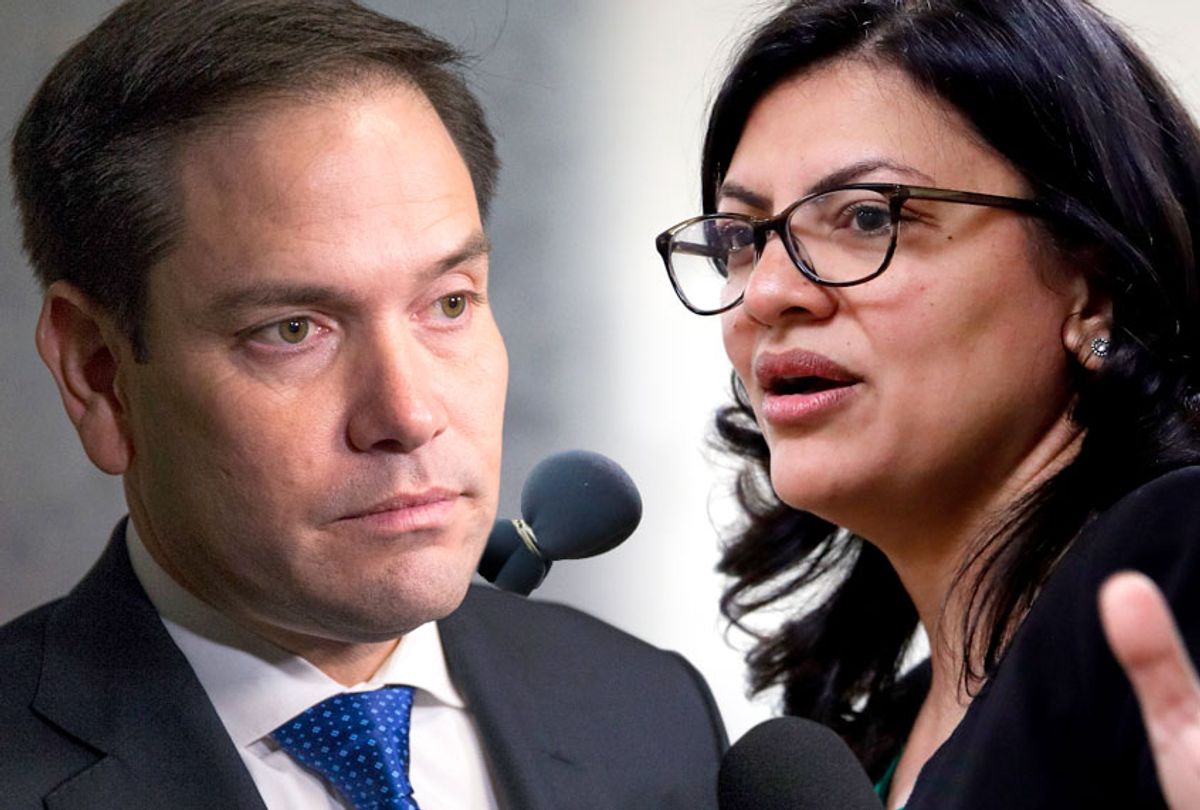 How do we separate anti-Zionism from anti-Semitism? That question has existed far longer than the modern state of Israel itself and no ready answer is apparent. The most recent incarnation of this dilemma occurred recently when Rep. Rashida Tlaib, a Michigan Democrat and the first Palestinian-American woman ever elected to Congress, criticized a Senate bill (currently blocked) that would permit state and local governments to ban contracts with entities who support a boycott of Israel.

"They forgot what country they represent," Tlaib wrote on Twitter. "This is the U.S. where boycotting is a right & part of our historical fight for freedom & equality. Maybe a refresher on our U.S. Constitution is in order, then get back to opening up our government instead of taking our rights away."

It's worth noting that Tlaib wrote this tweet in response to a message posted by Sen. Bernie Sanders of Vermont, an independent whose presidential campaign in 2016 was the closest any Jewish candidate has ever come to winning the Oval Office. Sanders also opposes the bill penalizing supporters of the Boycott, Divestment and Sanctions movement (better known as BDS), and Tlaib was expressing solidarity with his position. The same could not be said of one of the bill's chief supporters, Republican Sen. Marco Rubio of Florida, who responded to Tlaib by accusing her of anti-Jewish bigotry.

In her response, Tlaib tweeted, "Sen. Rubio, it's clear my earlier tweet was critical of U.S. Senators like yourself, who are seeking to strip Americans of their Constitutional right to free speech." She later added, "The American people need Trump and Republican Senators to focus on ending the shutdown instead of inventing controversy to distract from your inaction."

So which side is right? Is it fair for Rubio to articulate the same position as David Harsanyi of The Federalist, who last week accused Tlaib of seeking to wipe Israel off the map?

Let’s face it, it’s not as if Rashida Tlaib (D-MI), who believes "Palestine" should replace Israel on the map, is merely unhappy about Benjamin Netanyahu’s policies. She’s unhappy that the Jewish state exists.

The answer, frustrating though it may be for those who prefer simplicity in their politics, is yes and no.

Yes, it is fair to be suspicious of anyone who drags up anti-Semitic myths like the idea that Jews have dual loyalties, or that Jews have too much power, or that Jews are somehow to blame for racist violence in other parts of the world. It is obvious bigotry to blame "Jews" as a group for the actions of Israeli officials, or to invoke greed and other anti-Semitic stereotypes when describing Israel, or to disproportionately focus on the atrocities in Israel while being conveniently silent about human rights violations committed by Arab or Muslim nations. Whether or not a Jewish state should have been created in the Middle East, it has now been there for 70 years -- denying its right to exist is also, de facto, anti-Semitic.

Those who employ such rhetoric speak in the language of anti-Semitism. If they do so unwittingly, they should accept correction and apologize; millions of Jews have died throughout the millennia as a result  of those kinds of poisonous ideas. If they do so intentionally, then they are in no position to claim the moral high ground about this issue.

At the same time, the truth is that Israel does commit human rights violations. The fact that many wrongs have been done to Jews in the past — and I say this as a Jew who personally experienced a hate crime — does not excuse the suffering that the Israeli government and individual Israelis, have inflicted against the Palestinian people. This explanation by Human Rights Watch from 2017, the 50-year anniversary of the Six Day War, summarizes the problem all too well:

At least five categories of major violations of international human rights law and humanitarian law characterize the occupation: unlawful killings; forced displacement; abusive detention; the closure of the Gaza Strip and other unjustified restrictions on movement; and the development of settlements, along with the accompanying discriminatory policies that disadvantage Palestinians.

Many people of good will look at these offenses and are rightly horrified, and it is both cheap and wrong to seek to use the label of "anti-Semite" to shame them into silence. Similarly, if individuals choose not to do business with the State of Israel because they disapprove of its actions, they have a right to do that without being automatically labeled as bigots.

When I wrote earlier that the answer to this question is not a simple one, that doesn't mean we can't get there. Jews have experienced persecution from the days of ancient Egypt and the Roman Empire through the medieval inquisition, the pogroms and the Holocaust; this long history of prejudice still exists, and Jews are right to be wary of anyone who seems to invoke it. Nevertheless, Jews are human beings (to paraphrase Mark Twain, it is the worst thing that can be said of us), and as human beings they are capable of doing terrible things. When that happens, they should be called out, just like anyone else. Those who draw attention to those wrongs should not be accused of hatred merely for doing so.