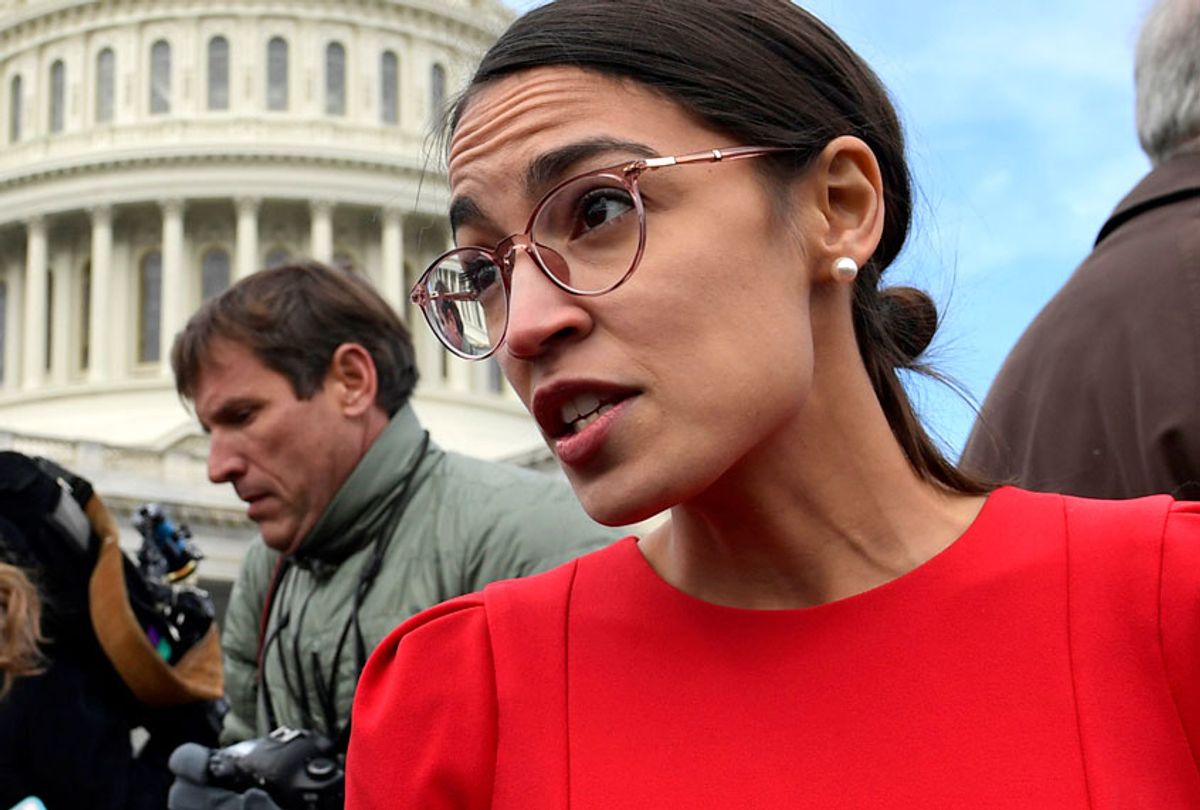 Rep. Alexandria Ocasio-Cortez (D-N.Y.) was the only Democrat in the House of Representatives to vote against a short-term spending bill to end the partial government shutdown on Wednesday, because it would allocate funds to the Immigration and Customs Enforcement Agency (ICE), which she campaigned on eliminating.

"Most of our votes are pretty straightforward, but today was a tough/nuanced call," she explained in a since-deleted Instagram Live video. "We didn't vote with the party, because one of the spending bills included ICE funding, and our community felt strongly about not funding that."

The freshman congresswoman's vote against the funding bill comes after she came under intense scrutiny from progressive activists in her party over a vote earlier this month to fund the Department of Homeland Security, including ICE, through September.

Ocasio-Cortez has emerged as a national progressive firebrand, in the process capturing the attention of Americans of all political stripes. The 29-year-old political novice was sworn into the House of Representatives, as Democrats reclaimed control of the lower chamber. During the Democratic primary in June, the political novice unseated incumbent Rep. Joe Crowley, who at the time was the fourth highest-ranking Democrat in the House. Ocasio-Cortez is a self-identified Democratic socialist who supports universal health care, tuition-free public universities and criminal justice reform. Most recently, she promoted a policy known as the "Green New Deal" to combat climate change and argued that a 70 percent tax on the super-rich could help fund the ambitious plan, which aims to eliminate carbon emissions within 12 years.

Ocasio-Cortez has also boosted a group that recruits primary challengers to Democratic incumbents whom she believes are too moderate. It is rare for sitting members of Congress to back primary challengers against their colleagues, and Ocasio-Cortez's involvement with the grassroots group Justice Democrats has already emerged as a source of tension on Capitol Hill.

"This country has only ever changed for the better by groups of people that were willing to put everything on the line for a better future," Ocasio-Cortez said a recent video for the group. "It didn't happen by people playing it safe. It happened by people putting their whole lives on the line, because they understood that this isn't just about us.

"This is about generations to come," she added. "We have to give it all we got."