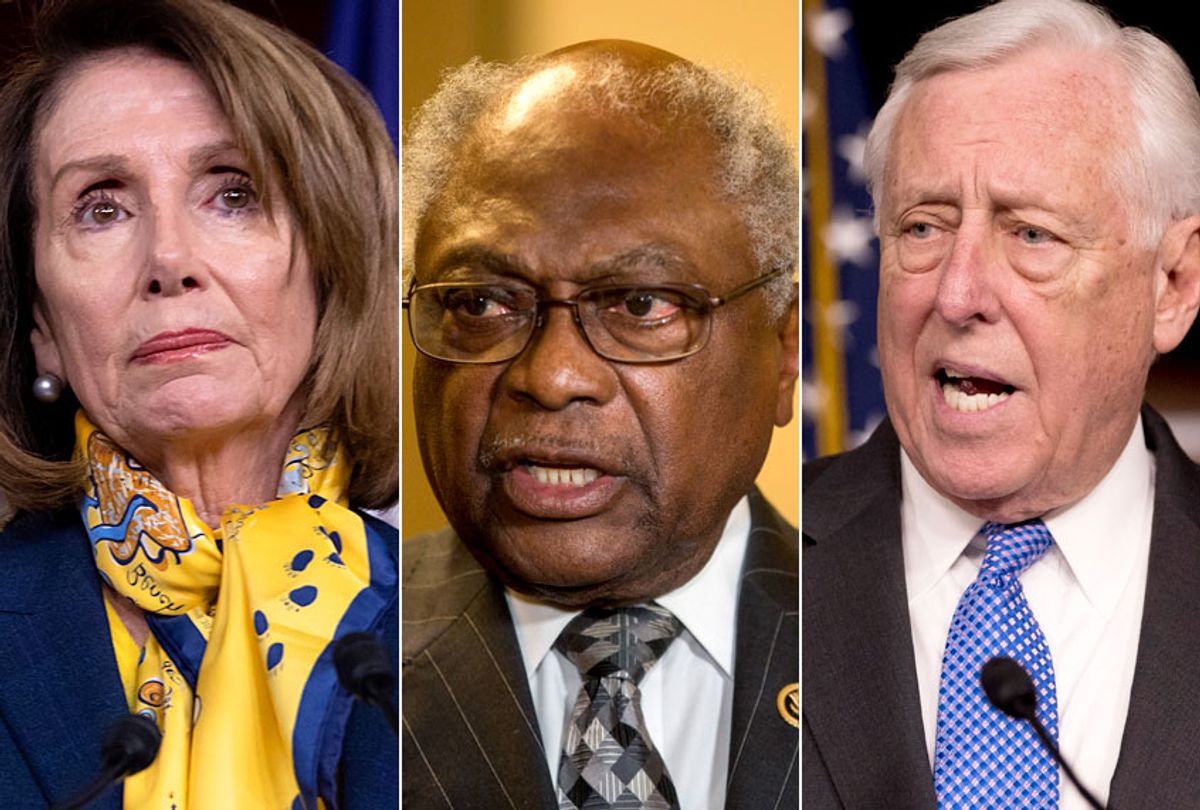 As Democratic leaders in the House reportedly prepare to release a plan to compromise with President Trump by proposing a "smart wall" — that is, increased border security without a literal, physical wall — advocates for immigrants' rights and civil liberties are skeptical.

"We are very disappointed but not surprised that the Democrats would propose 'smart wall' funding — they have included such allocations in previous reform proposals and supported inclusion of these line items in previous budgets," Catherine Tactaquin, executive director of the National Network for Immigrant and Refugee Rights, told Salon by email.

That "heavy investment in technology, Tactaquin continued, "only adds to a permanent infrastructure based on deterrence." Democrats are avoiding the real challenge, she said, "which is to ensure a fair and rights-based migration and refugee policy and adequate financing to support its implementation."

If Democrats propose more than $5 billion for a "smart wall," Tactaquin observed, that would be "$4 billion more than what Trump was even demanding" for such technological upgrades. House Majority Whip Jim Clyburn, D-S.C., has suggested Democrats may offer Trump the full $5.7 billion he has requested, but not for a literal wall.

"By proposing this support for a smart wall," Tactaquin said, Democrats "are caving in to the false narrative about 'uncontrolled' undocumented migration, the fear narrative about terrorists stealing across the border, and countering illicit drug trafficking."

"When people say 'smart wall,' it's sometimes not totally clear what they mean," Guliani told Salon. The term has been used "to refer to a lot of things, including increased technology that can pose privacy and civil liberties concerns." A  "smart wall," Guliani said, could mean "increased use of drones," for instance, which raises both "efficacy questions" and "a lot of privacy and civil liberty concerns."

Guliani added that the Department of Homeland Security "doesn't always have a history of using the technology in a way that doesn't infringe on people's civil liberties. I use drones as just one example, but people have also talked about the 'smart wall' to refer to enhanced sensors, [and] enhanced surveillance generally, without a lot of specifics.

"Many of the things that people have suggested would constitute a 'smart wall' don't sound very smart and certainly aren't harm-free," she concluded. "It comes at a cost and the cost is privacy, surveillance and civil liberty concerns."

Some political activists are also dismayed with the reported Democratic proposal.

"Trump's wall is a symbol of a long-held Republican strategy to divide-and-conquer America for their billionaire donors," Waleed Shahid, spokesperson for the progressive coalition Justice Democrats, told Salon by email. "Democrats should not be aiding such a strategy and providing Trump a symbolic victory for his racial fear-mongering. $0 is appropriate for the wall."