How can sexual abuse survivors get justice when the system fails them?

A profile of Lorena Bobbitt and Lady Gaga's deposition show how far we still have to go, and yet how far we've come 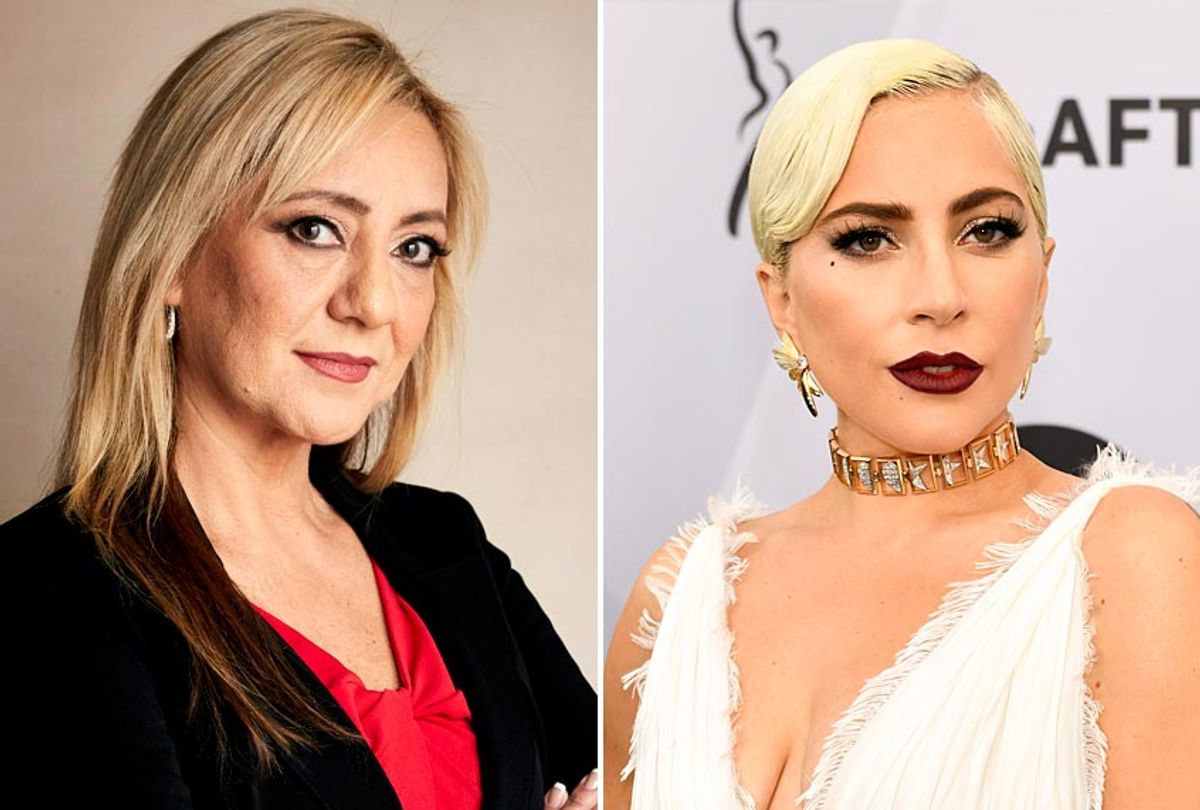 Court documents from the ongoing legal battle between Kesha and Lukas "Dr. Luke" Gottwald, whom she has accused of sexual assault, were unsealed Tuesday, and a deposition made by Lady Gaga in September 2017 demonstrates both how difficult it is to prove cases of sexual assault in the legal system and how re-traumatizing the process can be for survivors and those called on to testify. A heavily redacted version of the deposition was first published last year, but a full, more graphic transcript has been obtained by The Blast.

Gaga's lawyer began the deposition by reminding everyone that the actor/singer is "a sex abuse survivor" and "this deposition has proved to be a trigger event for Ms. Germanotta." He continued, "and she has experienced in the past few hours some PTSD reactions which is causing some trauma and emotional reactivity. So she is crying now the record will reflect."

Gaga went on to explain that when she first met Kesha, it was at Dr. Luke's home studio and "Kesha was in a back room with only underwear on," and that Kesha had told her over several years that Dr. Luke abused her. "What I recall was her immense sadness and depression and fear," Gaga said of Kesha. "She was visibly very different than when I had seen her before."

When Luke's lawyer questioned whether his client's reputation had been damaged because of Kesha's claims, Gaga responded, "Reputation, if you are asking about his reputation in the world, I don’t feel at liberty to speak for the entire world. So if you are asking what my view is of his reputation, I made my view of him and his reputation when I saw her in that back room. That was an image that — of something that happened to me, and I felt and knew in my heart that she was telling the truth, and I believe her."

Luke's lawyer asked for confirmation that Gaga had "no personal knowledge or information" regarding the relationship between Kesha and Luke, which Gaga disputed. "I do have knowledge," she said. "She told me he assaulted her."

His lawyer continued to probe, questioning if Gaga had any information beyond what Kesha told her. "Well, you know — when men assault women, they don’t invite people over to watch," she replied. "And when this happens in this industry, it is kept extremely secret, and it is compounded by contracts and manipulative power scenarios that actually include this very situation that we are all in right now."

Luke's lawyer followed up, "But, again, there are people that are falsely accused of rape, aren’t there? You think there has never been a false accusation of rape?"

"How about all of the women that are accused of being liars and how she was slut shamed in front of the world, how about that?" Gaga shot back.

In a statement released today, Dr. Luke's legal team asserts, "Being passionate about a topic that concerns us all is admirable. However, Lady Gaga has no knowledge of what happened on the night at issue because she was not there. The actual evidence shows, among other things: Kesha got kicked out of a party after drinking too much and vomiting. As an act of kindness, Dr. Luke offered to allow her to sleep in his hotel suite, a few blocks away. Kesha slept on the bed in the hotel suite, while Dr. Luke separately slept on the couch. Dr. Luke testified under oath that he did not have any contact with Kesha. Kesha herself admitted under oath that she has absolutely no memory of Dr. Luke even being in the hotel room. Kesha has no memory of Dr. Luke engaging in inappropriate contact with her because it did not happen."

Lady Gaga's deposition is a powerful example of a sexual assault survivor standing up for herself, for another individual, and against the rape culture that still engulfs society at large. But for those who are only inclined to believe an allegation to be true after a jury returns a guilty verdict, the heated exchange documented in the deposition makes clear that attitudes can't be shifted from inside a courtroom alone. Sexual misconduct, which often has little substantive evidence and frequently comes down to a he-said/she-said situation remains one of the hardest types of cases to prove in court, if they even make it to court at all. And 995 out 1,000 perpetrators will walk free, according to RAINN.

We've seen this duality (of wide belief, and yet legal skepticism) play out on the national stage recently with Christine Blasey Ford's testimony about Brett Kavanaugh during his Supreme Court confirmation hearings. And I think it charges us to reframe the rigid standards around how and when we extend empathy to survivors of sexual violence, as well as to reimagine what justice and healing for survivors can look like.

In response to this dynamic, #MeToo founder Tarana Burke debuted a series of PSAs about sexual assault at Sundance this past weekend. The short videos are animated and feature the voices and stories of sexual violence survivors, some of whom are anonymous. One of the voices is actor and sexual assault advocate Terry Crews, who has been inundated with ridicule and hate since coming forward with his own experience.

"I hope that we're able to really influence pop culture," Burke told Refinery29. "I really hope we're able to influence the dominant narrative around sexual violence, which is that the bodies are at fault."

"The whole part about changing hearts and minds is that, those people who are living their lives everyday out here in the world, they shape policy," she continued. "Everything from voting on a new law or some kind of policy, to being on a jury, we need people to really understand what it is to be a survivor [and to] have deep empathy with that experience. So that when they go out in the world, and they, one way or another, affect our lives, they're doing it with an understanding of what it is that we've experienced." Burke believes that the more people understand sexual violence, society ultimately becomes better equipped to end it.

Given the incredibly high bar for obtaining sexual assault convictions and the slow pace at which standards shift, it's clear that such victories in court will continue to be far and few between. But there is evidence that the culture and public consciousness is changing around us. The New York Times published a profile of Lorena Gallo, formerly Bobbitt, ahead of the premiere of "Lorena," a four-part, Jordan Peele-produced docu-series premiering on Amazon Prime Feb. 15.

Lorena is most-known for cutting off her then-husband John's penis. Less known are the years of abuse she claims she endured at his hands, including domestic violence and repeated marital rape. "They always just focused on it..." she told the Times. "And it’s like they all missed or didn’t care why I did what I did."

Like the public piling-on of Monica Lewinsky during the Bill Clinton investigation, and the snickering around the alleged R. Kelly "pee tape," there was hardly any public display of empathy or even interest in Lorena's experience when the news about her broke — people were too busy making her the punchline of jokes for years. "I don’t even buy that he was raping her," Howard Stern famously said on one segment of his radio show. "She’s not that great looking."

"I was the subject of so many jokes in the ’90s and to me it was just cruel," Lorena told the Times. Speaking of herself, Lewinsky, and others, she added, "We were vilified by the media, vilified and that is so sad. It happens to women."

But in 2018 and 2019, the narrative is shifting, though the barrier for belief remains complicated by race, class, gender and sexuality. Lewinsky's story was reframed in the "Clinton Affairs" and powerfully through her own words in Vanity Fair. The many alleged victims of R. Kelly were, belatedly, granted a six-hour platform in "Surviving R. Kelly," and Lorena's own story will finally be told in full next month.

As we've already seen, there is so much power in storytelling, both for the sake of survivors and as a way to garner empathy and change culture. After nearly 30 years of abuse allegations, R. Kelly was finally dropped by RCA Records after the airing of "Surviving R. Kelly," and he has been largely relegated to a social death, with many fans, former collaborators, and radio DJs denouncing him and refusing to play his music.

My point here isn't to dismiss or delegitimize survivors who want to use the legal system for justice. But there can be multiple paths to healing and empathy, and storytelling has proven to be a powerful, transformative method.

As Katie Ray-Jones, chief executive of the National Domestic Violence Hotline, told the Times, it was the "national dialogue that started with Anita Hill, Lorena Bobbitt, O.J. Simpson," which "finally created a national discourse that gave us some traction on legislation." And the Violence Against Woman Act was passed in 1994.

The deposition with Lady Gaga is a stark example of how far we still have to go when it comes to a massive shifting of the public's perception of sexual abuse survivors and which narratives prevail. But when we look beyond the courts, through the retelling of the stories of Monica Lewinsky, Lorena Gallo, Anita Hill, Christine Blasey Ford, the alleged victims of R. Kelly and Michael Jackson, we can also see how far we've come. What has always been the next and hardest step is that such a shift and nuance then also be extended, beyond those in the public eye.