Sixty percent of Americans oppose the construction of a wall along the southern U.S. brother with Mexico 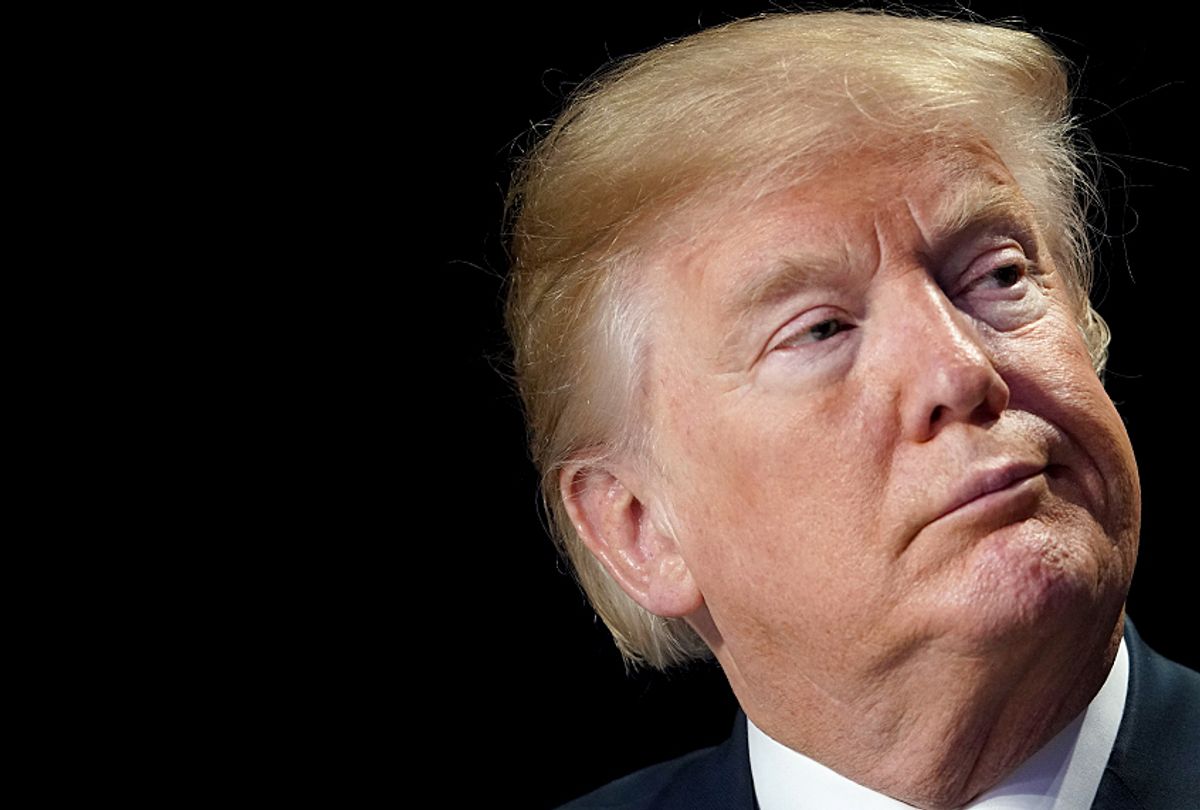 President Donald Trump's proposal to construct a "wall" along the U.S.-Mexico border remains unpopular with a large majority of Americans, according to a new Gallup poll.

The survey reveals that 60 percent of voters say they oppose the construction of a wall along the southern border.

Sparring over Trump's proposed border wall led to a record 35-day partial shutdown of the federal government over Congress' inability to pass a spending package that included the $5.7 billion the commander-in-chief has claimed is necessary to build the wall along the U.S.-Mexico border.

However, the shutdown, which ended Jan. 25, and the political feuds that preceded it over the past several months appear to have little effect on public opinion about the wall, the survey shows. In June, roughly the same percentage of voters (57 percent) opposed the construction of the wall in a similar poll — a statistically insignificant three percentage point difference from the current number.

Last month, Trump and congressional Democrats reached a deal to reopen the government for three weeks until Feb. 15, while negotiations continue over border security and a spending package that includes the billions he has requested to construct the wall he promised Mexico would pay for while on the 2016 campaign trail.

The president has repeatedly told vivid and, at times, disturbing anecdotes of criminal activity — which have not been supported with evidence — in an attempt to rally support for his wall, which he has claimed is necessary to curb illegal immigration, drug trafficking and crime. Democrats, who seized control the House of Representatives in November during the 2018 midterm elections, have denounced his demand, calling the wall immoral, ineffective and costly.

While Trump appears to have caved to Democratic demands by reaching a tentative deal to open the government as negotiations continue, he did not back off his demand to secure the more than $5 billion to construct the wall, warning that he would use "other alternatives" to jump-start wall construction "if I have to."

"I have other alternatives – if I have to. And I'll use those alternatives – if I have to," Trump said at a news conference last month, referring to his repeated threat to declare a national emergency in order to fund his wall if Democrats do not budge. "We want to go through the system. We have to have a wall in this country. We have criminals pouring into our country."

"We really have no choice but to build a powerful wall or steel barrier," he said. "If we don't get a fair deal from Congress, the government will either shut down on Feb. 15 again or I would use the powers afforded to me under the laws and the Constitution of the United States to address this emergency."

"We will have great security, and I want to thank you all very much," he concluded. "Thank you very much."

Notably, if Trump decides to declare a national emergency, it would likely face court challenges. Republicans lawmakers and White House officials, including Jared Kushner, have indicated they would prefer Trump not to rely on such an option to build the wall because of the legal challenges that would follow.

The Gallup survey was conducted between Jan. 21-27, with nearly two-thirds of people being interviewed before Trump ended the government shutdown over the matter. Although the wall is unpopular, the same poll revealed that three-fourths of the public support the hiring of "significantly more" border patrol agents. Additionally, the proportion of Americans wanting to increase immigration levels has grown — from 21 percent in June 2016 to a record-high of 30 percent now.