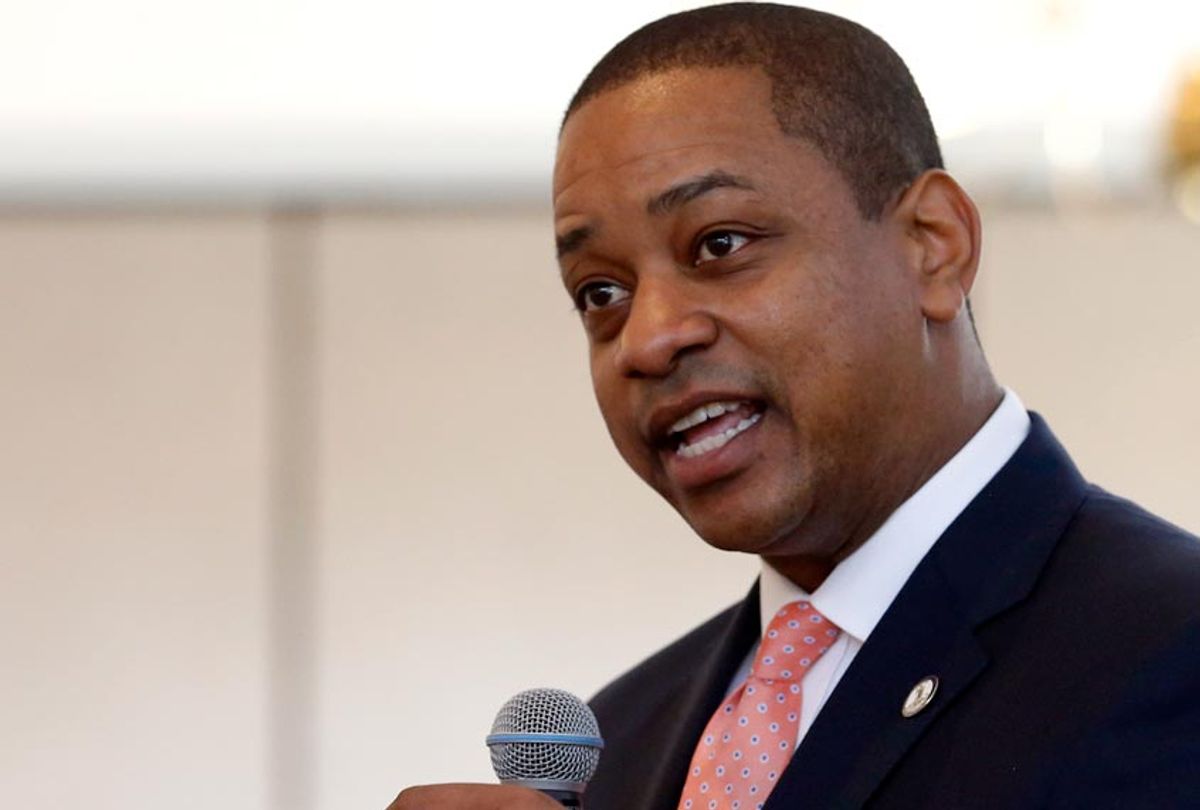 Virginia Lt. Gov. Justin Fairfax, a Democrat, has denied a sexual misconduct accusation made against him as he appears poised to take over for embattled Gov. Ralph Northam, who may resign at any moment. Since issuing his original denial, however, Fairfax admitted on Monday afternoon that the 2004 sexual encounter described by his accuser occurred, but says it was consensual.

After describing the accusation as "false and unsubstantiated," Fairfax's initial statement argued that the lieutenant governor "has an outstanding and well-earned reputation for treating people with dignity and respect" and denied that he had ever committed sexual assault.

According to Fairfax's statement, the woman who made this allegation "first approached the Washington Post ... more than a year ago," around the time of Fairfax's inauguration. "The Post carefully investigated the claim for several months. After being presented with facts consistent with the Lt. Governor's denial of the allegation, and significant red flags and inconsistencies within the allegation, the Post made the considered decision not to publish the story."

Fairfax described the accusation as "part of the sad and dark politics" that he has "dedicated himself to helping Virginia and the nation rise above," and concluded by suggesting he "will take appropriate legal action against those attempting to spread this defamatory and false allegation."

Fairfax's apparent accuser is Vanessa Tyson, a professor at Scripps College in Claremont, California. Through a friend, Tyson contacted the site Big League Politics, which published her account of an alleged sexual assault at the 2004 Democratic convention in Boston:

Imagine you were sexually assaulted during the DNC Convention in Boston in 2004 by a campaign staffer. You spend the next 13 years trying to forget that it ever happened. Until one day you find out he's the Democratic candidate for statewide office in a state some 3000 miles away, and he wins that election in November 2017. Then by strange, horrible luck, it seems increasingly likely that he'll get a VERY BIG promotion.

Fairfax is not named in Tyson's post, but he was a staffer on John Kerry's presidential campaign in 2004 and was elected to statewide office in Virginia in November 2017. The "strange, horrible luck" appears to refer to the scandal involving Northam, whose personal page in his 1984 medical school yearbook features a racially offensive photo of two young men, one in blackface and the other. wearing Ku Klux Klan regalia. Northam initially apologized for the photograph, but has since said that neither of the men is him.

Virginia's leading Democrats, and many other political figures around the country, have made it clear that they want Northam to resign as a result of the scandal. If he does so, Fairfax would succeed him as governor.

Virginia's two U.S. senators, Tim Kaine and Mark Warner, along with Rep. Bobby Scott -- all Democrats -- released a joint statement following Northam's weekend press conference. They said they had called Northam "to tell him that we no longer believe he can effectively serve as Governor of Virginia and that he must resign." They concluded by saying that Northam "has served the people of the Commonwealth faithfully for many years," but that the disturbing events of the yearbook saga "have inflicted immense pain and irrevocably broken the trust Virginians must have in their leaders."